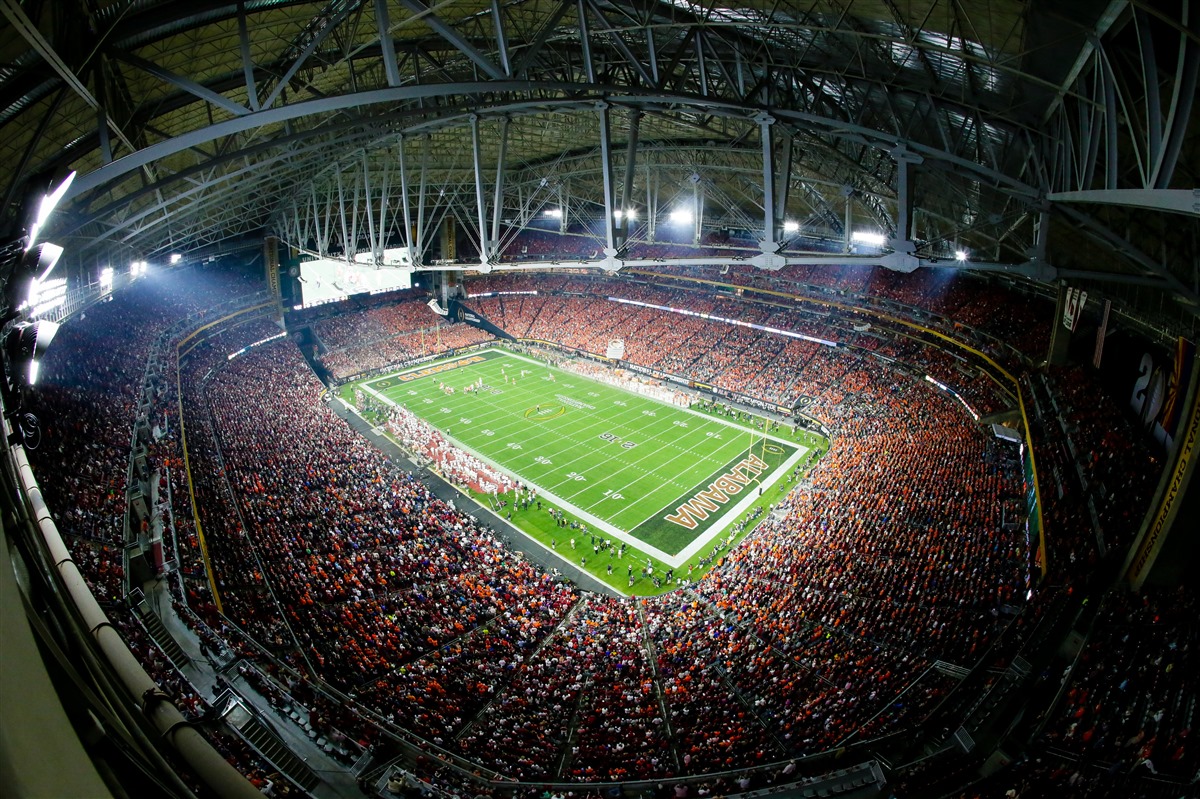 What a weekend in college football. Between the New Year’s Six bowls and the semifinal games, we got a little taste of everything we needed to cap off another year of college football. Now, we’re anxiously awaiting the biggest college football game of the year: the national championship game.

Next week, we’ll be in Tampa to see Alabama and Clemson face off once again in this highly-anticipated rematch. Will Alabama continue to reign as king or can Clemson snatch the crown?

I think we can all agree the semifinals did not go as everyone planned. Alabama vs. Washington was at least reasonable, and we all figured Alabama would destroy Washington. But Clemson vs. Ohio wasn’t even close. It’s not surprising that Clemson won, but I don’t think anyone thought it would be as bad of a massacre as it was. 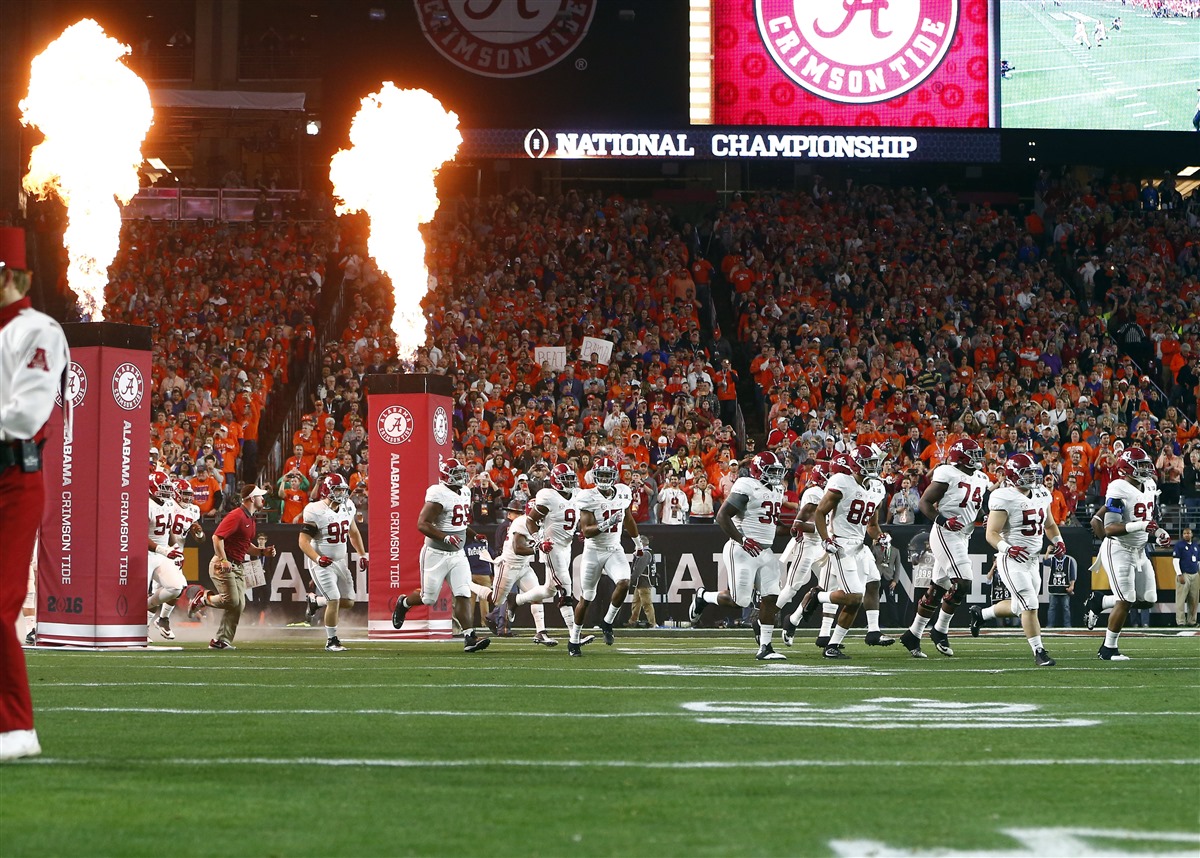 Alabama took care of business as usual and dominated Washington in the Peach Bowl. The Huskies got on board first with a nice touchdown pass from Jake Browning to Dante Pettis to give them a 7-0 lead. However, that didn’t last long and was about it for the Huskies the rest of the game.

Alabama answered with Bo Scarbrough’s touchdown to tie the game at 7-7. The Crimson Tide continued with a field goal after recovering a fumble and then intercepted a pass right before halftime and returned it for a touchdown to go up 17-7.

Both defenses settled in in the second half and the third quarter was relatively silent. The fourth quarter brought another touchdown for Alabama on a sweet 68-yard touchdown that made the score 24-7.

The Huskies just couldn’t get their offense rolling and the Crimson Tide’s defense pummeled them throughout the game. Overall, Alabama got the job done with a 24-7 victory, but it wasn’t exactly the spectacular offensive performance we all expected. But hey, they’re going to the National Championship and that’s all that matters.

Where do we even begin with this game? Clemson held nothing back and Ohio State…well…they didn’t do much of anything. The Buckeyes defense did everything they could to keep Ohio State in the game, but they did not get any help from the offense.

Even with the Buckeyes intercepting Deshaun Watson twice, they really couldn’t contain him. Watson completed 26 of 36 passes for 259 yards and a touchdown. He rushed for 57 yards and two touchdowns.

The Tigers put the pressure on J.T. Barrett and held him to 127 yards on 19-of-33 passing – a rather disappointing performance to say the least. It didn’t help that kicker Tyler Durbin missed a pair of 47-yard field goals.

Clemson came out as a dominant force, but it started getting ugly after C.J. Fuller’s 30-yard touchdown a couple minutes before halftime. The Tigers never let up adding two more touchdowns in the second half to clinch a 31-0 victory.

Urban Meyer got shut out for the first time in his head coaching career, and we know that stings. But that’s what happens when your offense is a nightmare and you face a team that can pounce on your weaknesses. Clemson was the better team, and the Fiesta Bowl definitely proved it. 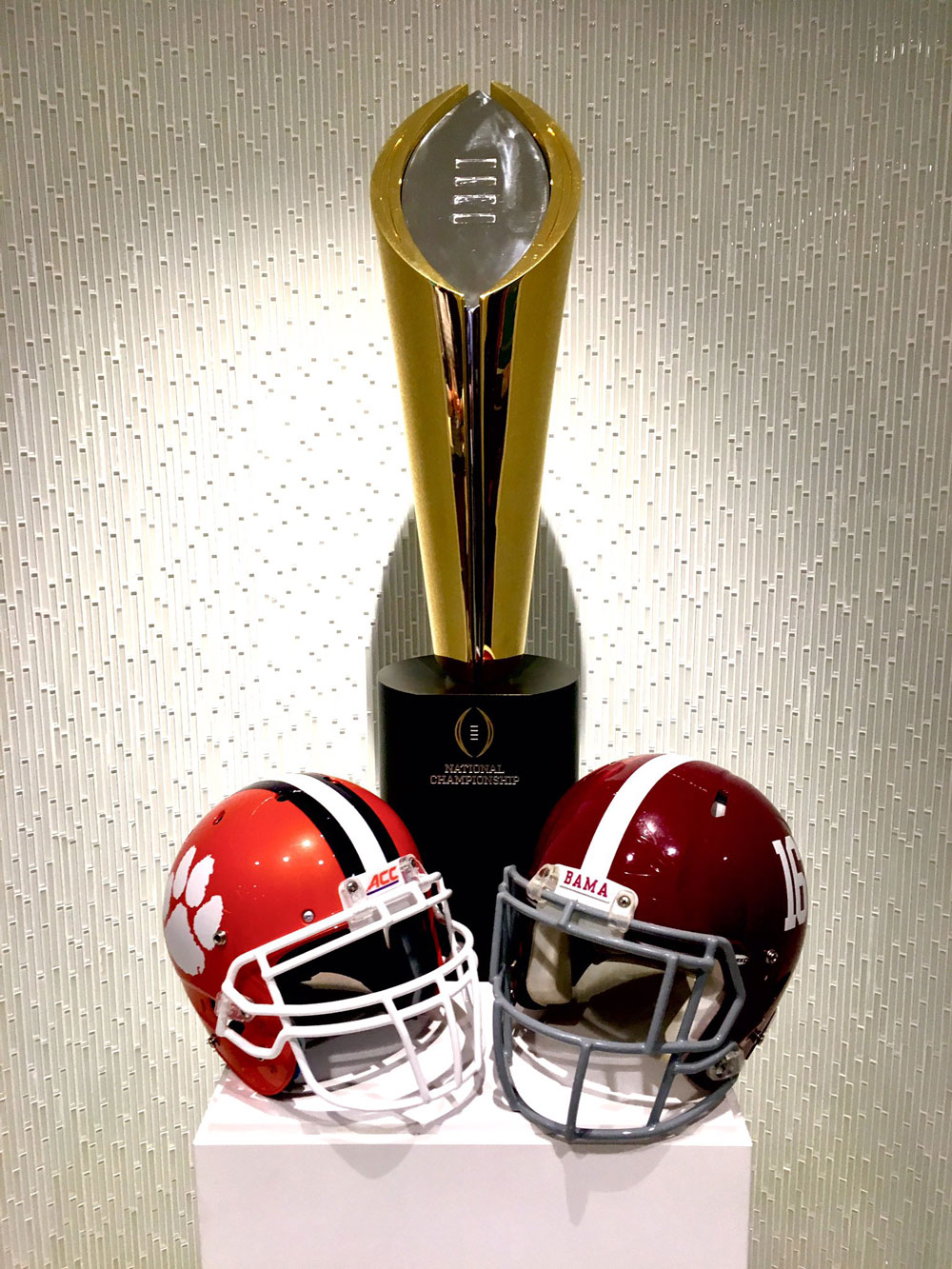 That leaves us with Alabama and Clemson in the national championship game. The two best teams in college football will once again face off, and I think we are all ready for this rematch.

Clemson was well-prepared for their matchup against Ohio State, and they got everyone’s attention after their shutout win, but Alabama is a different beast.

Scarbrough’s rushing attack is a crucial component of Alabama’s offense, but the Tigers would be foolish to overlook Jalen Hurts’ passing ability. Although his performance against Washington wasn’t remarkable, he still has the talent and ability to throw the ball downfield and make fantastic plays.

What will be interesting to see is how Alabama’s top-ranked defense manages Watson and his offense. Clemson must play their best game in order to counter Alabama’s front seven, and Alabama must utilize their top playmakers to stop Watson and running back Wayne Gallman.

Both teams have everything they need to win – it’s just a matter of how everything works together. Alabama’s defense is good at winning games, but if Clemson plays like they did against Ohio State, we could see another shootout like last year.

The Tigers are out for revenge, but the Crimson Tide are ready to leave them empty-handed, again.

Get Your Official Ticket Package

Now that you know who is in, it’s time to plan your trip to Tampa for the national championship game. Choose from a wide variety of seating options and get exclusive access to pregame hospitality, which includes gourmet food, premium open bar and collegiate football legends appearances.