The world’s greatest collector car auction is only a few months away! Next year’s 45th anniversary is already gearing up to be one heck of show, and with over 1,500 rare and collectible vehicles up on the docket available for bidding, it could be the biggest Barrett-Jackson auction to date.

“Our 2016 Scottsdale auction is particularly meaningful because it celebrates our 45th anniversary,” said Craig Jackson, chairman and CEO of Barrett-Jackson. “My father, Russ Jackson, and his friend, Tom Barrett, started the auction with one auction and a few select cars. More than four decades later, Barrett-Jackson has become the premier collector car auction company for enthusiasts around the world. Of course, our 45th anniversary is as much about our future as our past and that’s why we continue to bring new assets to our events, such as the Experts’ Symposiums.”

The 45th Anniversary Scottsdale Auction will include a host of exciting activities, events and exhibits over the course of the week. The Cox Family Value Daywill kick off the week on Saturday, January 23, with free admission for children under 12. The Opening Night Gala, a renowned event held at each of Barrett-Jackson’s four annual auctions, will be on the evening of the 23rd. Registered bidders, consignors and sponsors receive invitations to the gala. Throughout the nine-day auction, fans can participate in the Ride ’N Drives and Thrill Rides with Ford, Chevrolet and Dodge, as well as shop the vendor marketplace and enjoy live music on select evenings.

New to the 45th Anniversary Scottsdale Auction will be the Experts’ Symposiums held early in the week. Here, enthusiasts can get an idea about what to look for when buying a car and hear from Barrett-Jackson’s team of experts. This team works at each event to help review certain high-end and rare cars that may be represented, by the consignor, as having matching numbers or documented with show provenance. The symposium schedule will be announced and available online as the auction approaches. 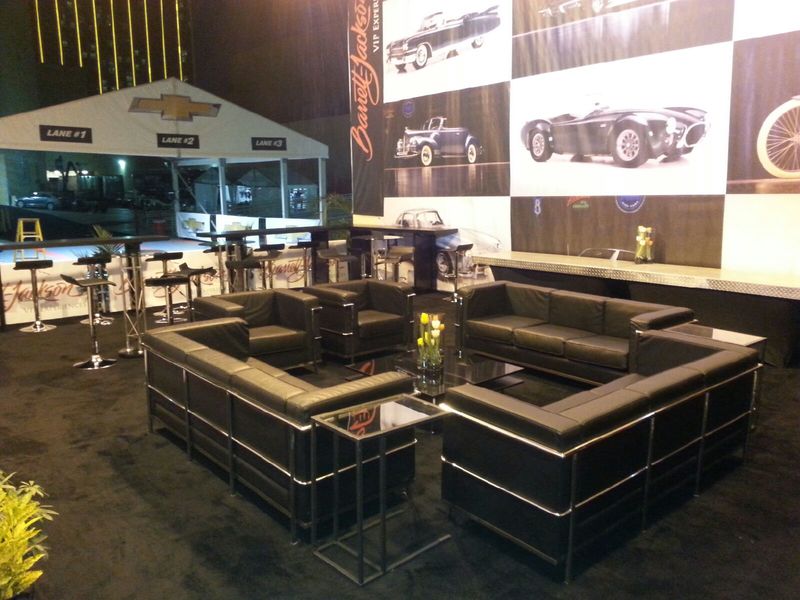 There are many ways to enjoy the 45th anniversary of the Barrett-Jackson auto auction, but there’s only one way to experience all of it like a VIP. Barrett-Jackson VIP Experiences combine the greatest collector car auction with all things VIP. You’ll enjoy nine glorious days in Scottsdale for the complete auto auction, your bidder badge (to be able to participate in the auction), INDOOR VIP hospitality access, an auction tour, as well as the option to include hotel and transportation accommodations for your trip. You can read more about the inclusions in our Official Ticket Packages here.

The 10 Coolest Cars You're Not Going to Want to Miss

With more collectibles than we can count, we narrowed it down to our favorite 10 vehicles you can’t miss at the 45th Anniversary in Scottsdale!

See You at the 45th Annual Barrett-Jackson Auto Auction!