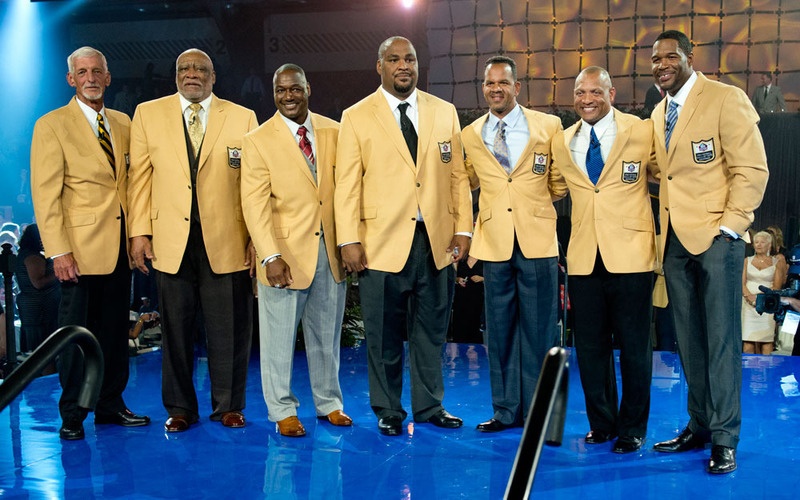 The Concert for Legends at Tom Benson Stadium is one of the highlights of the PFHOF Enshrinement Weekend. In 2015, Living Colour took the stage followed by the one and only Aerosmith. Steven Tyler was nothing short of amazing as he performed all the classics including Sweet Emotion and Dream On. Nothing could compete with the intensity and excitement of the crowd – everyone was on their feet singing along as if their life depended on it. Our guests in particular raved about their fantastic field level seating location.

Diamond and Platinum guests are able to enjoy an exclusive photo opportunity on the Enshrinement
Stage the day of the ceremony. In other words, you can stand in the same place the Class of 2016 will stand and get your photo taken in front of the big screen. Last year, guests showed their team spirit and got really creative with their photos. They were then able to download their high-quality complimentary photos a few days later.

The main reason we are all here, the Enshrinement Ceremony is probably the anticipated event of the weekend. Being able to witness the new class unveil their busts and become enshrined into the Hall of Fame is nothing short of amazing. Plus, the speeches really tug at your heartstrings! It’s one thing to watch the speeches on TV; it’s another thing to be there and be able to feel the emotion in the stadium. Last year, all of the speeches were incredible, from Sydney Seau’s elegant speech about her father to Jerome Bettis’ enthusiastic speech backed by thousands of Steelers’ fans. 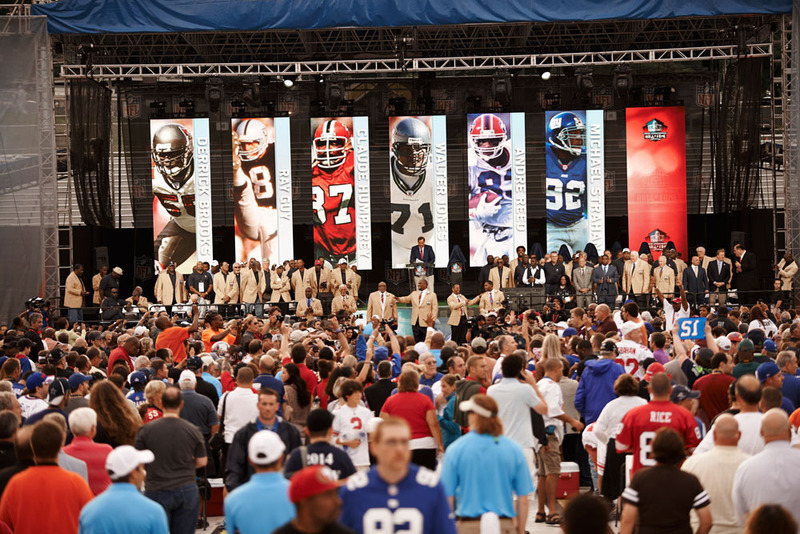 Only available to Diamond guests, the Autograph Session is the cherry on top of the weekend. This is your chance to be face-to-face with the current class and have them sign a prized possession. Last year, guests brought all kinds of things for the Hall of Famers to sign including helmets, jerseys and pictures. This is a great opportunity to interact with them on a more personal level, and you can really see their personalities come out.

The weekend ends with the NFL/Hall of Fame Game at Tom Benson Stadium. Last year, the Steelers and Vikings faced off, which ended with a 14-3 Vikings win. The game really brings out the spirit of the crowd, especially for our guests who could witness the action between the 35 yard lines. It’s the perfect way to wrap up an exciting weekend! 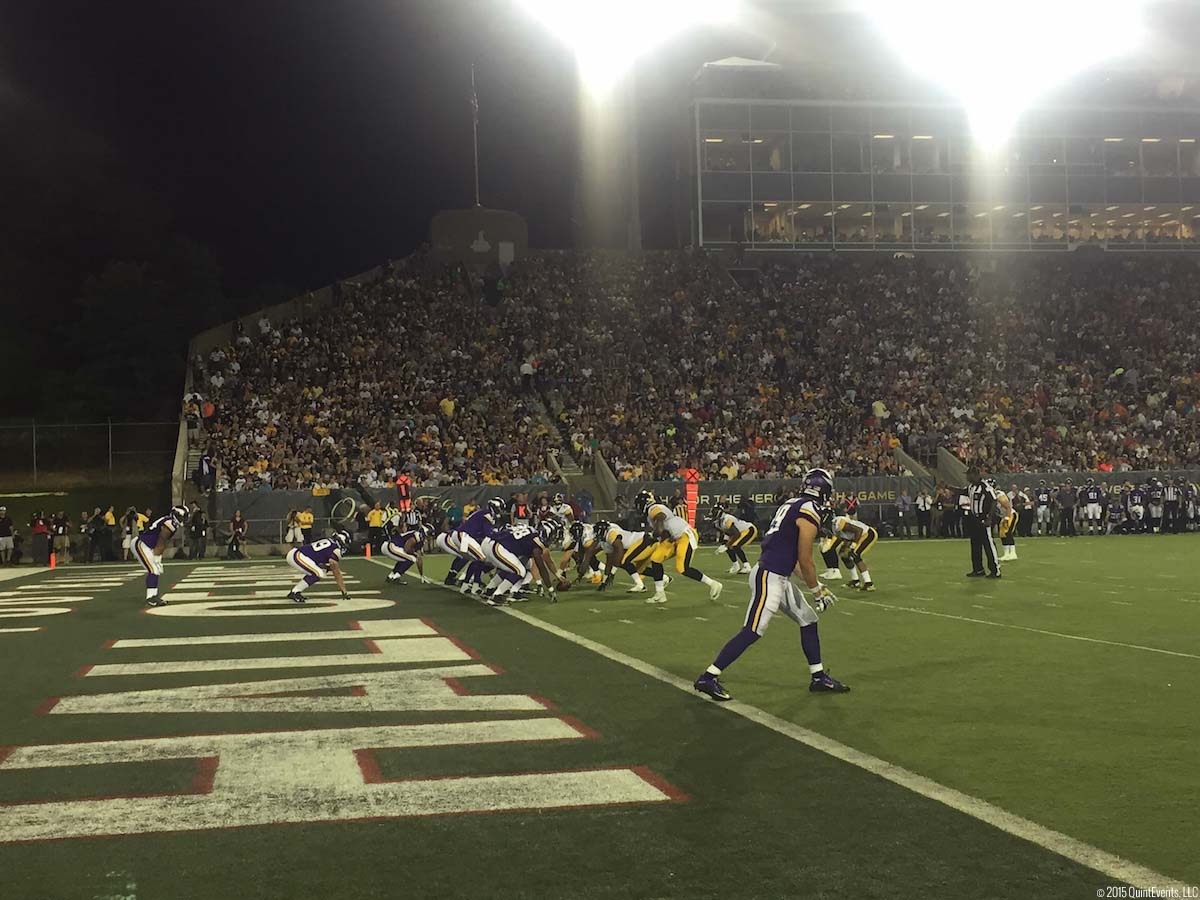 It’s time to start thinking about next year! The Pro Football Hall of Fame Enshrinement Weekend is action-packed, full of excitement and incredibly fun. No matter who you are or what you love, there is something for everyone to experience and be a part of.

We know you want to be a part of this experience in 2016! Enjoy exclusive parties, VIP access, meet and greets with Hall of Famers, and an autograph session, plus all of the big events including the Gold Jacket Ceremony, Enshrinement Ceremony and Hall of Fame Game!

With an Official Ticket Package from Pro Football Hall of Fame Experiences, you can be there next year to celebrate the Class of 2016!