Why One Super Bowl Ticket is Just Not Enough

Have you ever experienced the thrill of a Super Bowl game? Congratulations, you’re in a very exclusive club as many fans never get to go to this NFL Fan dream event. During the 2010 Super Bowl, Visa® aired its commercial which introduced us to another club; the “Never Miss a Super Bowl Club”. In case you missed it:

“It’s like 4th of July and New Years’ put together” one club member said, and how right he is. You wouldn’t miss a 4th of July or New Years’ and now you should never have to miss a Super Bowl. We present several compelling reasons why one Super Bowl Ticket is just not enough.

Not only do you get to see EVERY Super Bowl game, but you get lifetime bragging rights! If you go to just one Super Bowl, you’ll talk about it for a while—during regular season games, at birthdays, on holidays, weddings, you get the picture.

However, going to every Super Bowl, well that gets you membership to the Never Miss a Super Bowl Club and gives you unlimited, lifetime bragging rights.

One of the best aspects of the Super Bowl is that it moves! Year after year we look forward to the announcement of the next Super Bowl host city and rejoice because the NFL has a knack for choosing great cities.

Typically the games are in warmer climate cities, but with Super Bowl XLVIII set to be the first ever game hosted in a cold-weather city in the northern states all bets are off; all cities will be fair game as future sites for this epic contest.

It’s an opportunity for fans to not only check out the championship game, but experience the sights, sounds, smells and tastes of other cities. Most cities put on their best game faces to host the hordes of fans, so it’s a perfect time to see the best of what each city has to offer.

Across sports, many fans make the trek to try to visit every stadium in their respective sport. For some it’s a family tradition, for some it’s a way to reconnect with their fellow fans. 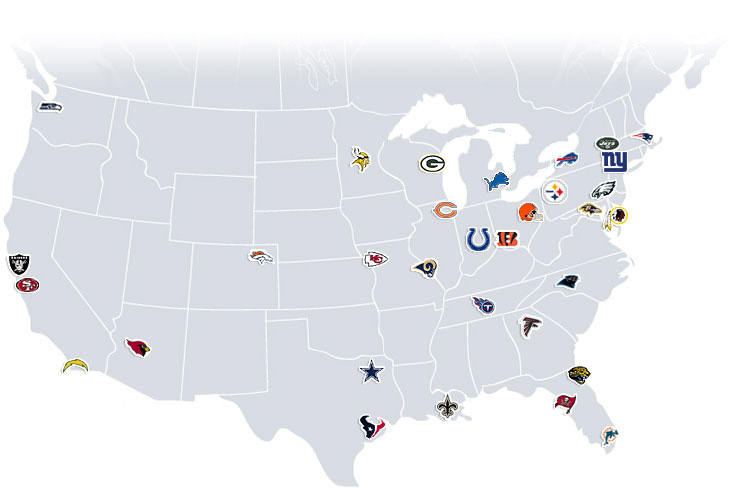 The Super Bowl offers a unique way for folks to not only check out the game every year but to visit different stadiums! With stadiums being demolished, rebuilt and updated what seems like every year it’s a great way to visit historic stadiums all over the country.

If you’re traveling with QuintEvents to all of these venues you’ll not only get to see different teams play in the Super Bowl, visit different cities and stadiums, but you’ll get access to some of the most coveted and exclusive hospitality venues, and you know what that means.

Incredible food and beverage selections, tons of interactive experiences, entertainment and amazing opportunities to meet different NFL Players and Cheerleaders are a huge reason to attend each and every game.

Year after year we get some of the biggest names at our hospitality venues and being a perennial Super Bowl attendee will get you access to meet them all!

Be a Part of History!

There are still tons of opportunities to see history made. A team’s first Super Bowl victory or loss, a first-time play, a Super Bowl shutout, and so much more.

Let QuintEvents help take you there. As an Official NFL On Location Super Bowl Ticket Package provider we can not only get you access to the game, but provide exclusive extras and coveted amenities including accommodations, dedicated security entrances, player access and meet and greets, exclusive hospitality venue access and more.

Would you want to be part of the Never Miss a Super Bowl Club? Tell us why below!