The leaves are changing, there's a chill in the air, and it's that special time of year: open season on NBA All-Star ballots! This past Friday, the NBA unveiled the ballot for the 2014 NBA All-Star Game in New Orleans.

Fans and nominated players alike will be thrilled to learn about the variety of ways in which the NBA is encouraging people to vote, as well as the decision to stick to the 2013 format of backcourt/frontcourt player denominations. As if fans needed anymore of a reason to vote, the NBA is offering a chance to win a trip to NBA All-Star Game 2014!

Who's on the Ballot?

The ballot has 24 backcourt and 36 frontcourt players from each (Eastern and Western) conference (120 total) and every NBA team has been represented with at least three players on the ballot. 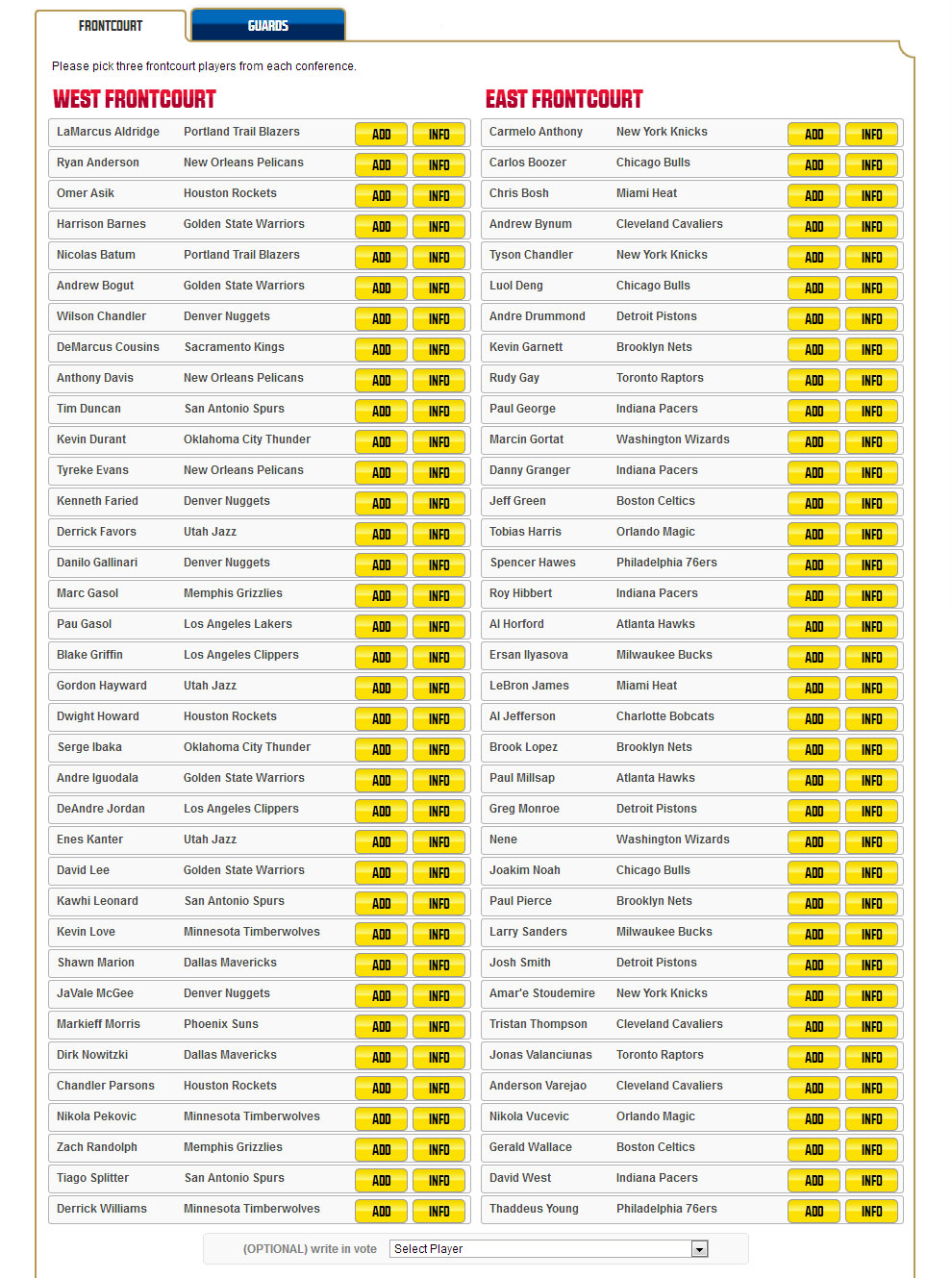 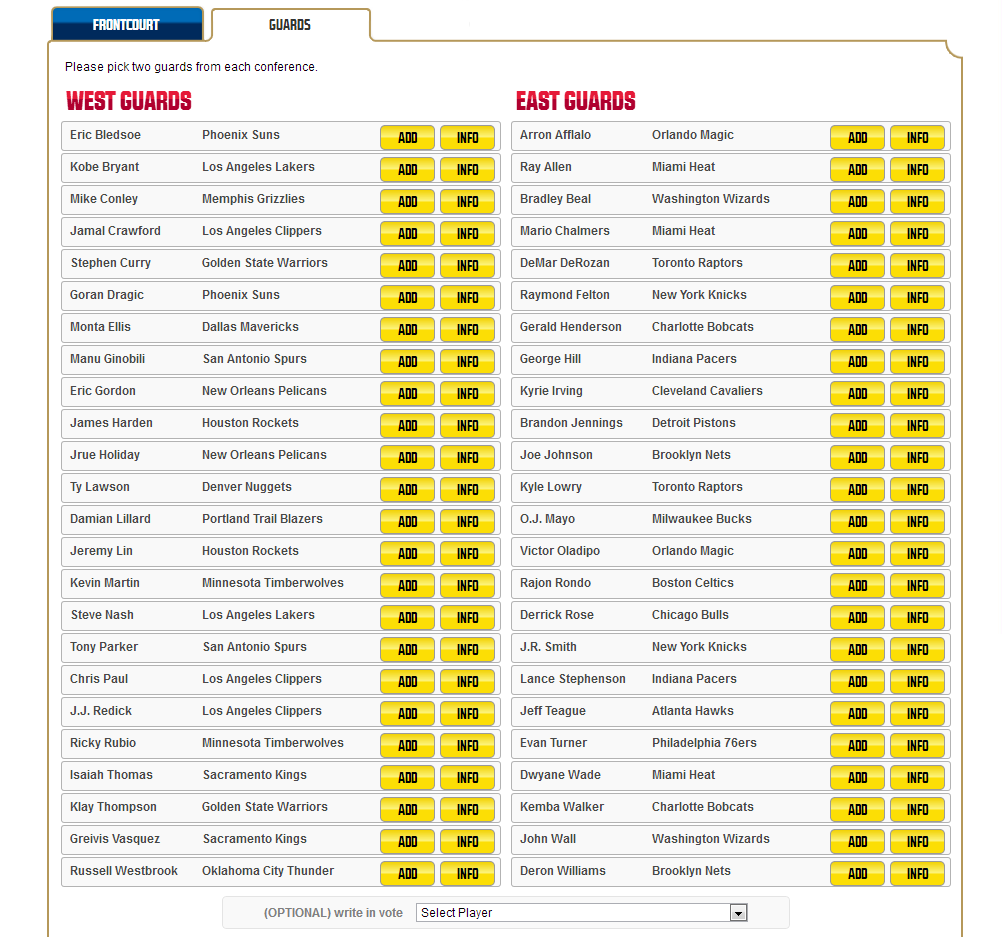 NBA All-Star Game's 2014 ballot features many familiar names including perennial all-stars Kobe Bryant, LeBron James, Tim Duncan, Dirk Nowitzki, Tony Parker, Steve Nash, Paul Pierce, and Carmelo Anthony among others. With the voting for starters historically coming down to the wire, there's no telling who will make the starting roster at the 2014 game.

The NBA is making it easier than ever for fans to cast their votes, and are really encouraging multiple voting for the upcoming NBA All-Star Game. There are currently six different ways to place your vote:

2.3 4. #NBABallot
Get on your preferred social network of choice: Facebook, Twitter, Instagram or all three and vote daily. Across all networks fans can vote on each for 10 unique players daily.

5. NBA.com/ASB
One of the most traditional ways to cast your ballot is via the NBA's official NBA All-Star Game 2014 voting site (complete with countdown‚Äî62 days left from the day this article is written!) Fans simply have to create an account or sign in with their NBA account information and they can vote once daily for their 10 starters. 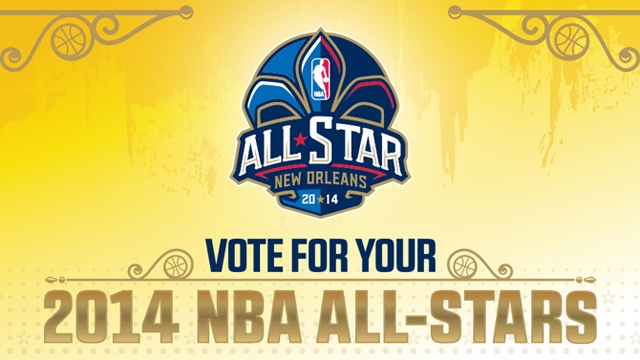 See the Starters in Person

Starters will be announced live on Jan. 23rd so it's not too early to begin voting. It's also not too early to reserve your seat at the 2014 NBA All-Star Game. February is right around the corner and getting access to this highly anticipated weekend will be harder than you can imagine.

Let QuintEvents and NBA-Events help you get there. With our Official NBA All-Star Game 2014 Ticket Packages we offer guaranteed, direct from the NBA tickets, access to exclusive hospitality venues, opportunities to meet NBA players and legends, access to all of the events on Friday, Saturday and Sunday, optional transportation and accommodations and even behind the scenes access such as post game on-court experiences and more. This is a bucket list experience that you can't get with just an NBA All-Star Game ticket.

Which nominee do you hope to see earn a starting spot at the 2014 NBA All-Star Game? Which returning all-star do you think will make it back again? What would be your dream matchup at next year's game? Let us know in the comments below!

See the Starters with a 2014 NBA All-Star Ticket Package