Heading into the Playoffs with Super Bowl XLVIII on the Horizon

The 2013 NFL season is coming to a close with the playoffs, the 2014 Pro Bowl and Super Bowl XLVIII on the horizon. We’re at the point when the pressure is on and all teams are holding their breaths for a spot in the playoffs, with the end goal of being a Super Bowl contestant.

Take a look at the current NFL standings: 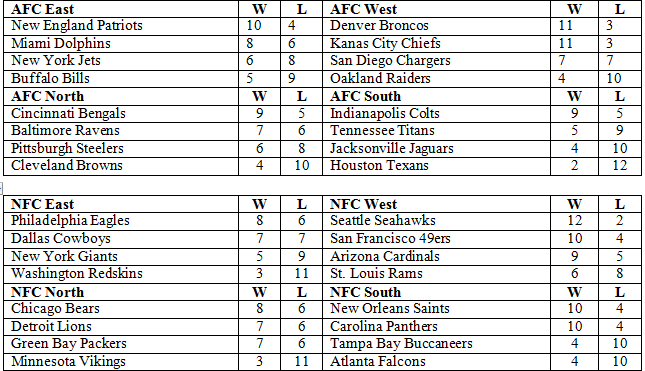 Based on these current standings, if the playoffs were decided today, these are the teams that would be entering the playoffs – four of which already have a clinched a playoff position:

*Denotes teams that are already clinched in the playoffs

Has your team made the cut? 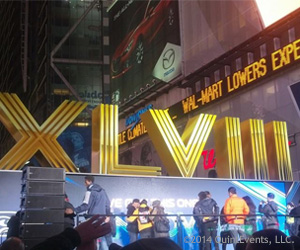 Although our 2014 Super Bowl contestants haven’t yet been decided, we do have a good idea at some of the teams that have a fair shot at competing in the biggest game of the year! One of these teams could be your team – and you wouldn’t want to miss seeing your team play in possibly their biggest match ever, would you?

With QuintEvents and NFL On Location’s Official Super Bowl XLVIII Ticket Packages you can be there with your team as history is being made in the first cold-weather Super Bowl!

Official Ticket Packages include exclusive access to VIP areas and coveted amenities paired with prime seating locations! On game day, you’ll have access to the NFL’s tailgate inside the NFL On Location area. Have you been hearing talk of no tailgating at the Super Bowl? Well, say hello to the ultimate tailgate!

Inside the hospitality area, pregame with a premium gourmet menu and a top shelf open bar. After the game enjoy select menu items, beer, wine and soft drinks. Not to mention, there will be NFL player and cheerleader appearances, interactive entertainment elements and a $100 in-stadium voucher for Super Bowl XLVIII merchandise!

Your Super Bowl XLVIII ticket package also includes access to secure entrances, so you don’t have to wait in lines, and optional accommodations at luxurious hotels near the stadium.

With QuintEvents and NFL On Location’s Official Super Bowl XLVIII Ticket Packages, you’ll have the experience of a lifetime as you’re watching history being made! Get more information and secure your space today!

Take me to NYC and Super Bowl XLVIII