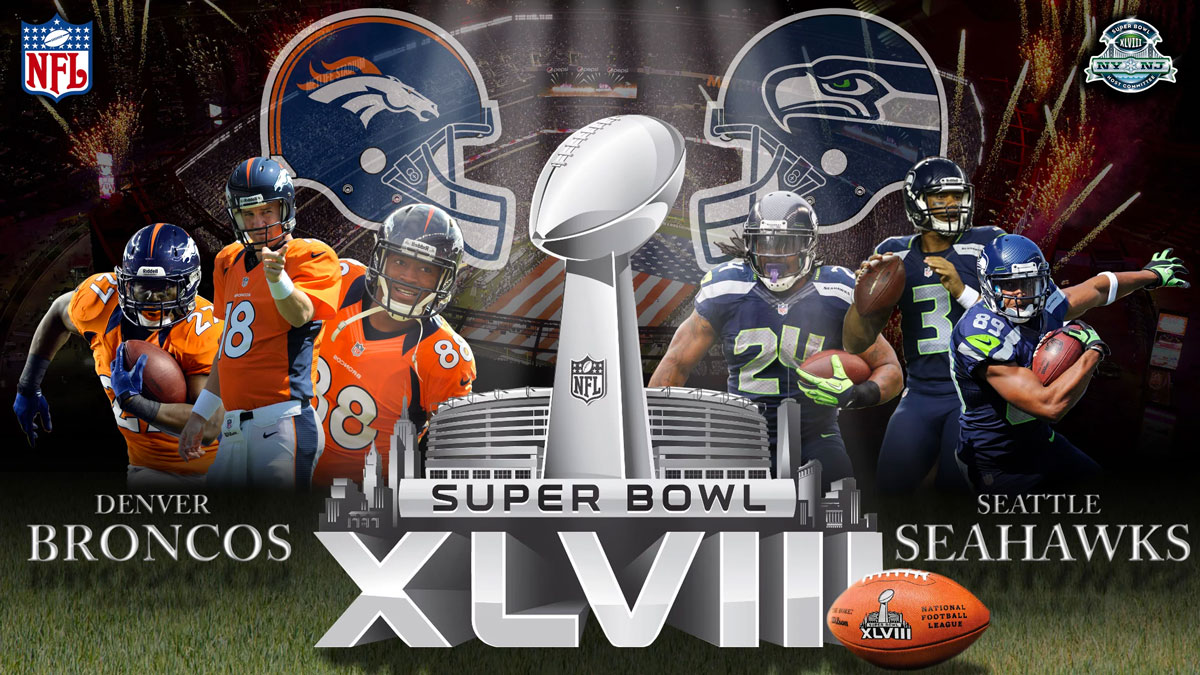 This Sunday, the mecca of all football games will be played - Super Bowl XLVIII. The Denver Broncos and the Seattle Seahawks both finished with 13-3 records during the 2013 regular season, giving them both the top seed in their conferences. For the fourth time in Super Bowl history, the NFL's best offense will face the best defense. What better match-up could you ask for!?

Broncos QB Peyton Manning has undoubtedly had the year of his career. He broke yet another series of individual and offensive NFL records, all after coming back from four neck surgeries. The Broncos scored an NFL-record of 606 points during the regular season (37.9 ppg), while the Seahawks were in the top scoring defense (14.4 ppg). In two previous Super Bowl appearances Manning has completed 56 of 83 passes for 580 yards, two touchdowns and two interceptions. Not only is Manning a remarkable passer and leader, he has an offense thriving with top-notch ball catchers, resulting in a key factor for a potential Broncos win.

On the other hand, the Seahawks have the best cornerback currently playing in the League, Richard Sherman - a gifted athlete and a player who could turn the tide. So far, the Seattle team has sacked opposing quarterbacks 47 times this year and the Seahawks want to add Manning’s name to that list. On offense, Marshawn Lynch has been nearly unstoppable this season and is a star that must shine in order to secure a victory. Seattle held teams to an average of 14.4 points per game during the regular season, allowing 273.6 yards per game.

All-in-all the million dollar question still remains unanswered: does offense or does defense win championships? Historically, in the four times that the top scoring offense has met the top scoring defense in the Super Bowl, the defensive team has come out on top. The only exception was Super Bowl XXIV, when the 49ers defeated the top-ranked Broncos defense.

Turns out, in the 10 Super Bowls with the largest statistical disparities between offenses and defenses, the defensive unit won eight:

If you want to attend the 2015 Super Bowl with exclusive amenities and VIP action, today’s the day to get more information. Call 1-866-834-8663 or fill out the form on our website to plan your 2015 Super Bowl experience!