Let’s talk about August. It’s the month that schools start back up, summer vacations wind down and the heat from season begins to pass. It’s the month where we realize there are only four months left of the year and we realize that we still haven’t succeeded in completing our New Years resolutions of checking dreams off our bucket list.

Luckily for all you NFL fans, the 2014 Pro Football Hall of Fame Enshrinement Festival is this August and you can cross it off your bucket list today! Say hello to a new feeling this August; a feeling of achievement!

This series is dedicated to showing you just how simple we can make attending the Pro Football Hall of Fame Enshrinement Festival with Official Ticket Packages. We’re breaking down your options so that you can decide the best way to make your football dreams come true!

Check out Platinum Plus Packages>>>

In this edition, we’re going to fill in you in on why Pro Football Hall of Fame Gold Ticket Packages are the best way for you to attend! 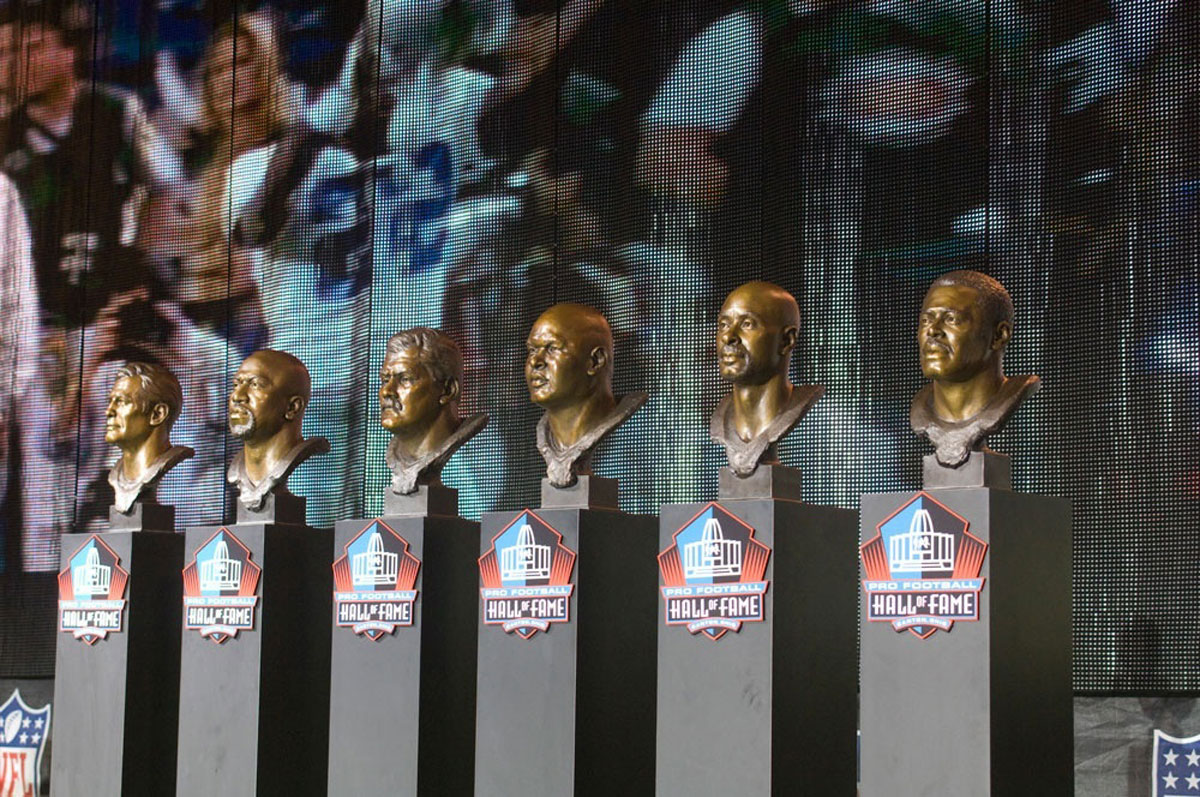 Then, you’ll be guided into the Gold Jacket Ceremony. The Class of 2014 will be presented with the Gold Jackets that symbolize their achievements and honors of being inducted into the Pro Football Hall of Fame.

Saturday, your day will start with access into the Pro Football Hall of Fame Legends Club for the ultimate tailgate! Four members of the Pro Football Hall of Fame will be present to hangout with the NFL’s most elite fans (aka YOU!) and take pictures and sign autographs. Not to mention, there will be a spread of delicious food, dessert, soft drinks and full complimentary bar.

After the tailgate, you’ll attend the Class of 2014 Enshrinement Ceremony. With great seats, you’ll be able to see the waves of emotion cross each enshrinee’s face as they become the newest members of the Hall of Fame and take their place among football’s greats. 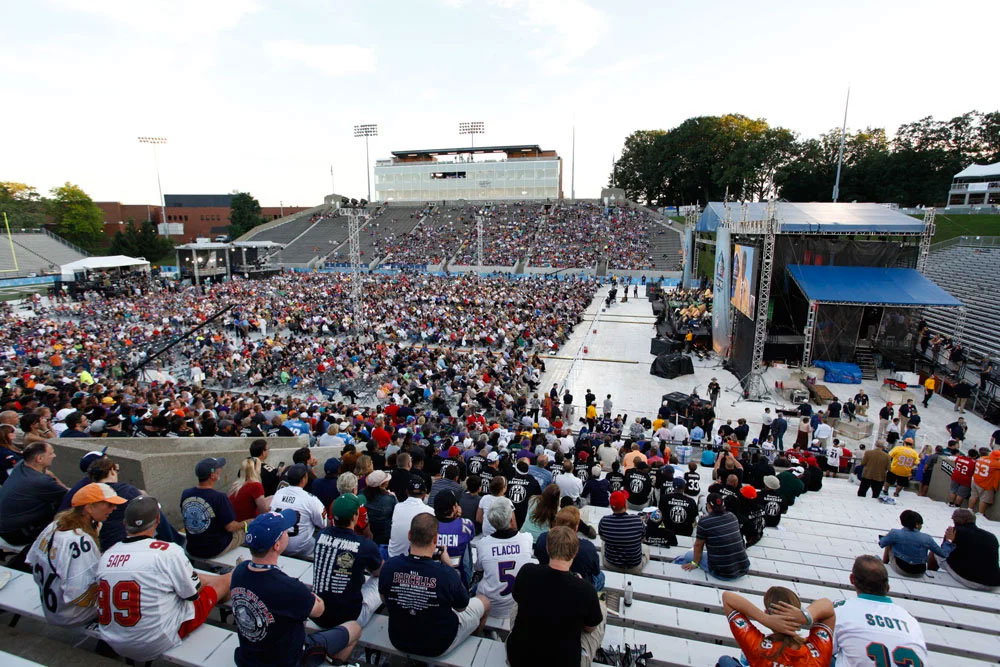 On Sunday, you’re invited to the Enshrinees Gameday Roundtable discussion. You’ll enjoy lunch and a center stage roundtable presentation featuring the members of the Class of 2014! After, you’ll head back to the Legends Club for a hyped up tailgate for the game! With tailgate style foods, Pepsi products and beer, you’ll party with other fans and enjoy music and games.

Then, at game time, you’ll head to your seats between the 35’s to watch the NFL/Hall of Fame Game in the historic Fawcett Stadium!

Transportation is also provided for you to and from all sponsored events, allowing you to omit the hassles of traffic, parking and renting a car. Not to mention, you can opt in for accommodations to be included in your package, letting you skip the hotel search!

Everything is planned for you!

Go to the Pro Football Hall of Fame Enshrinement Festival!

Don’t let August come around and realize you haven’t checked things off your bucket list this year! Plan the trip of a lifetime this August and go to the 2014 Pro Football Hall of Fame Enshrinement Festival with Official Gold Ticket Packages!

Get more information and plan your trip to Canton today!

Get a Pro Football Hall of Fame Gold Package