Sports are beginning to spread like wildfire across the world. Different sports are being taken to different countries with unique cultures and dedicated fan bases. The best part about this globalization of our favorite sports is that they are inviting us to travel the world with them.

Here at QuintEvents, we are the Official Package and Hospitality Provider to some of these top-notch sports that are crossing nations. With our Official Ticket Packages, we are prepared to help you travel the world and cross destinations off your bucket list, all the while watching some of the world’s most prestigious events live, in the best of company and with the most exclusive perks.

So why don’t you travel and experience this diverse world of sports with us? Take a look at destinations we’ll be visiting between now and 2015, and see the sporting events that will be taking place there! 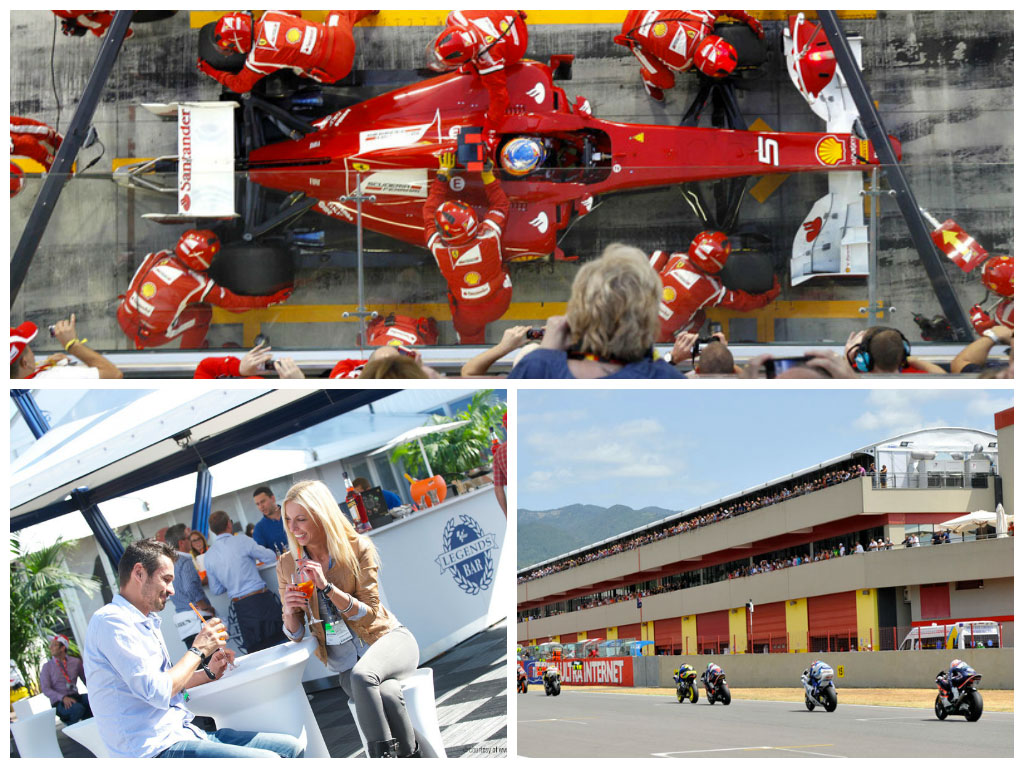 From the Tuscan countryside to the historic cities filled with national landmarks and culture just waiting to be explored, Italy has a lot to offer. And we’re not just talking about all the beautiful sites.

Italy boasts several circuits that are home to fast and furious sports such as Formula One™ and MotoGP™. Starting this summer and continuing into the fall, these sports will be hitting several different cities, calling for locals and tourists to take part. All you have to do is pick a city to visit! 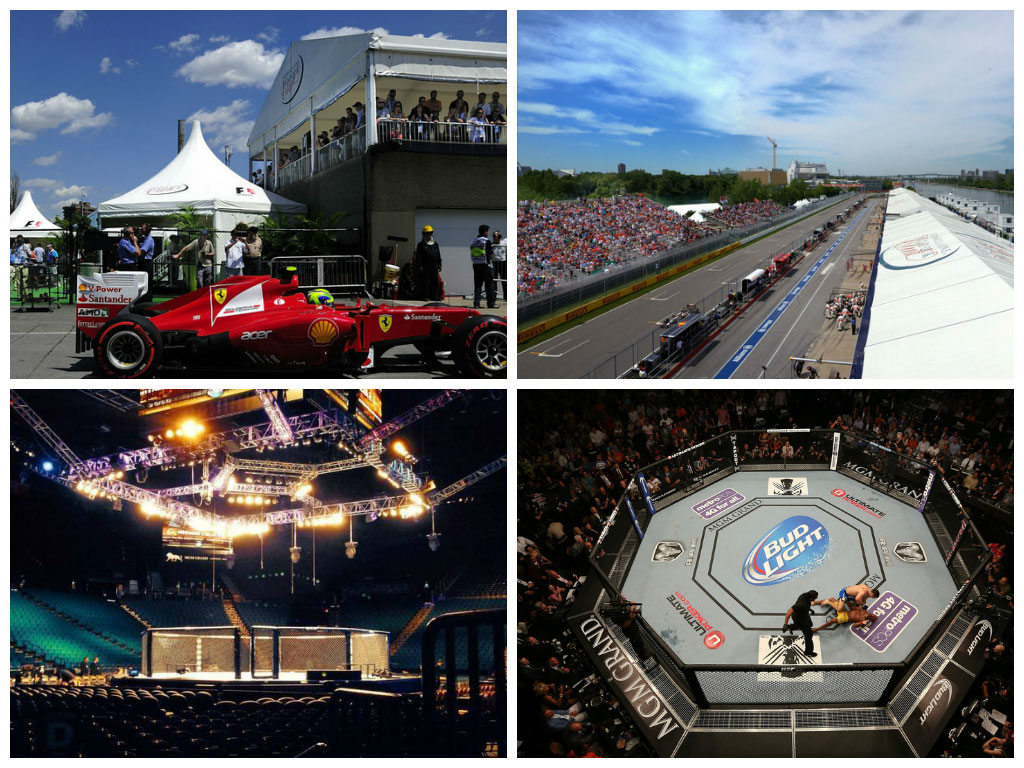 Trying to make a trip up north this year, eh? Whether you’re trying to make the trip this summer when things are in bloom, or in the winter to see the snow covered wonderland, Canada is home to several different bucket list sporting events this year.

Whether you’re looking to attend a fast-paced F1 race in Montreal, or visit other districts with the action packed sport of MMA, we believe you’ll find what you’re looking for. 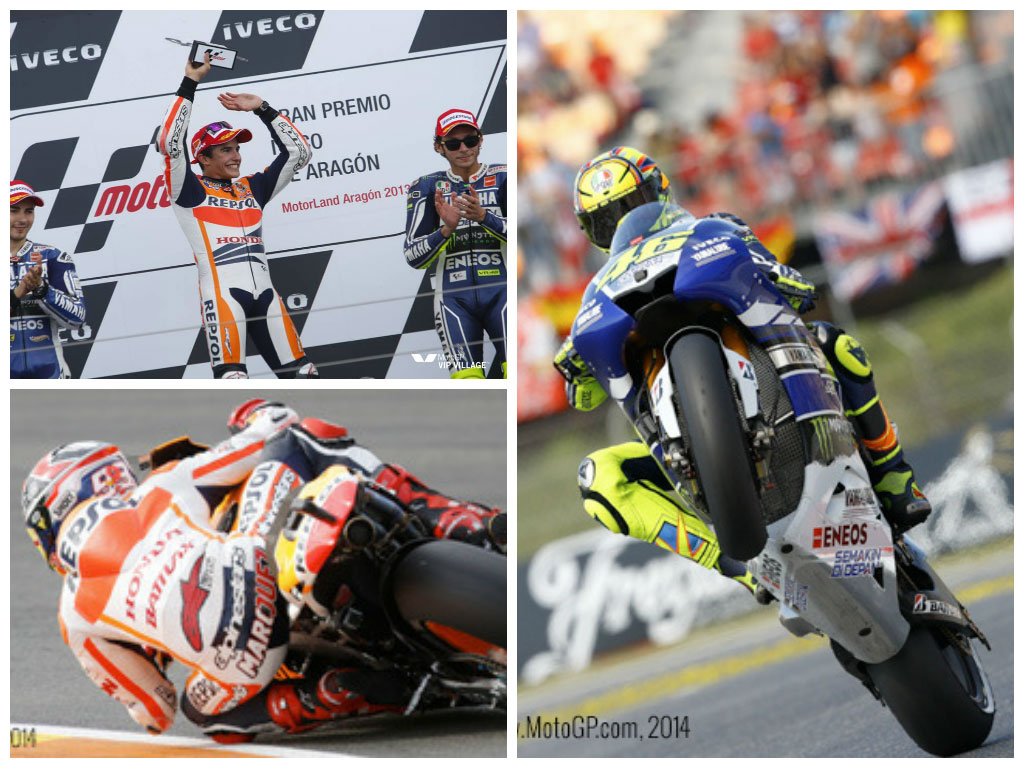 This year, Spain is all about some MotoGP! It’s hosting not one, not two, but THREE races from the 2014 MotoGP World Championship! With dates falling throughout the year (one in summer, fall and winter) there are plenty of options for you to travel to this spectacular country.

Take a look at the races you could attend and the cities they are being held in:

MotoGP in Catalunya/Barcelona on June 15
MotoGP in Alcaniz on Sept. 28
MotoGP in Valencia on Nov. 9

One of the great things for racing fans, is that several of the F1 and MotoGP races overlap in close countries in Europe.

For example, you could make the trip to see F1 racing in Austria and explore the mountainous countryside, and then zip over on the train to the Netherlands to see the MotoGP race below.

If you read about visiting Austria above, we talked about the great opportunity to see two races in one week! Start your European adventure in the rolling hills of Austria to see F1 raced, and then take the short train ride to the Netherlands to experience MotoGP the way it was meant to be watched… LIVE!

MotoGP in Assen on June 28

England has a lot to boast about this year! Not only is it once again hosting a top race on the F1 2014 calendar, the country is also hosting a race for the MotoGP season and, a record, three games for the NFL International Series!

No matter what time of year and which sporting event you select, you can’t go wrong with a trip to England. With its capital, London, being home to a diverse marketplace of business, tourism and historical landmarks, there will be plenty for you to see and take part in. And since visiting this city alone falls on many peoples' bucket lists, not only will you be able to check off a major sporting event, but you can check off this destination as well! 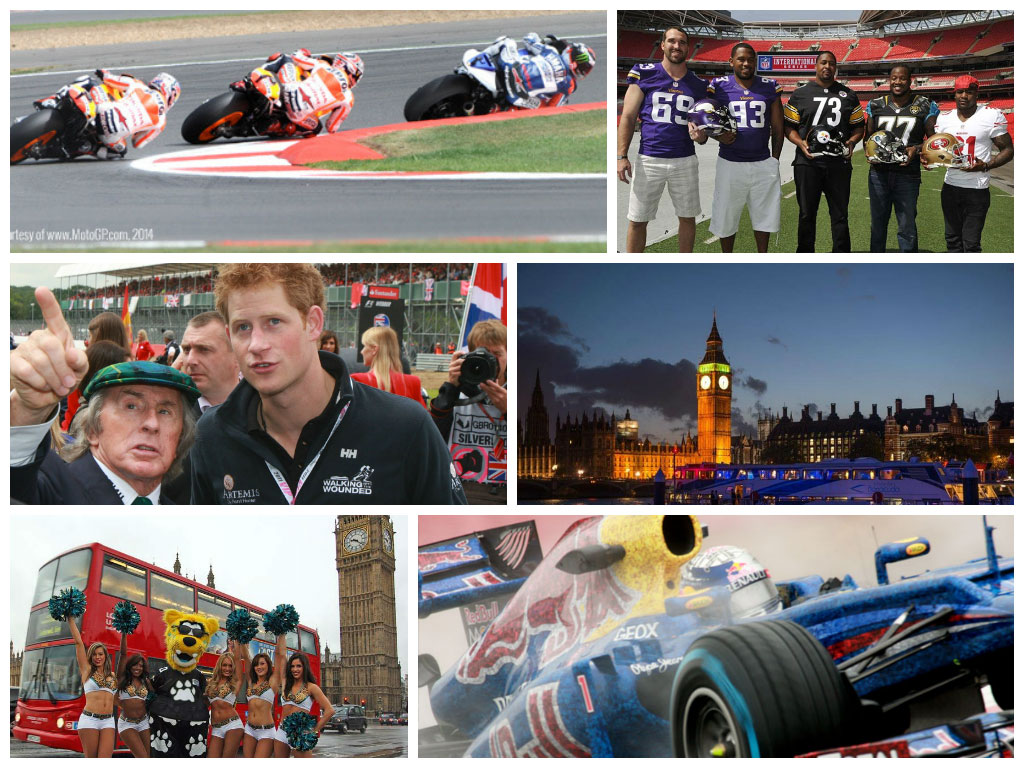 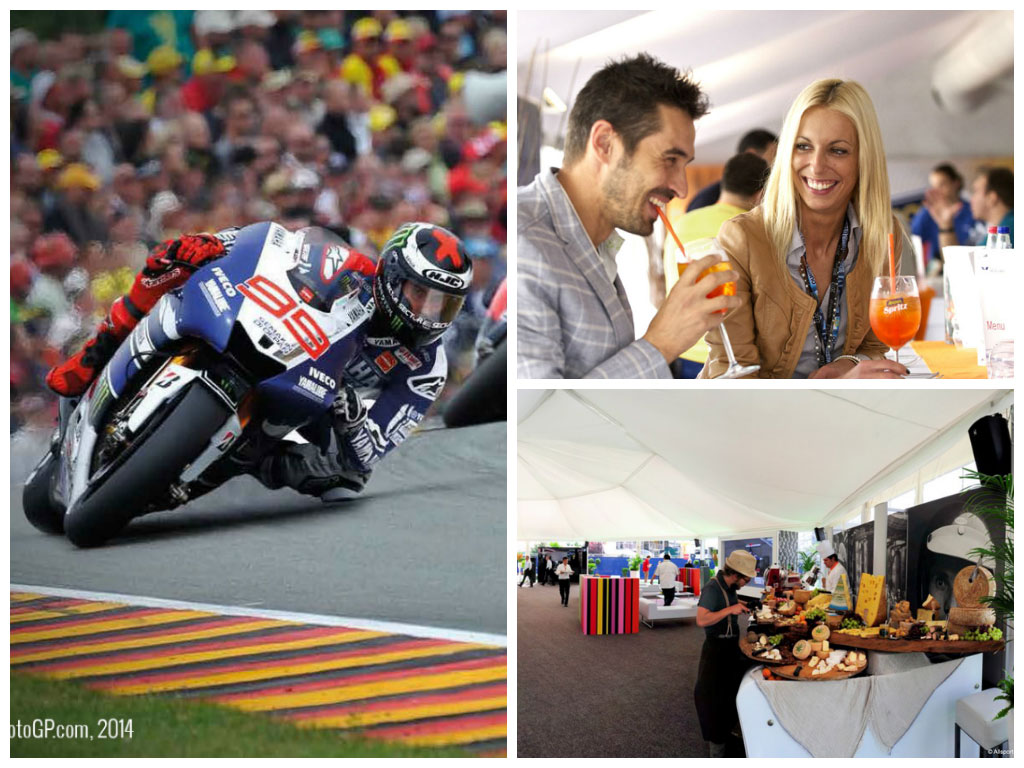 Looking to combine two epic racing experiences into one week/two weekends? Pack your bags because you’re heading to Germany!

MotoGP in Sachsenring on July 13

F1 in Hockenheim on July 18

Budapest is one of the most beautiful cities in Europe where you’ll find deluxe amenities fused with old world charm. The perfect excuse to visit, sports fans? The F1 Hungarian Grand Prix!

Want to visit a part of Europe where you can really get in tune with natural beauty? Then the Czech Republic is for you! Pair the MotoGP Grand Prix in Brno and then take the train to Belgium to experience F1 during the same week! 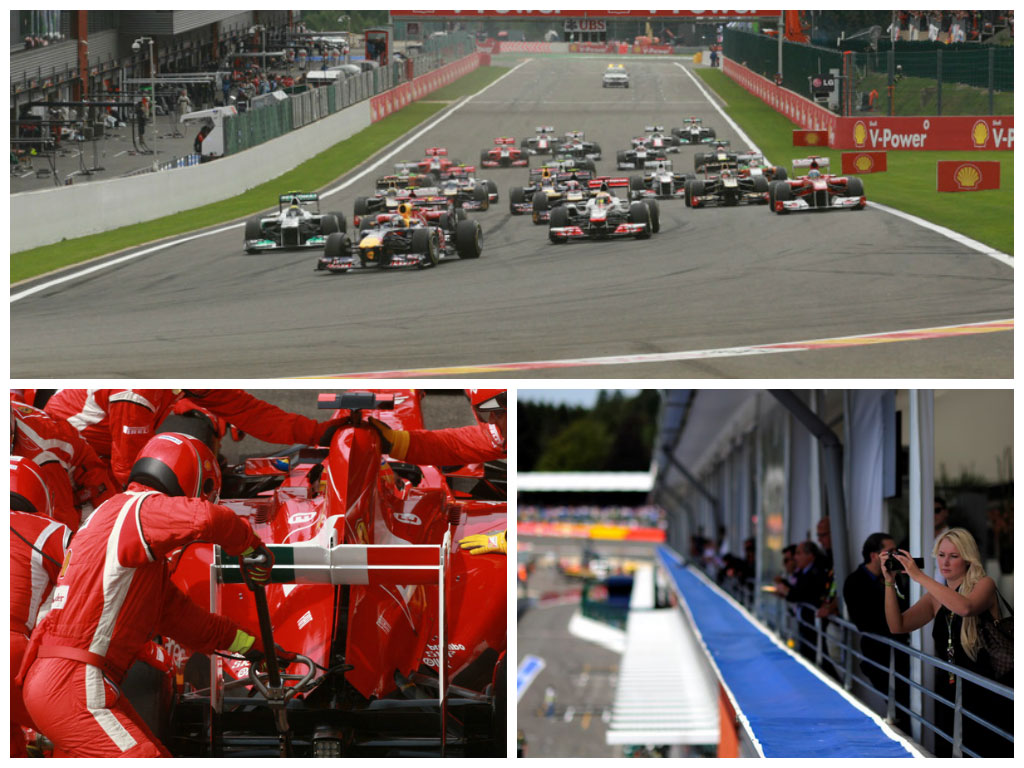 The Belgium Grand Prix is known to create difficulties for drivers. With the circuit set in the Ardennes, it creates a challenging climate paired with a difficult track. Spa-Francorchamps is one of the most popular F1 destinations!

Pair your trip to Belgium with the MotoGP race in Czech Republic mentioned above, and make a European racing adventure out of the week!

F1 in Spa-Francorchamps on Aug. 22 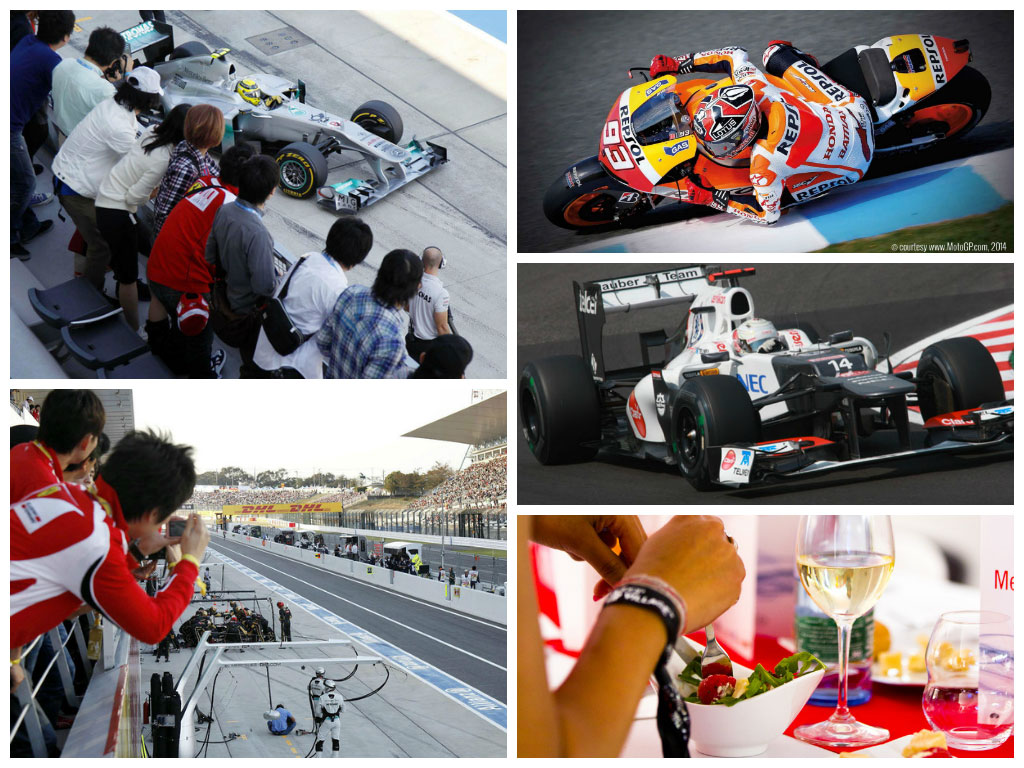 If you want to experience just how intense and dedicated racing fans can be, you’ve got to experience racing in Japan! With MotoGP and F1 grand prix being held only a week a part, you can plan a vacation to visit some of Japan’s most beautiful and cultural cities, and see both races!

The Traveler’s Guide to MotoGP & F1 in Japan>>

Treat yourself to a visit at the very site of the 2014 winter Olympic games! Sochi is hosting Formula 1 this October and you could be there! Tour the city, see the places the Olympics were held, and experience F1 the way it was meant to be watched… LIVE! 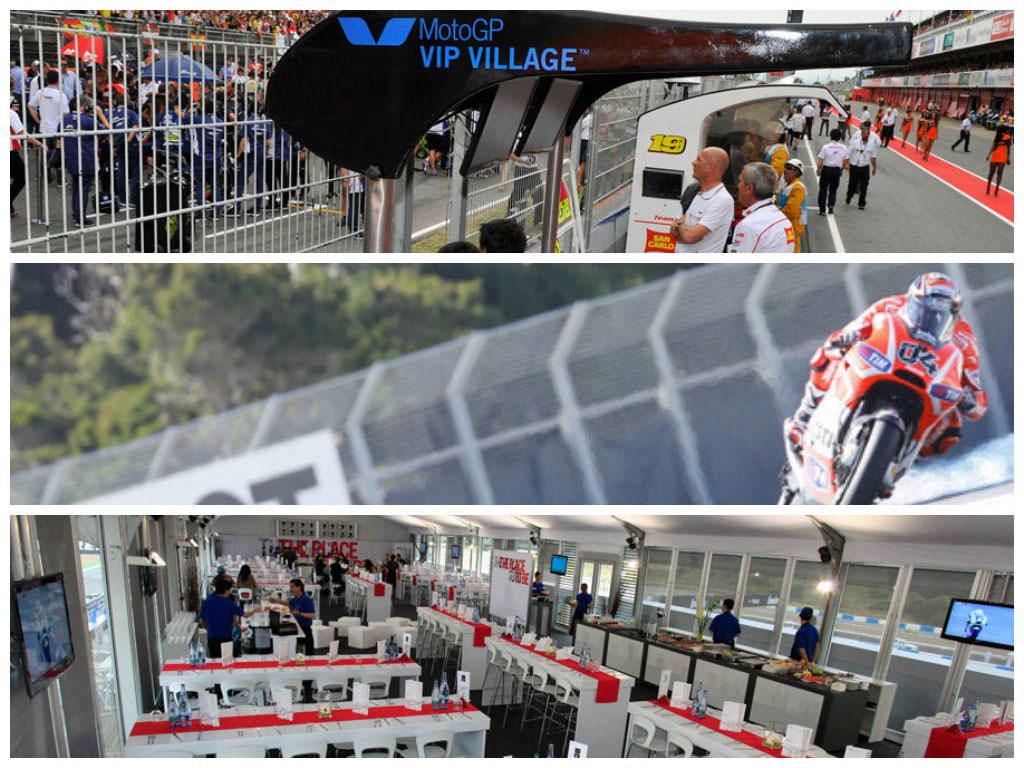 Who doesn’t want to visit the land down under? With MotoGP making its way to Philip Island this fall, you have the perfect excuse to vacation in the relaxed destination of Australia! Explore the country: tour the outback, scuba dive in the Great Barrier Reef, visit Sydney, and top it off with one of the most exciting MotoGP races of the 2014 season in Philip Island!

MotoGP in Philip Island on Oct. 19 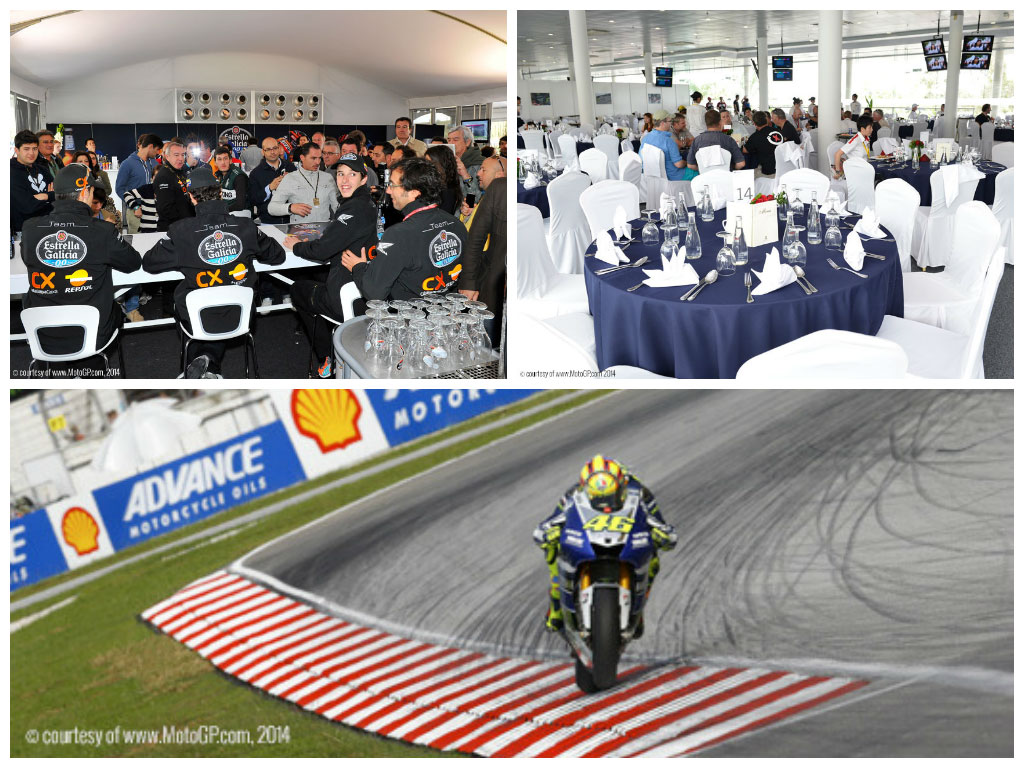 Sepang is a beautiful district only a short distance from Kuala Lumpur, the capital of Malaysia. The city boasts eco-friendly tourism as it’s based along the water, beautiful views and beaches, and a combination of classic and modern Malaysian tastes.

Oh, and did we mention Sepang hosts one of the most highly anticipated MotoGP races of the season? You should probably start planning your trip.

MotoGP in Sepang on Oct. 26 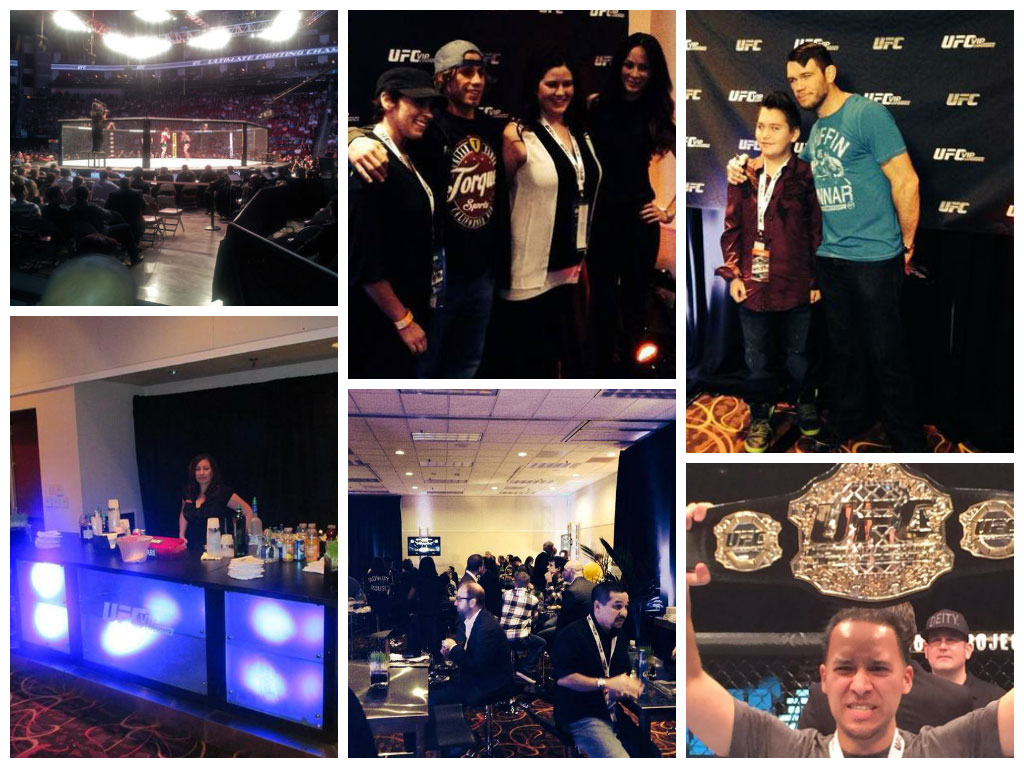 Calling all MMA fans: are you looking for an escape from your town during the late fall months? Particularly to some place warm and wonderful?

Time to pack your bags because you’re headed to Mexico City for the UFC 180! Don’t miss you shot to meet fighters, tour the Octagon™, enjoy exclusive hospitality, and sit in some of the best seats in the arena! 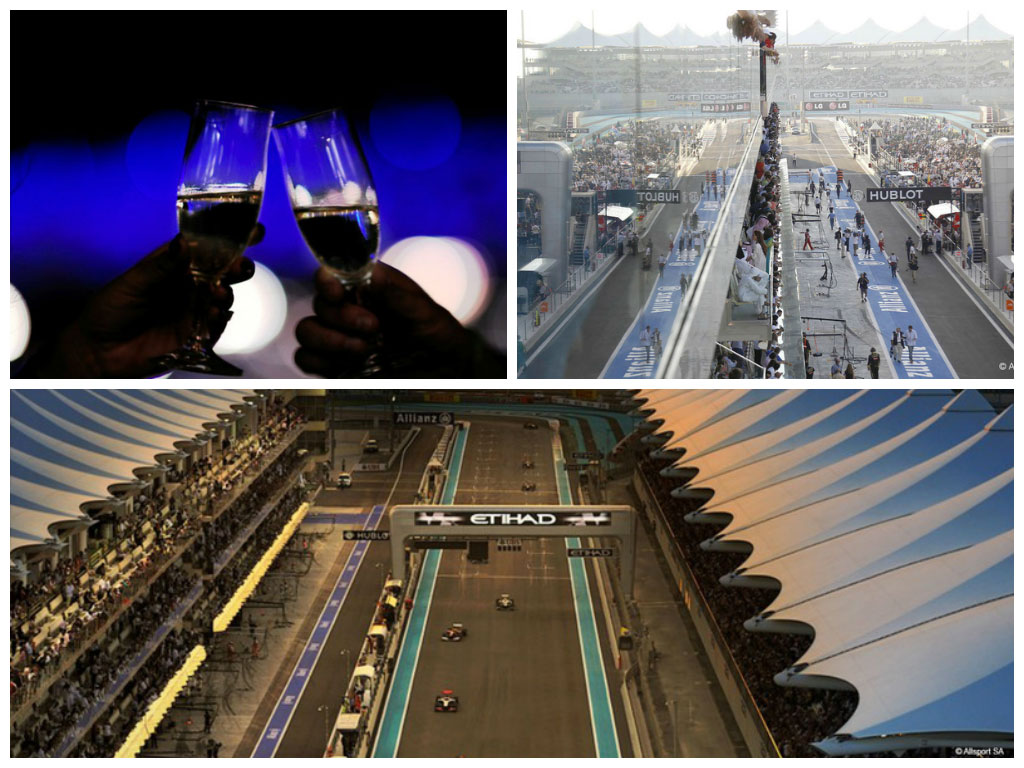 If you’re a F1 fan, then traveling to Abu Dhabi should be on your list of things to do this fall. Not only is this the last race in the 2014 Formula 1 season, this race also counts for double points. Essentially, a driver could win at this track and win the entire championship!

As for Abu Dhabi itself, it’s viewed as the gateway to the Middle East. The city itself is filled with wealth and cultural heritage you have to see to believe! If you’re looking for the ultimate fall vacation destination, you’ll want to treat yourself to Abu Dhabi.

Where Will You Go?

Yes, we weren’t kidding when we said QuintEvents can take you there! It’s time for you to select your destination and event and start planning! Call 1-866-834-8663 to speak to a knowledgeable representative about what you want to check off your bucket list, or visit QuintEvents website for more information.

Time to pack your bags! Adventure is calling!