The Breeders’ Cup Challenge: Win and You’re In!

The Breeders’ Cup holds some of the most prestigious horse races worldwide! At the end of two days and 13 races, 13 World Champions are named and some of the highest purses are awarded! However, to make thoroughbred racing of this caliber possible, it’s imperative that only the best of the best two- and three-year-olds can qualify.

This means there is a strict and difficult qualifying process in place to ensure only the fastest and strongest fillies and colts make it to Santa Anita.

So what exactly are the qualifying procedures? How is a thoroughbred considered worthy to enter the field of potential world champions? Well, there are three ways: the Breeders’ Cup Challenge, the Graded Stakes Points System and the Panel!

Qualifying for the Breeders’ Cup

The Grade Stake points system process is similar to the process in place for three-year-olds to qualify for racing in the Kentucky Derby. Races are given an amount of points based on the difficulty of the track and field and first, second and third place finishers are awarded the points. The top points’ finishers are then given the opportunity to enter the 2014 Breeders’ Cup World Championship. We'll touch more on this process next week, however.

The Panel is a selection of judges that rank horses to give them a shot.

The second and much simpler qualifying process is the Breeders’ Cup Challenge.

The Breeders’ Cup Challenge is a series of races selected by experts that boast difficult fields of horses and challenging tracks. This series runs off a basic “win and you’re in” system, so all a horse and jockey pair need to do is simply win a challenge race to qualify!

As simple as the Breeders’ Cup Challenge process might sound, winning one of these races is no easy feat – after all, who doesn’t want a shot at a share of the $25 million in purse money and the title of World Champion?

The series began in January of this year and six Challenge races have already been run. However, the “meat” of the series is kicking-off in Belmont on June 7 (the same day California Chrome is taking his shot at the Triple Crown!). Take a look at the Breeders’ Cup Challenge schedule starting with the June 7 weekend at Belmont! 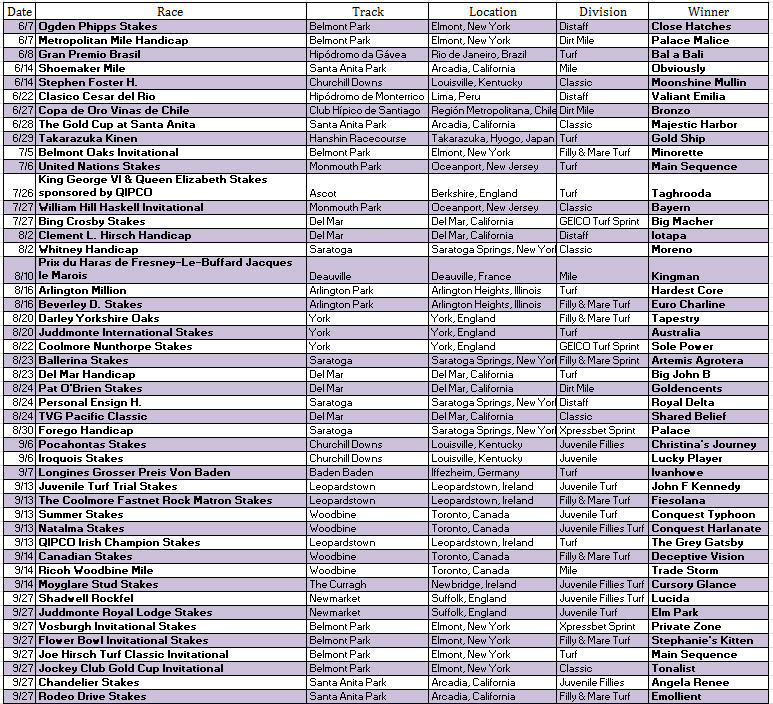 The 2014 Breeders’ Cup: The Richest Two Days in Sports

Now that you know how the Breeders’ Cup Challenge process works and the primary way that horses qualify to compete in the Breeders’ Cup, you should be pulling at the bit to make sure you’re at Santa Anita Park this fall!

With 13 World Champion titles up for grabs and a culmination of $25 million being awarded, with $5 million alone coming from the Breeders’ Cup Classic, this is bound to be a weekend of epic proportions!

With QuintEvents Official Ticket Packages direct from the Breeders’ Cup, you’ll be invited to enjoy the weekend of racing from the elite vantage point you select with exclusive hospitality access, open or cash bars, complimentary food buffets, celebrity meet-and-greets and much more! It truly is the real deal.

Don’t miss the once in a lifetime chance to attend the richest two days in sports, the 2014 Breeders’ Cup World Championships! Get more information on Official Ticket Packages today and secure your place in Santa Anita Park. Call 1-866-834-8663 to speak to a representative or visit QuintEvents website by clicking the button below for more information.

And be sure to join the Breeders’ Cup Challenge conversation on social media using the hashtags #BC14 and #BCVIP!