The 5 Greatest Unofficial Mascots in the NFL 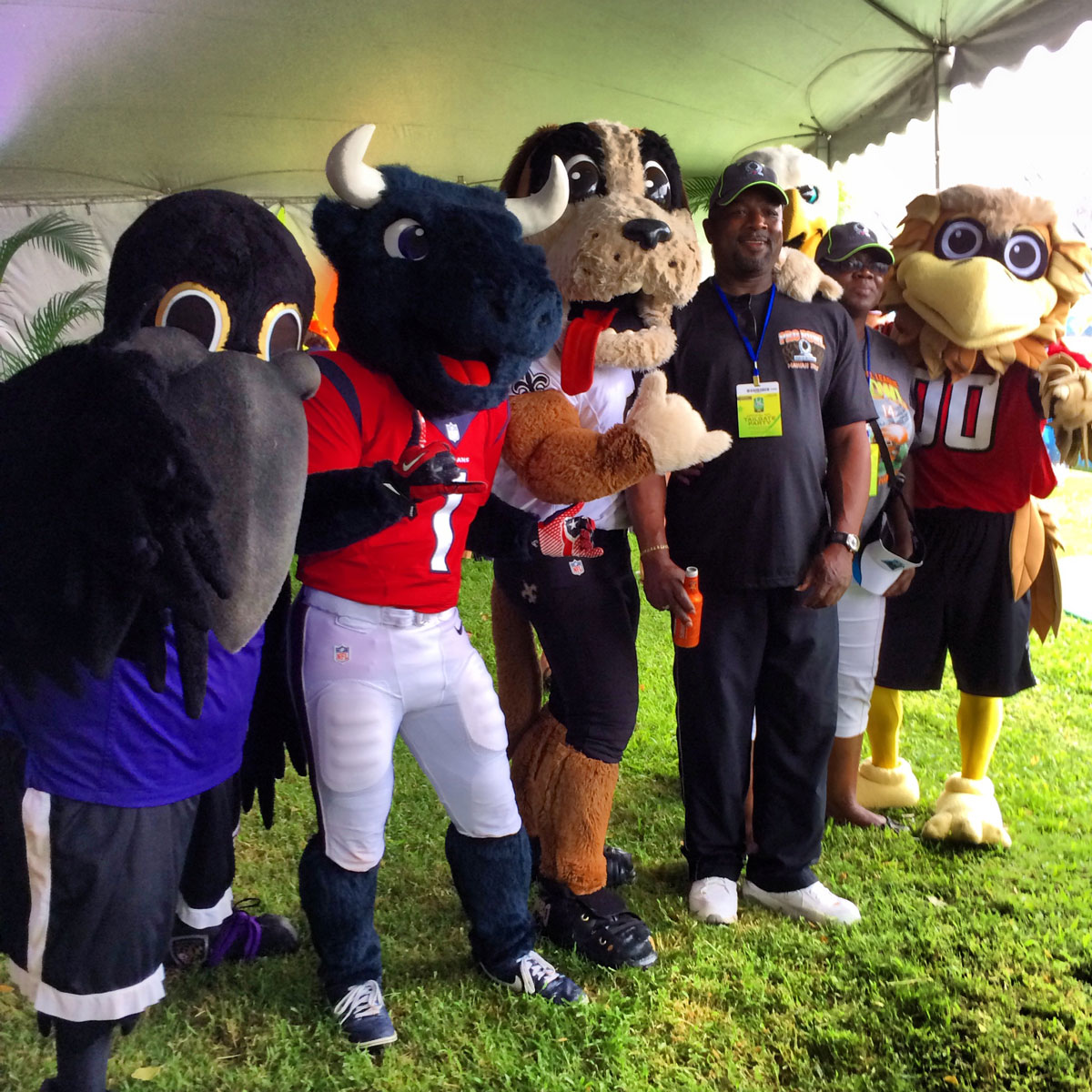 Okay, let’s play a game. Grab a piece of paper and a pen, and write down the most hyped person at your favorite NFL team’s home games. You get 10 seconds…GO!

Depending on who your team is or where you’re from, answers may range from the cheerleaders, to the mascot, to the players themselves. I’m willing to bet, some of you even put people who aren’t employed by the organization.

You know who I’m talking about, that guy or gal who leads your team chant, who gets loud when the defense is trying to make a stop, who drowns out the other team when they’re trying to call plays at the line.

I’m talking UNOFFICIAL mascots of the NFL. Here’s a countdown of the five greatest, who knows maybe your team’s unofficial mascot is on here!

YES, we know he’s officially renounced his name and title, retiring his famous firefighter hat and becoming just another member of “Gang Green”.

That said, for years, Fireman Ed was visible for all New York Jets fans to see at home games and helped to lead the entire stadium in the familiar “J-E-T-S, JETS! JETS! JETS!” chant.

This “superfan” held strong for thirty years! The whole thing started when Barrel Man (Tim McKernan) made a $10 bet over whether or not wearing a barrel to a game would get him on TV. Well it did, he won $10 and he’s attended all but four games in his tenure as the Denver Broncos unofficial mascot.

McKernan attended the games in his Barrel Man outfit, and was an iconic part of the team, stadium and Denver Broncos Culture. Sadly he passed away in December, 2009. He has been memorialized as part of an exhibit in the History Colorado Center. 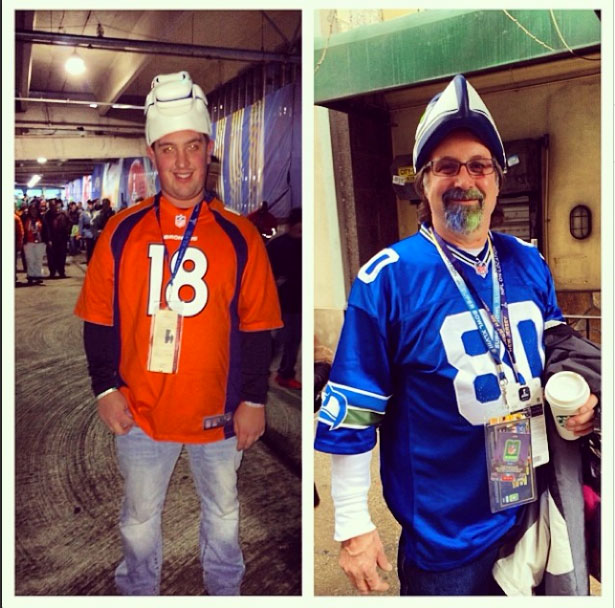 Meet the Guy! This die-hard New York Giants fan began a tradition of wearing a license plate to the game, around his neck, at the age of 16. Attending every home AND away game since 2003, License Plate Guy AKA Joe Ruback is one of the Giant’s most recognized fans.

He continues his tradition to this day at the Giants new home at MetLife Stadium, and his presence helps to inspire the team, including at their Super Bowl victory over the New England Patriots, where he cheered his team all the way to the Vince Lombardi Trophy!

In terms of longevity, passion and enthusiasm Crazy Ray AKA Wilford Jones needs to be on this list for it to even be considered legit!

As an unofficial mascot, Crazy Ray, earned the love and respect of the team and fans. Dressing for every game in a western outfit, he initially attended the games as a vendor. His constant whistling earned him the title of “Whistling Vendor” but his dedication to the team earned him a special parking pass and All-access for Cowboys home games.

Jones missed only three games in 46 seasons, and passed away in 2007 in Dallas. In his honor, he was selected as the fan choice for the Dallas Cowboys to be placed in the Pro Football Hall of Fame’s Visa Hall of Fans Exhibit.

Debatably, one of the most famous unofficial mascots on our list, Chief Zee AKA Zema Williams, is the biggest Washington Redskins fans.

Regularly attending games since 1978, Chief Zee has come dressed to the nines in full (but faux) American Indian garb. Williams has endured a lot as an official mascot, from petty theft (of his tomahawk) to assault at the hands of division rivals’ Philadelphia Eagles fans.

His dedication to be at every game sporting his pride, inspires the players on field and fans around him—exactly the type of thing that would earn him a place on our list. And more importantly, a spot in the Pro Football Hall of Fame’s Visa Hall of Fans Exhibit along with Crazy Ray!

The Black Hole specifically refers to the section of fans who dress in Oakland Raiders signature silver and black, including makeup and costume, in order to intimidate the other team. Their dedication to their team through the best and worst of times earn them an honorable mention as unofficial mascots for sure!

They attend every game, they traveled to the opposite side of the country to watch their team win the Super Bowl, I’m talking about Seahawks fans. From the coaching to the players and everyone who touches football in general, the 12th Man is an undeniable force to be reckoned with.

Other teams have alluded to their enthusiasm as affecting play inside the Seattle Seahawks stadium, and Seahawks players encourage them. As an unofficial mascot the dedication, enthusiasm and love of the 12th Man has certainly helped their team to crank out some wins, and earn the Super Bowl title.

Did your team’s mascot make the list? Who am I crazy for leaving off? Tell us who should be on the list and why in the comments below!

Be THAT GUY at Super Bowl XLIX!

Do you dream of being the License Plate Guy at the Super Bowl who gets to witness their team hoist the Vince Lombardi Trophy?

With NFL On Location and Official 2015 Super Bowl Ticket Packages! Get unparalleled views of the field and access off the field. Select from a variety of package levels to get the bucket list experience that you are waiting for. Select from the following levels: 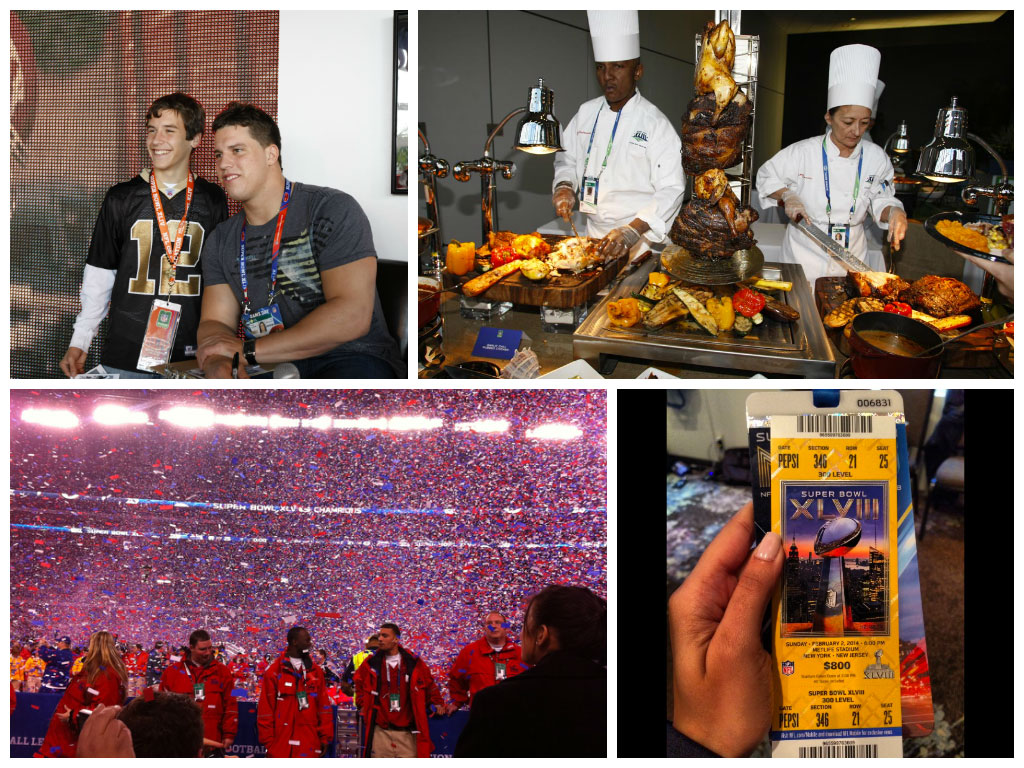 All VIPs receive access to a dedicated security entrance, on-site NFL On Location staff to assist you through your experience and either an Official Super Bowl Gift Bag filled with goodies, or a voucher to select your own at the official merchandise store.

Depending on your level receive in-game service, on-field post-game access and other coveted amenities.

Will we see you in Arizona?

I Want to Be in Arizona for Super Bowl XLIX!