It is that time of year. The NBA kicks off its 2014-2015 season on Tuesday October 28th. This means that in only a few short months the NBA will showcase their very best in the 64th Annual NBA All-Star game. The all-stars from the East and West conference teams will face off on Valentine’s Day weekend in New York City!

Between the venues, the contests, the fans, and the game that showcases the league's best talent, there is a lot to take in. Follow our simple beginner’s guide to make sure that you get the most out of your once in a lifetime experience!

Known for being the mecca of basketball, New York City will host this year’s game for the fifth time in sixty four years.

“Basketball may have been invented in Springfield, Mass., but its hearts and soul are in New York City through and through.”
-Brooklyn Nets owner Bruce Ratner

The event will be split between midtown Manhattan and Brooklynn. Its logo is inspired by the New York City transit. 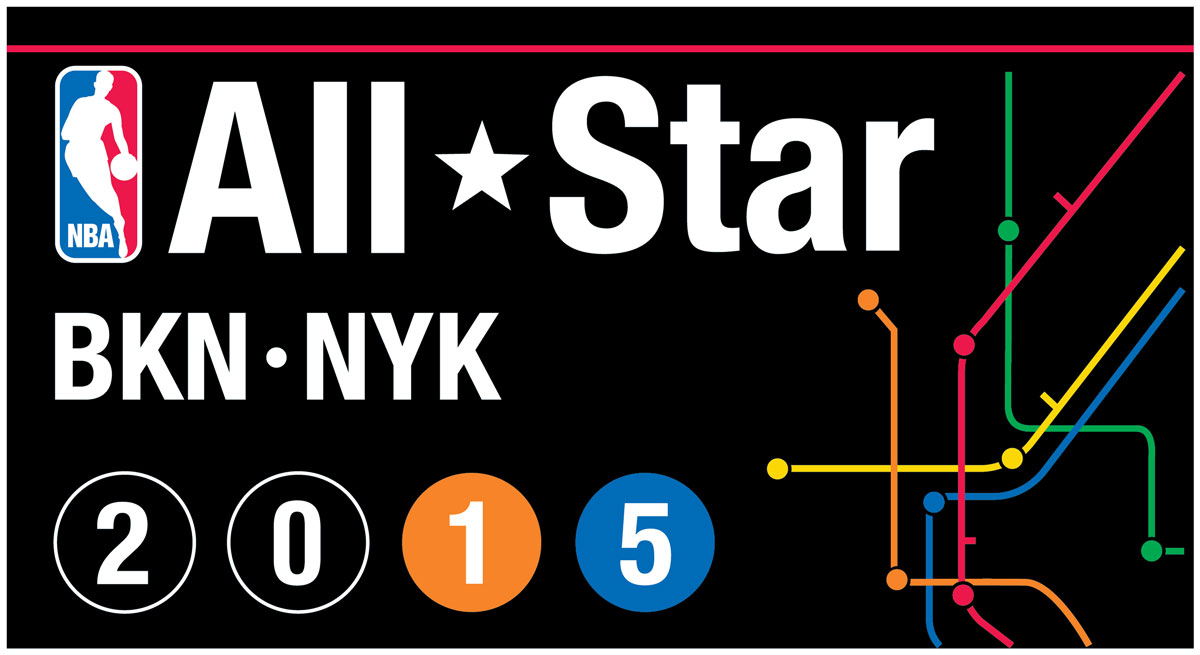 The game will be held at the legendary Madison Square Garden. A beloved hub of history in the heart of New York, the Garden is a must-see when venturing to the Big Apple. The arena features a unique convex ceiling and is known for its Chaser Bridges that hang from the ceiling, providing fans with game views unlike any other.

The Saturday festivities will be held at the Barclay Center. Despite being built in 2012, the contractors remained true to the Brooklynn neighborhood, creating the center with a rusted outside to match the historic feel of the city. Located a mile from the Brooklyn Bridge, Barclay is right in the midst of the borough of basketball.

The NBA all-star game is so much more than a game. It is a celebration of one of America’s favorite sports with America’s favorite players. Historically, the game hosts multiple musical acts between the player introductions and renowned half-time shows. The game brings in celebrities and NBA legends, making it the perfect excuse for a party. Get your cameras ready and prepare yourself for a weekend you will not forget!

“…. In terms of a big-time party weekend, the All-Star [game] blows it away.”
-Mavs owner Mark Cuban

Every year the NBA puts on a series of contests the Saturday before the big game for the players and legends in attendance to participate in. There are four contests to make note of while attending the game. Here is a little breakdown of each:

One of the more unique concepts included in the all star weekend is the shooting star competition. It involves an NBA player picking a WNBA and former NBA player of his choice to compete in a time-based relay. For the last two years, the Heat’s Chris Bosh, accompanied by Chicago Sky’s Swin Cash and former Hawk’s hall of famer, Dominque Wilkins have been the champions.

Duos from the respective conferences compete against one another in a relay, involving various dribbling obstacles, throwing a ball into a net that does not touch the ground, and a jump shot. The best duos from each conference face one another, and the team with the fastest time wins.

Similar to the classic kids’ game around the world, the shootout consists of players attempting to make as many 3 pointers as possible in a time frame. The game can bring out the best (and worst) qualities in players from year to year.

The Dunk contest is the Saturday night all star weekend finale. Arguably the fan favorite of the competitions, the slam dunk contest. Players tend to get creative with this contest, making it the perfect opportunity to show off their ability and personality.

There’s no question that NYC provides an endless list of sights to see, food to eat, and people to watch. Madison Square Garden sits smack down in the middle of the NYC bustle, in close distance from the Bryant Park, Broadway and the Empire State Building, to name just a few. The Barclays Center is right down the road from beautiful Prospect Park, home of the Brooklyn Botanic Garden, and surrounded by museums and historical markers.

Trying to drive through NYC, especially when traveling back and forth between Manhattan and Brooklynn, can be incredibly stressful. Parking tickets can cost up to $50, as well. You have been warned.

As with everything, NYC plans to do the NBA all-star game big. The NBA is partnering with all five borroughs of the city to host "community, grassroot" events throughout the weekend.

Take advantage of being in the city of no sleep on Valentine’s Day.

There is nothing quite like a holiday in New York City. Enjoy the ultimate Valentine's Day weekend with your special someone, enjoying NYC's plethora of restaurants, chocolate shops and parks. You can ensure you have a romantic weekend along with getting to watch the big game. Before or after the game, head just a half mile to Bryant Park’s free skating rink that stays open late in the winter or catch a Broadway show the Friday before the festivities begin.

Haven't bought your tickets to watch the league's larger than life players compete in the city that is larger than life? Now is the time! Customize your ideal NBA All-Star Game weekend trip to New York City and have the experience of a lifetime!