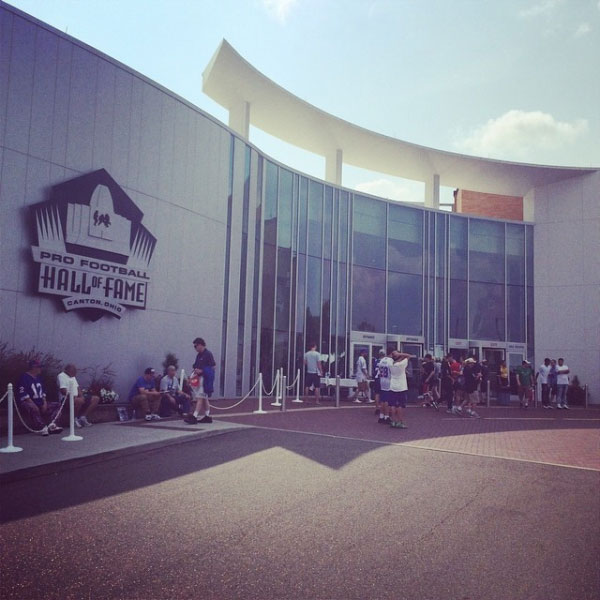 Diamond in the Rough [Definition] Something hidden with exceptional characteristics.

For the second year in a row, NFL On Location and QuintEvents have teamed up to provide fans like you with a one-of-a-kind experience at the Pro Football Hall of Fame Enshrinement Festival, and Diamond Packages are your ticket in!

Take a look at the breakdown of what your Hall of Fame weekend would look like with this level of access and learn how you can get your Official Diamond Ticket Package today.

It All Starts Thursday: The Enshrinees' Gold Jacket Ceremony 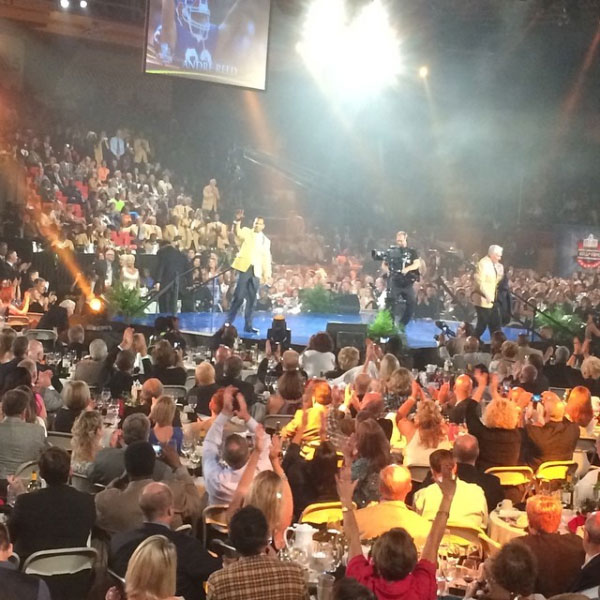 The official events will start with the VIP Thursday Night Reception! You'll join other Pro Football Hall of Fame VIPs as you enjoy the premium open bar and the complimentary gourmet fare inside a private dining venue. When the reception comes to an end, you'll be escorted to the Canton Civic Center where you can watch the Enshrinees' Gold Jacket Ceremony LIVE!

Watch in awe as past members of the Pro Football Hall of Fame cross the stage and align in the wings. Then, the Class of 2015 will take turns crossing the stage, taking in their moment to shine before someone dear to their success will honor them by helping them don the Gold Jacket!

The First Hall of Fame Concert: Aerosmith is Coming!

For the first time ever, the Pro Football Hall of Fame has added the Concert for Legends to the weekend's events. With Friday single-day access, you'll be invited to the Pre-Concert Legendary VIP Party to go behind the velvet rope and enjoy great food and cold brews leading up to the show.

Then, you'll have VIP access to Aerosmith's concert inside Tom Benson Hall of Fame Stadium! The concert will pay tribute to the Legends of the Game on the eve of the Enshrinement for the Class of 2015.

The NFL's Graduation: The Class of 2015 Enshrinement Ceremony

Saturday will be a full day on the Pro Football Hall of Fame campus. Diamond Package holders will be invited to take a picture on the Enshrinement stage prior to the ceremony, and they will once again receive Hall of Fame admission.

In the hours up to the Enshrinement Ceremony, guests will be able to tailgate at the Gold Jacket VIP Party, enjoying a premium bar and gourmet food while receiving the opportunity to meet-and-greet with Hall of Famers!

Then, when it's time for the Class of 2015 Enshrinement Ceremony, Diamond Package holders will be led over to the Gold Jacket Walk where they can be on the ropes as the Hall of Famers arrive at Fawcett Stadium. 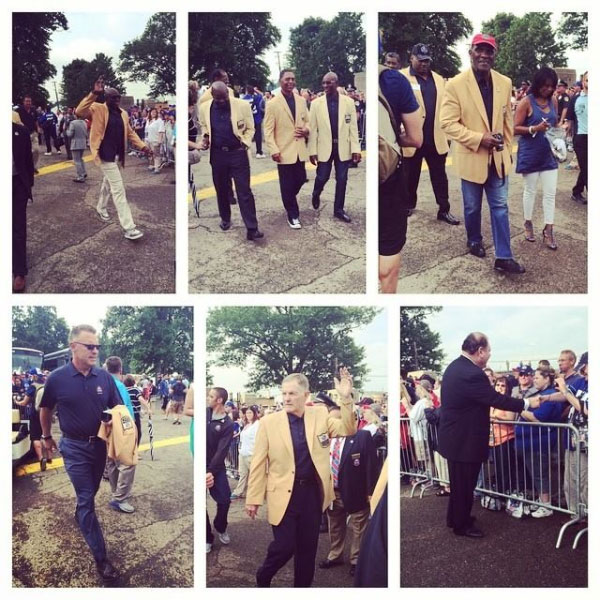 They'll then be able to watch the Class of 2015 reveal their bronze busts and give their commencement speeches from the VIP Field Preferred Seating area! You'll be so close to the stage that you can't get any closer unless you're friends or family or the Hall of Famers! How's that for VIP access?

The 2015 NFL Season Kick-off: The NFL/Hall of Fame Game 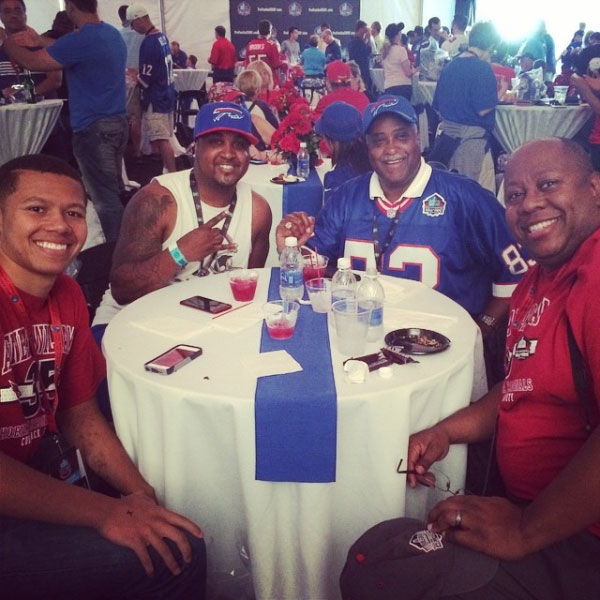 On the final day of the 2015 Pro Football Hall of Fame Enshrinement Festival, you'll have access to the 2015 NFL pre-season kick-off!

Your day will start with the Enshrinees' Game Day Roundtable Luncheon where you'll be seated with the Class of 2015. This is one of the most highly coveted and desired events to attend throughout the entire festival because you get to experience the Class of 2015 in a candid, relaxed environment answering questions.

Following the Q&A, you'll be transported to the Hall of Fame for an opportunity to attend the Class of 2015 Autograph Session.

Then, it'll be time for the VIP Kickoff Tailgate Party! Enjoy the premium bar and gourmet food as you meet some of your favorite returning Hall of Famers, or take advantage of your final day of access to the Hall.

When it's game time, you'll be invited to take your seat in the Gold Zone between the 35s in Fawcett Stadium for the NFL/Hall of Fame Game. Watch on as NFL football returns after the long summer months!

You can even opt to include luxurious accommodations in and around Canton, Ohio in your package, along with transportation to and from all official events. This eliminates your need to find lodging and your need to rent a car.

Get Your Diamond Package Today

Are you ready to start your 2015 Pro Football Hall of Fame VIP experience by becoming a Diamond Package holder? Get more information on Official Diamond Ticket Packages by visiting NFL On Location's website or by calling 1-877-611-3947.

Will we see you in Canton this summer when the Class of 2015 takes their rightful place among the NFL's most elite?