The meeting of the greats will happen over the course of several days and will feature lots Hall of Fame-inspired festivities.

With Single Day Packages provided by NFL On Location, you have the option of picking which days of the weekend you would like to attend to fulfill your Hall of Fame dreams!

Each day features various Hall-of-Fame-oriented events and depending on your preferences, you can easily find the day or days which best suit what part of the Pro Football Hall of Fame Weekend you would prefer to be a part of. 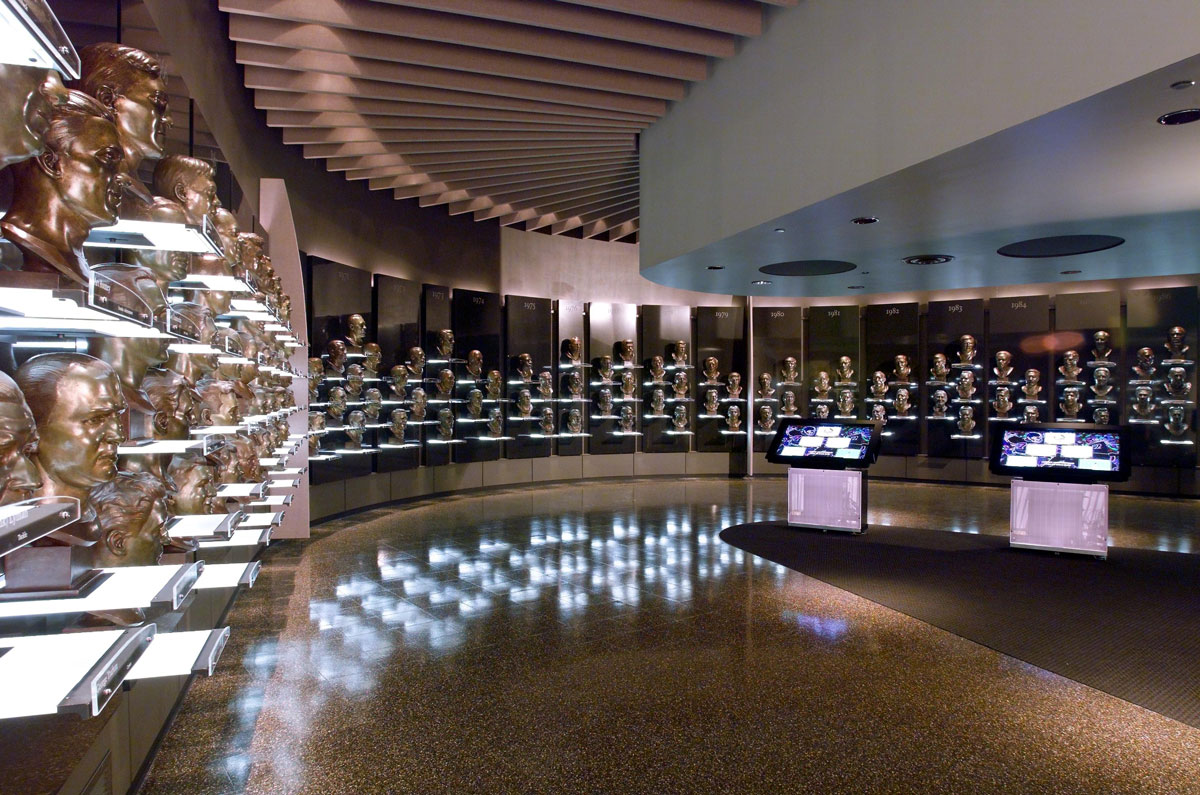 With Thursday packages, you will have exclusive access to the Private Thursday Night Reception. While there, you will have the opportunity to tour the Hall of Fame at your leisure and after hours! Basically, you get a semi-private viewing of the NFL’s history.

While you take your time touring the historic Hall of Fame, you will not have to deal with fighting any crowds, either.

As a VIP for the night, you will be treated with beer, wine, soft drinks, and hors d’oeuvres to snack on.

Following the reception, you will get to view the Enshrinees’ Gold Jacket Ceremony, via a live simulcast. Along with the viewing of the ceremony, you will get an official 2015 Pro Football Hall of Fame yearbook as a souvenir from the weekend!

For the first time ever, the Pro Football Hall of Fame has added the Concert for Legends to the weekend's events. With Friday single-day access, you'll be invited to the Pre-Concert Legendary VIP Party to go behind the velvet rope and enjoy great food and cold brews leading up to the show.

Then, you'll have VIP access to Aerosmith's concert inside Tom Benson Hall of Fame Stadium! The concert will pay tribute to the Legends of the Game on the eve of the Enshrinement for the Class of 2015.

If you want to see the Class of 2015 Enshrinement Ceremony for yourself, a Saturday single-pass package will be best for you. With the Saturday Single-Pass, you will also receive a one-day access fast pass to the Pro Football Hall of Fame.

The best part of the Saturday Enshrinement package deal, though, is your invite to the Enshrinement Celebration Fan Party on the Hall of Fame campus. Then, your field-level seating to the 2015 Enshrinement Ceremony.

With the Saturday passes, you will still receive the exclusive memorabilia items such as the official 2015 Pro Football Hall of Fame yearbook. 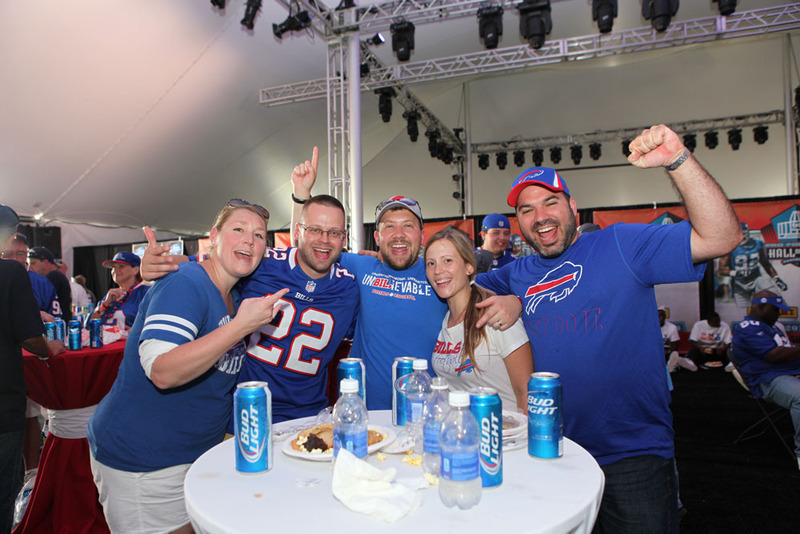 Game-day passes will grant you access to the NFL/Hall of Fame game, which is also the NFL pre-season kick-off game. You will be seated between the 20 and 35 yard lines, a perfect shot to catch the beginning of the NFL season!

Not only will you receive one day Pro Football Hall of Fame admission, but you will also get an exclusive invite to the Game Day Tailgate Party!

You will get to celebrate the event with other NFL fans, while kicking back and enjoying good food and drinks.

You will not want to miss your opportunity to be a part of a historical weekend for the NFL with single-day passes to the Pro Football Hall of Fame Game. 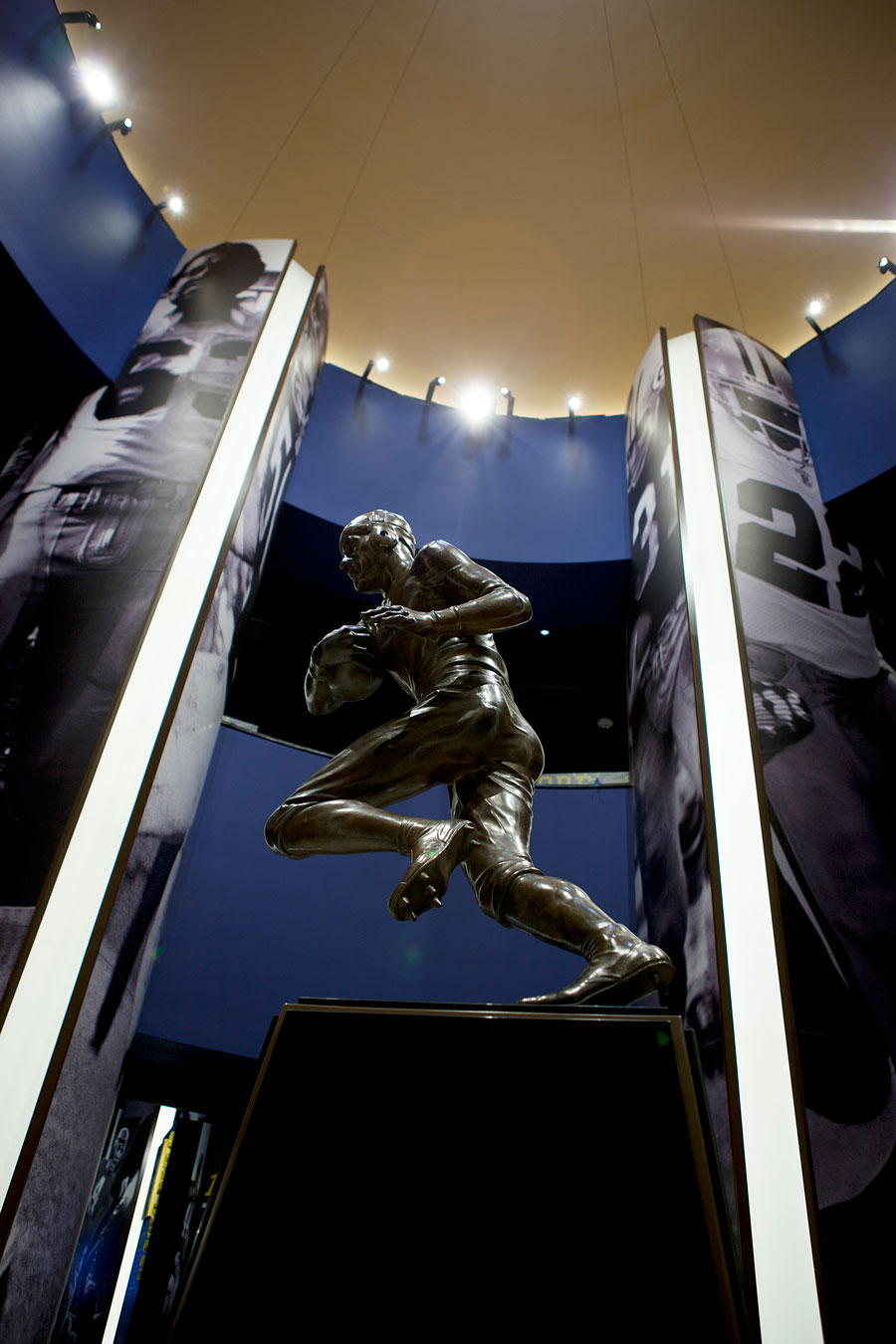 With QuintEvents partnership with NFL On Location, you even have the option of adding accommodations to a hotel in a convenient location from the hall of fame.

QuintEvents will provide you with reliable ground transportation to and from the Hall of Fame. If you are interested in adding accommodations to your package, you can easily do so by getting in contact with an Official Representative of Pro Football Hall of Fame Experience at 1-844-715-0532.

A Package for Everyone

In other words, booking a single-day pass to the Pro Football Hall of Fame Enshrinement Weekend could not be any easier!

QuintEvents offers several other packages with accommodations and transportation, as well as amenities such as an invite to the Enshrinees’ Game Day Luncheon and other seating options.

If you are interested in getting in on the iconic weekend and booking a single-day pass to one of the festivity-filled days of the Hall of Fame Weekend, you can get in touch with an Official Pro Football Hall of Fame Experience Representative, again, at 1-844-751-0532.

The official Class of 2015 Enshrinees will be announced on Jan. 31. Where will you be when history is made this summer?