Super Bowl XLIX is in the books and the New England Patriots have secured their fourth Super Bowl title, and their first in 10 years! 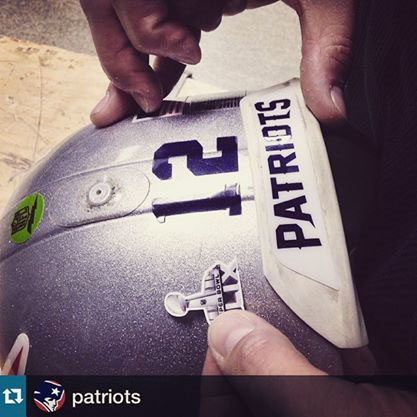 The New England Patriots showed up at the University of Phoenix Stadium on Feb. 1, proving what fans always knew to be true... this is a team that can perform under pressure. And Tom Brady solidified the mantra he is known for: "the greatest quarterback ever."

Brady has now tied the infamous Joe Montana with four Vince Lombardi trophies and three Super Bowl MVP honors. Not to mention, the Pats QB now stands in a league all his own with 13 Super Bowl touchdown passes, and he went 37 for 50 for 328 yards against Seattle, the NFL's top-ranked defense.

With that being said, the Pats victory over the Seahawks was certainly not set in stone from the beginning. The first quarter went scoreless and in the second, the Patriots got a quick score making the score 7-0. However, it was Brady's pick in the red zone that got fans talking.

Seattle gathered momentum and answered back with a score. It even got to the point that the Patriots fell into a 10-point deficit.

New England stepped up to the plate, and Brady remained as calm, cool and collected as ever. They moved the ball easily in the final 12 minutes, scoring on a four-yard pass from Brady to Danny Amendola and then a three-yard pass to Julian Edelman.

The Seahawks and Russell Wilson didn't get up after the Pats last score and went for a final drive. As Wilson threw to Ricardo Lockette, it was picked off by Malcolm Butler and that was all she wrote! The New England Patriots won, 28-24, and will go down in history as Super Bowl XLIX Champions! 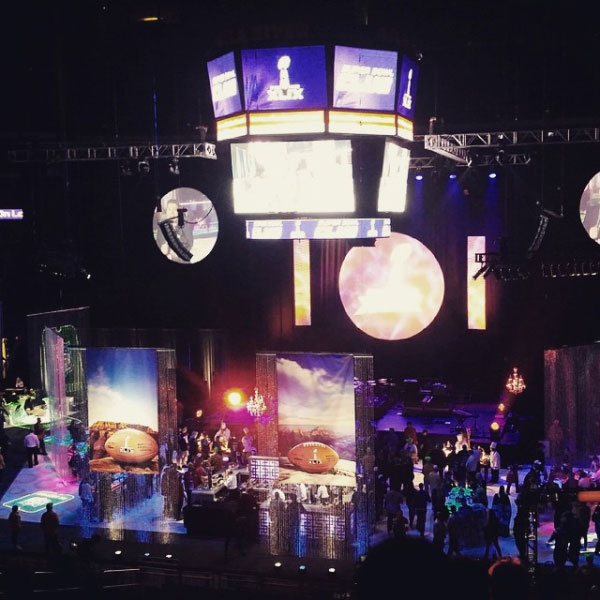 The NFL VIP Experience with NFL On Location

As it always is, Super Bowl XLIX was much more than just the game. With the NFL Experience set-up in Phoenix all weekend long, various concerts and parties in the evenings, and NFL On Location official tailgate events set up on Super Bowl Sunday, NFL VIP guests had the time of their lives at Super Bowl XLIX!

With multiple NFL tailgate parties set up in various hospitality areas pregame according to the different levels of Official Ticket Packages, fans were spread out throughout the University of Phoenix Stadium and in the Gila River Arena, located a short distance away from the stadium entrance.

Open for three hours prior to the game, fans were able to kick-back and relax in a tailgate party for the century! Past Super Bowl Champions and NFL cheerleaders were present to meet-and-greet with fans, complimentary food buffets stretched as far as the eye could see, premium open bars were located throughout the room, and interactive entertainment such as arcade games, pool tables and ultimate foosball spanned throughout. Face painting stations were even open allowing fans to don their team logos on their cheeks! 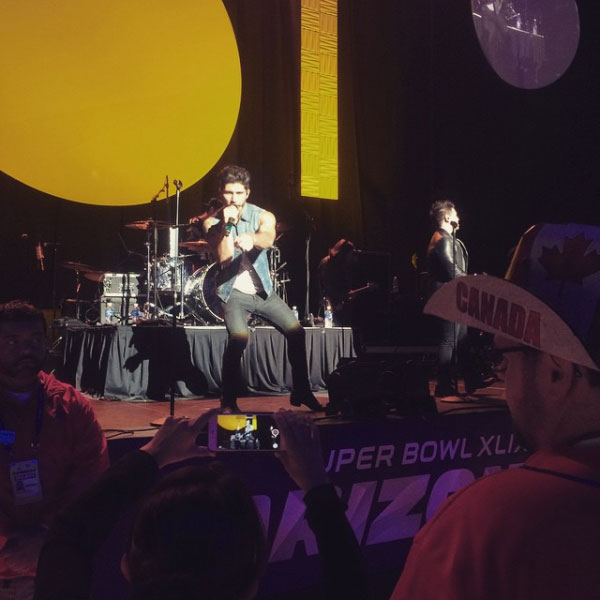 Then, country music sensations, Dan + Shay and Little Big Town took the stage! Playing their hit songs and getting the fans hyped, the stage was set-up so fans could be right at the performers! Nothing like a live, intimate performance by some of your favorite musicians, right?

NFL VIPs were having the time of their lives! And when hospitality closed, it was time to take their seats in the stadium for the pregame show. John Legend performed "America the Beautiful" and Idina Menzel performed the National Anthem as the jets flew over the stadium.

Katy Perry performed during the Pepsi Hyped for Halftime Show and astonished fans with her walk onto the field on large, electronic lion as she performed her hit single "Roar." Lenny Kravitz joined her on stage to perform "I Kissed a Girl" and Missy Elliot even made an appearance! The show ended with Perry singing "Firework" as the stadium shot off fireworks appearing above the open roof and the crowd went nuts!

The game was fantastic, the shows were wonderful and the NFL experience was unparalleled! There was not a bad seat in the house for the NFL On Location fans spanned throughout the stadium, and in-stadium hospitality reopened for 90 minutes after the game allotting Pats fans time to get in some celebratory "cheers!" Select Package holders were even granted the opportunity to take the field after the confetti dropped for a once-in-a-lifetime photo opportunity. 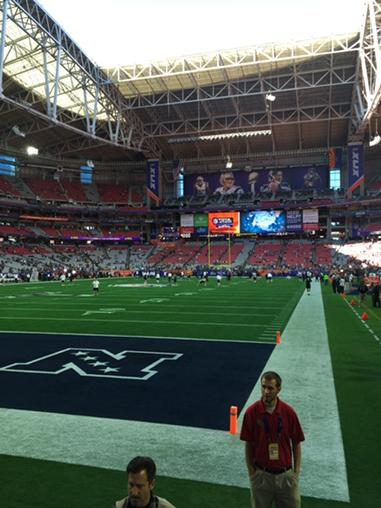 See the experience as it happened by searching #NFLVIP across social media.

The time has finally come for the Super Bowl to ditch the Roman Numerals... Super Bowl 50 is next! If you attended Super Bowl XLIX and want to relive your experience, or if you've never attended before, it's time to make that dream come true in 2016!

Avoid the hassle and risk of booking through outside vendors and resellers, and book direct from the NFL! With NFL On Location's Official Ticket Packages provided by QuintEvents, you can experience Super Bowl 50 with a similar experience to the one prior.

Official Ticket Packages are not released yet, but by adding your name to the 2016 Super Bowl Quick Call Back List by calling 1-866-834-8663 or by clicking the button below to fill out the form on QuintEvents' website, you can be the first to be notified when they are!

Where will you been when history is made at Super Bowl 50?

GET ON THE QUICK CALL BACK LIST FOR SUPER BOWL 50!