New York City is gearing up for an NBA takeover with All-Star Game-themed parties, concerts and contests in preparation for the 2015 NBA All-Star Weekend! 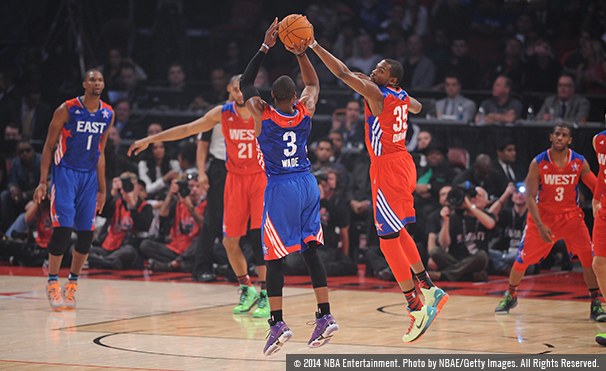 The five boroughs are working to bring together the entire Big Apple in celebration for the big event.

Starting Wednesday, the NBA House will host clinics, competitions and special appearances at the Brooklyn Paramount Theatre. Featuring a regulation-size court, the event will be star-studded with some of basketball’s biggest celebrities.

A New York staple, the Skylight at Moynihan Station at the James A. Farley Post Office, will also partner with the NBA to create another regulation-size court to host more clinics and contests during the week.

It has been rumored NBA celebrities Kareem Abdul-Jabbar, Bernard King and Muggsy Bogues will be dropping into various events and making appearance throughout the festivities.

For those hesitant to get on a court, there will be an All-Star Taste Truck outside Times Square with a variety of food trucks for fans to sample! Nets' dancers will be helping serve up the tasty treats.

Local musicians will also contribute, ringing in the NBA All-Star Weekend while playing to crowds all around Madison Square Garden the Sunday afternoon of the big game.
For tips on planning your NYC adventure, check-out our NBA All-Star Intinerary >> 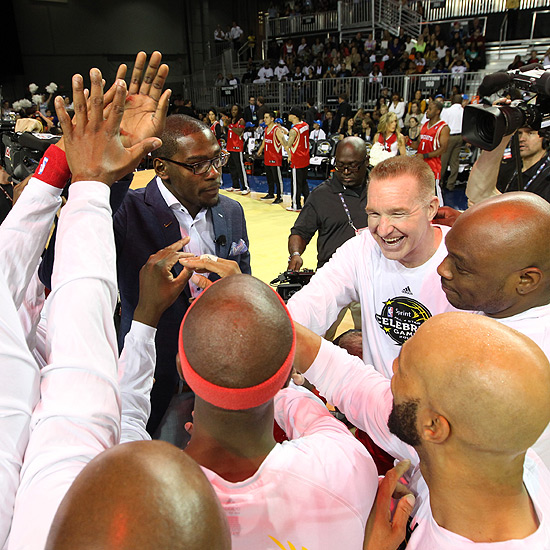 The Friday night Rising Stars Challenge has continued to evolve over the years. This year, the event will feature a ‘USA vs. the World’ format for the 2015 NBA All-Star Weekend. With 101 international players now in the NBA from 37 different countries, the concept is a natural step for the NBA.

Two 10-man rosters will have at least three first-year players and three second-year players, pinning NBA players from the United States and other countries around the world against one another in a fierce competition. 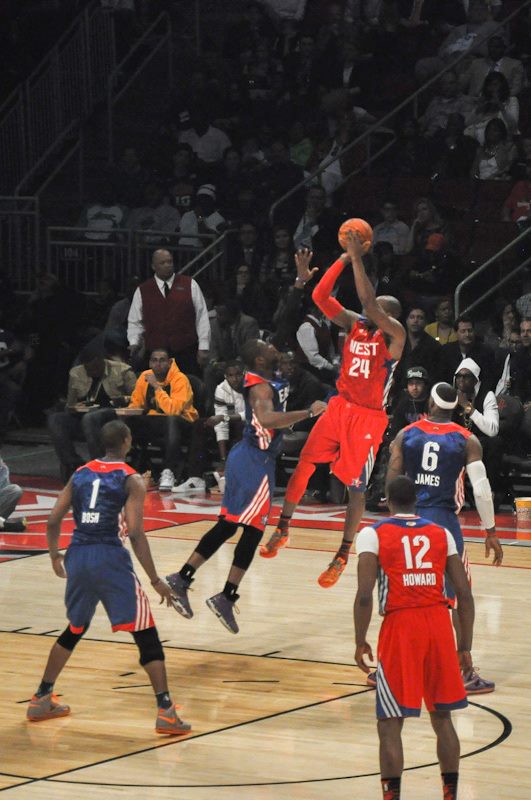 Saturday night will be a star-studded event full of talent and entertainment.

The Degree Shooting Stars Competition will feature the reunion of the two-time defending championship team consisting of Chris Bosh, Dominique Wilkins and Swin Cash. They won’t be the only powerhouse team, though.  Anthony Davis will join Scottie Pippen and Elena Delle Donne, and Stephen Curry will join forces with his father, NBA retired guard Dell Curry and Sue Bird.

The Shooting Stars Competition will be followed by the Taco Bell Skills Challenge. The challenge is similar to an obstacle course and is a three-round test of dribbling, passing, agility, and shooting. Seven of the eight players participating are point guards, including defending champ Trey Burke from the Utah Jazz.

The Sprite Slam Dunk Contest will be the only event on Saturday night to feature a New York affiliated player.  Mason Plumlee will participate in this showcase of talent and personality.

See our guide on what to bring >>

The new Golden State Warriors coach, Steve Kerr, will assist the Western All-Stars while Atlanta Hawks’ Mike Budenholzer will the lead the stars of the East.

Warriors’ Stephen Curry out-voted NBA legend LeBron James of the Cleveland Cavaliers with more than 1.5 million votes. While Blake Griffin was originally slated to play for the Western Conference, he will be replaced by Damian Lillard following an injury.

With NBA-Events Official Ticket Packages, you can attend meet-and-greets with NBA legends, receive photo-ops with some of the sport’s biggest stars, enjoy an exclusive hospitality party room at the next year’s venue complete with gourmet food and an open bar, and even post-game on-court access at the 2016 NBA All-Star Game!

Will we see you in Toronto?