The Difference Between VIP & Barrett-Jackson VIP Access at Scottsdale 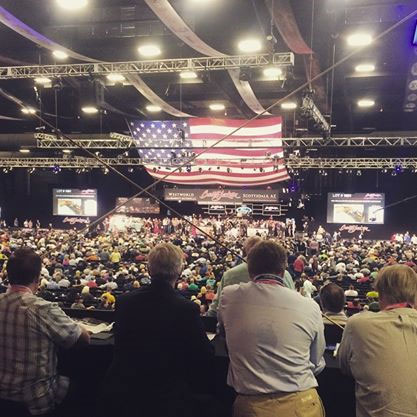 For the first time ever, Barrett-Jackson teamed up with QuintEvents to launch the Barrett-Jackson VIP Experiences program in January at the WestWorld of Scottsdale. While the program provided fans with unbelievable access inside the 2015 Barrett-Jackson Auction, slight confusion was also raised.

With regular VIP and #BarrettJacksonVIP access both available, what was the difference? Which was better? And will it remain that way at future auction events?

Read on for the answers to these questions and more!

For starters, there are two ways to get VIP access at Barrett-Jackson: buying a Bidder's Badge or becoming a sponsor, or booking a Barrett-Jackson VIP experience through QuintEvents.

By electing for a Bidder's Badge, you'll receive a Bidder Credential Packet with a VIP badge (in January 2015, they were yellow). This VIP badge will grant you access to select exclusive areas such as the Bidder's Bar and the Bidder Seating Area.

However, that's where the access ends. There are other amenities included with a Bidder's Badge, but that VIP pass only gets you in those two places.

On the other hand, Barrett-Jackson VIP Experiences grants you all-inclusive access throughout the WestWorld of Scottsdale venue for the duration of your trip. For example, the following amenities were included with an Official Ticket Package at the last Scottsdale event: 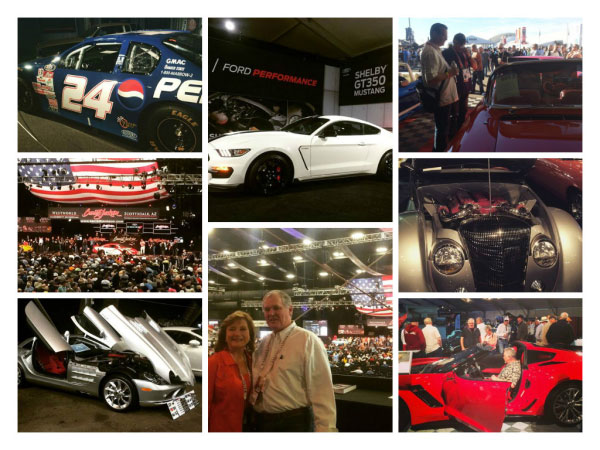 Become a #BarrettJacksonVIP at Scottsdale 2016!

Want to become a #BarrettJacksonVIP at the 2016 Barrett-Jackson Auction in Scottsdale? YOU CAN!

Official Ticket Packages are not on sale yet, but by signing up for the Quick Call Back List, you can be the first to know when they are released. Package inclusions are still being finalized, but you can expect them to be similar to last year's inclusions.

If you're a die-hard automobile fan or are looking for the next beauty to add to your collection, don't miss your chance to attend in 2016 with QuintEvents!

Call 1-866-834-8663 to speak to a Barrett-Jackson VIP Experiences' representative or visit QuintEvents' website by clicking the button below to be added to the Quick Call Back List.

Where will you be when the world's most unique and valuable automobiles cross the block at WestWorld?