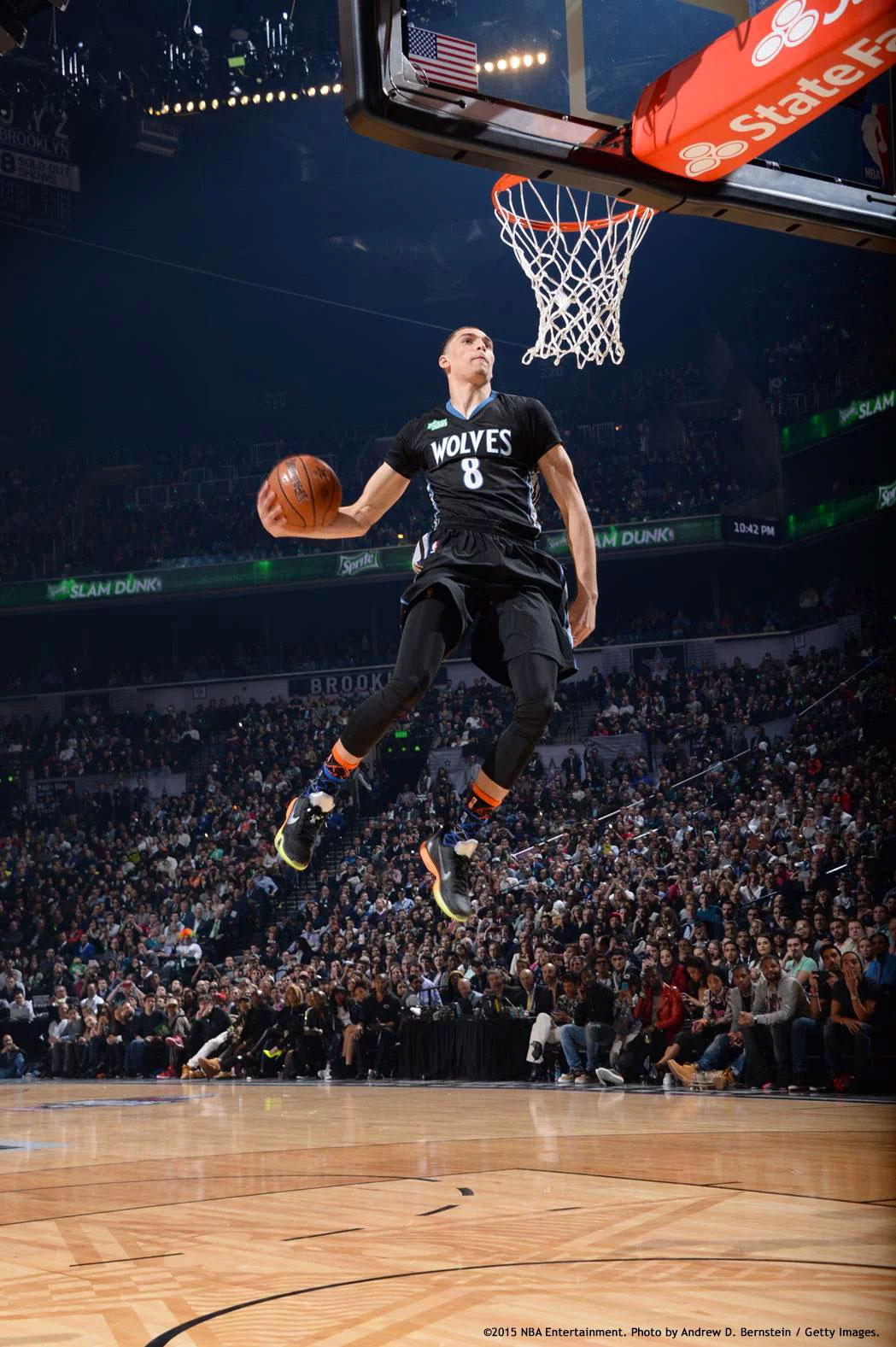 If you’ve never had the chance to live the NBA All-Star experience or if you have and are up for a walk down memory lane; get ready, this is for you! Over the next couple of weeks we’ll be breaking down each one of the lively challenges during the State Farm All-Saturday Night. From the Degree Shooting Stars Challenge, the Taco Bell Skills Challenge, the Foot Locker Three-Point Contest, to today’s featured breakdown, the Sprite Slam Dunk Contest, we will fill you in on all the upcoming action.

Returning to a classic format, the Sprite Slam Dunk will be a two-round event in which four participants can perform any dunk they choose without time limits. The players will have a maximum of three attempts to complete each dunk in both the first round and the final round. Five judges will score every dunk on a scale of 6 to 10, resulting in a high score of 50 and a low score of 30. All four competitors will get two dunks in the first round. The two dunkers with the highest combined score for their two dunks will advance to the head-to-head final round. The player with the highest combined score for his two dunks in the final round will be the champion.

A Look Back at the NBA All-Star 2015 in Brooklyn

This year’s NBA All-Star weekend took place at the Barclays Center in Brooklyn, New York. A first-time champion was crowned at three surging second-year players and a leading rookie made their debut in the league’s above-the-rim showcase: the Milwaukee Bucks’ Giannis Antetokounmpo, the Minnesota Timberwolves’ Zach LaVine, the Orlando Magic’s Victor Oladipo and the Brooklyn Nets’ Mason Phunlee. 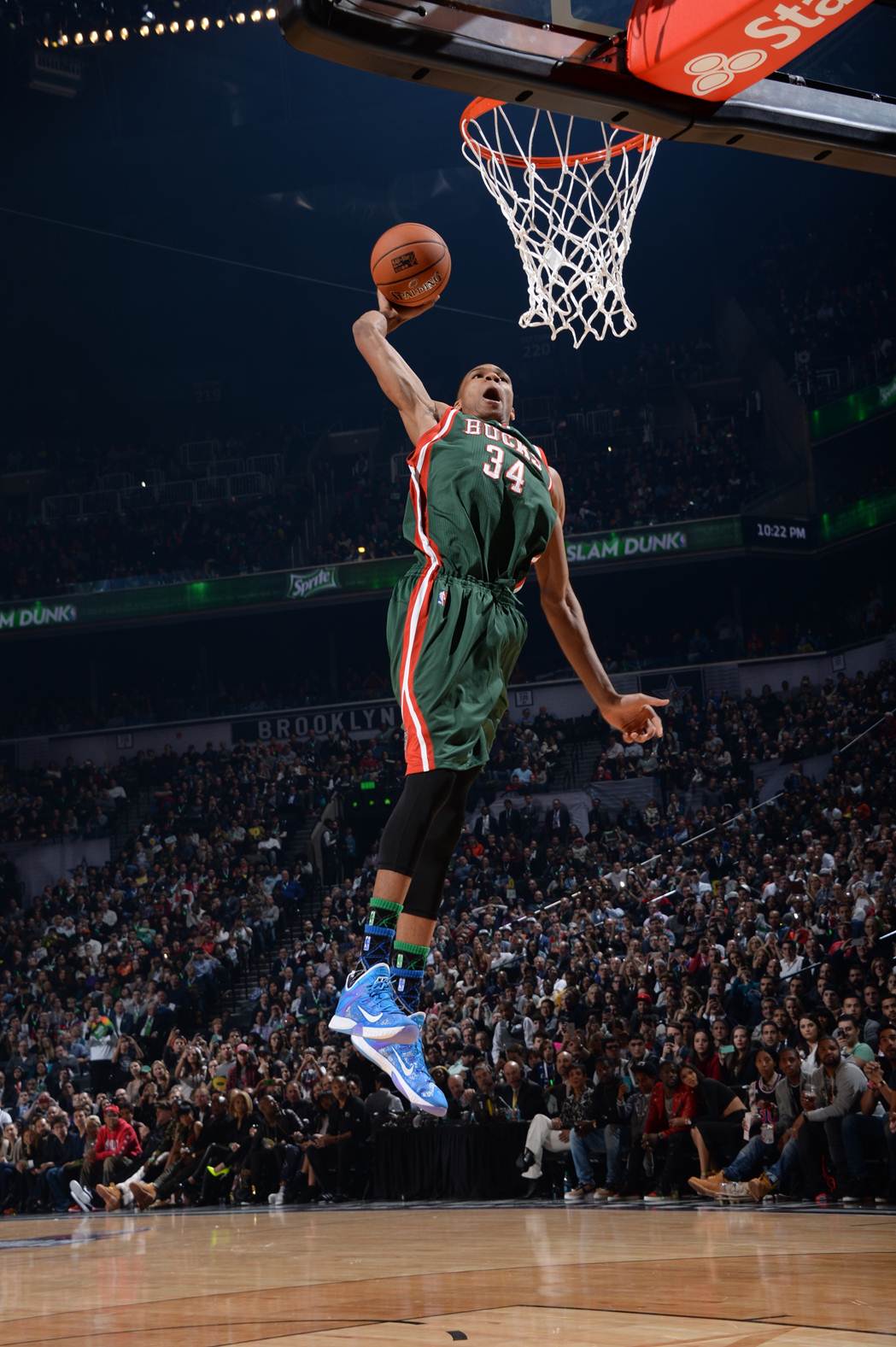 NBA’s Rookie of the Year

New York Nets’ Mason Plumlee took a shot at becoming the first Nets player to win the Sprite Slam Dunk and the fourth player to claim the title at his home arena, an exclusive club composed of the Chicago Bulls’ Michael Jordan (1988), Minnesota’s Isaiah Rider (1994) and the Los Angeles Clippers’ Blake Griffin (2001). Plumlee unfortunately was eliminated in the first round.

Buck’s Giannis Antetokounmpo was the first Bucks player to appear in the Sprite Slam Dunk since Ray Allen in 1997. Needless to say, Antetokounmpo had quite the big shoes to fill. He had the opportunity to make history as both the first Milwaukee player and first international player to win the title. Sadly, Antetotokounmpo was eliminated in the first round of the competition as well.

The moment Timberwolves’ Zach LaVine took the court, it was evident the kid meant business. LaVine walked onto the court wearing a No.23 Michael Jordan jersey from the 1996 movie Space Jam. The 19-year-old Timberwolves rookie became the Sprite Slam Dunk champion with a precocious, out-of-this-world display of athleticism and imagination at State Farm All-Star Saturday Night. He defeated Victor Oladipo in the finals by a score of 94-72. 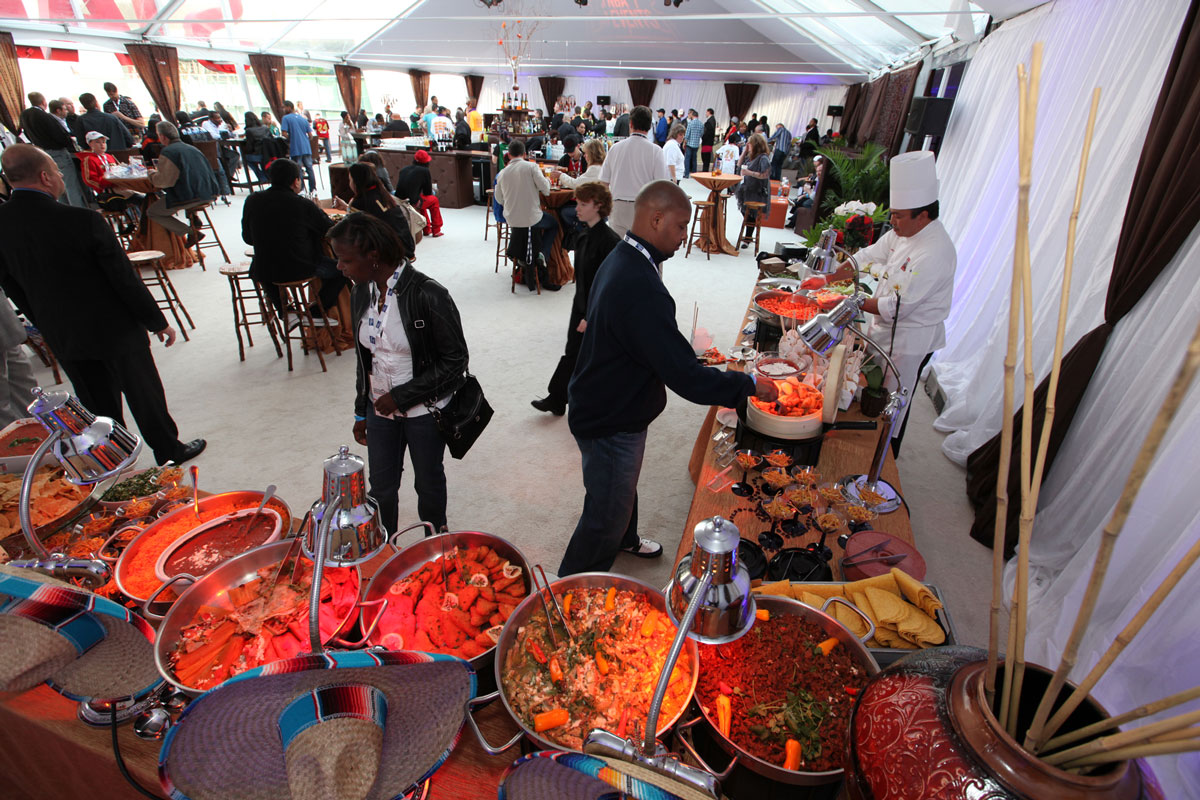 Head to Toronto for the NBA All-Star 2016

Now that you’ve gotten the low-down on one of the most entertaining challenges during the NBA All-Star weekend, what are you waiting for? Get your Official Ticket Package direct from the NBA through QuintEvents and you can start planning your own All-Star weekend.