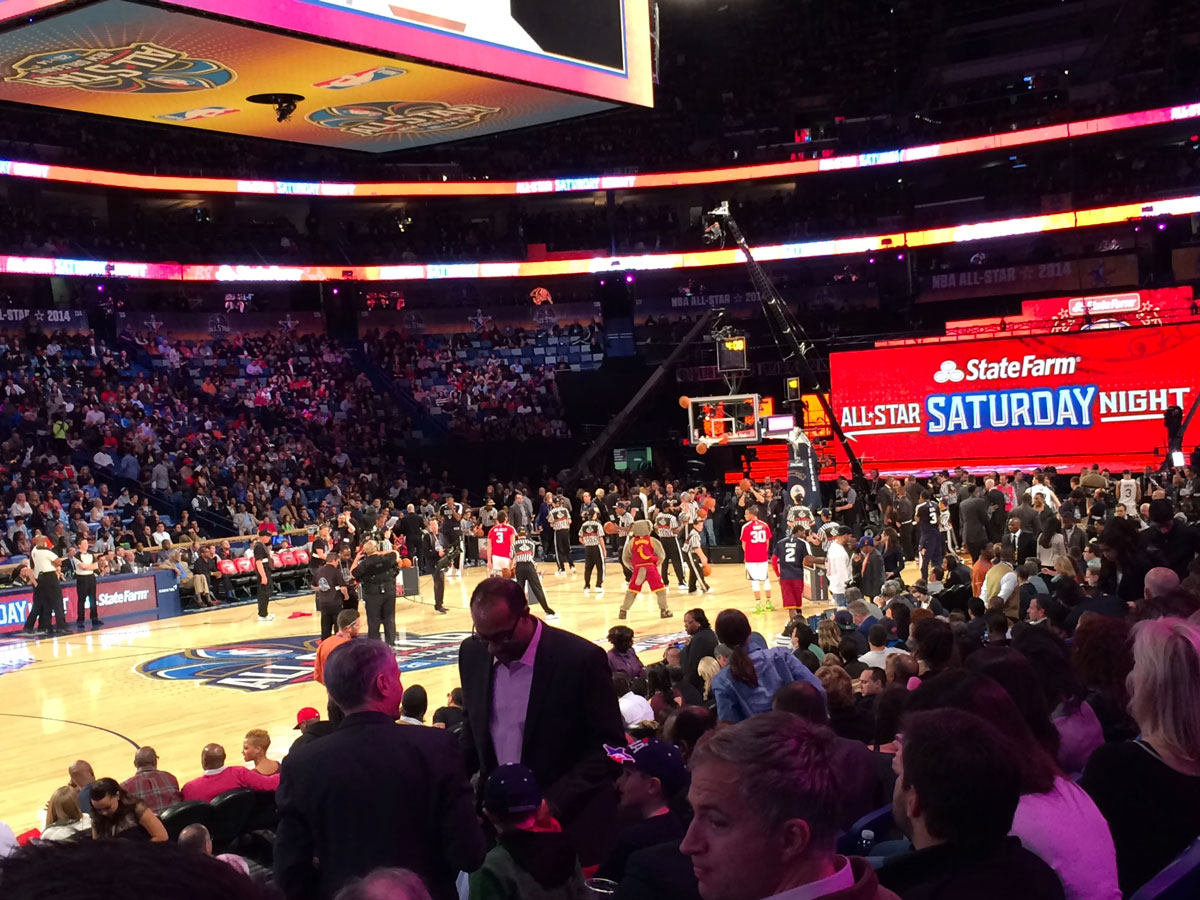 If you’ve ever played a friendly game of pick-up with your friends or have watched any basketball game on TV, then you know that one of the most impressive moves to see executed perfectly is the three-pointer. There’s nothing like seeing the ball go swiftly through the hoop and hearing the sounds of approval from fans!

The 3-point contest has been moving toward replacing the Dunk Contest as the main event of Saturday night for a couple of years now. During the NBA All-Star 2015, there were rumors the Three-Point Contest was going to replace the Sprite Slam Dunk Contest as the closing event, and those rumors are still swirling today! Maybe we could see a shake-up at the NBA All-Star Weekend 2016.

As many people know, the Three-Point Contest consists of two rounds with the top three shooters advancing to the finals. There are five ball racks on the floor with one in each corner, one on each wing, and one at the top of the 3-point arc. Four of the racks consist of four normal NBA basketballs and a fifth money ball worth two points. The fifth rack will be placed at the choosing of the shooter and will be all money balls.

After all eight players shoot, the Top 3 will advance to a final round where the championship would will be decided. 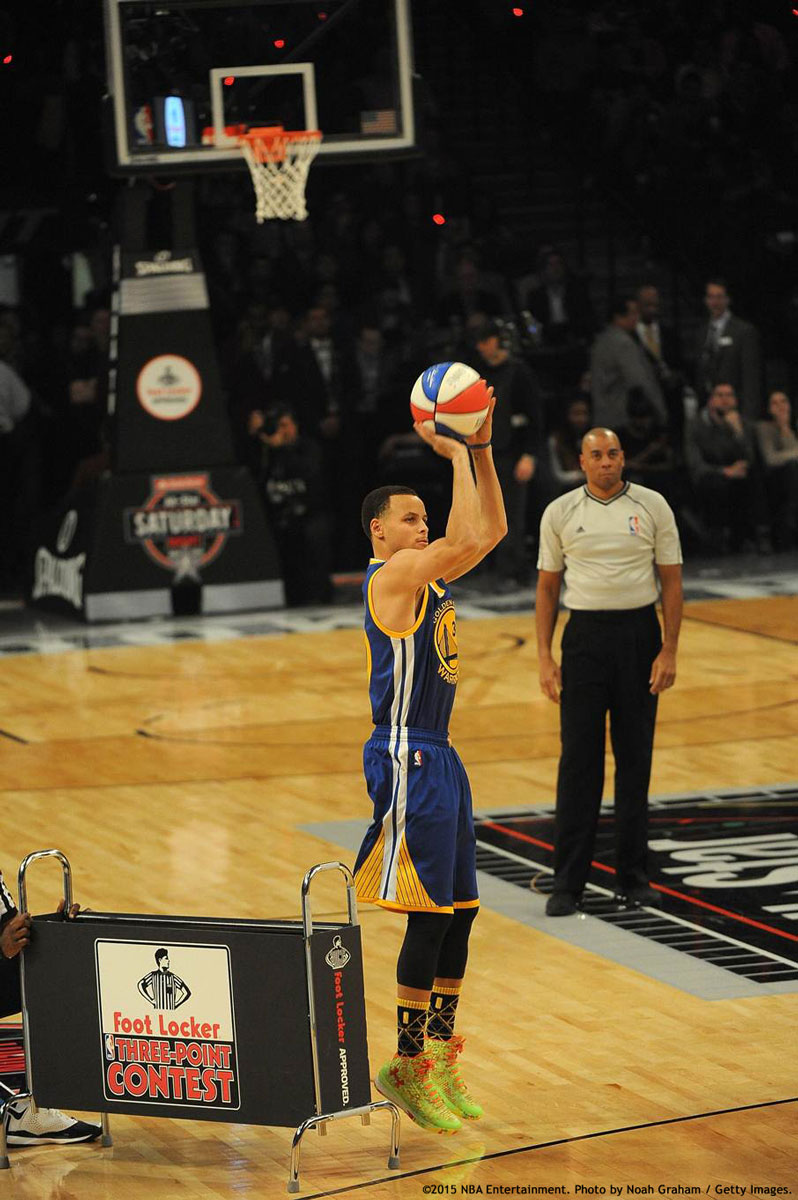 This past February, the NBA All-Star took Brooklyn by storm, bringing one of NYC’s most beloved sporting events right to its stoop! Let take a look back at what made the 2015 NBA All-Star just so spectacular! Stick around to find out how you can guarantee your spot at next year’s All-Star festivities in Toronto!

2014’s defending champ, Marco Belinelli (San Antonio Spurs), did not make it out of the first round, finishing with 18 points. That’s how quickly this game can change! It is extremely difficult to make it through to the final round of the competition.

Last year, Belinelli was able to power-through and dominate the other talented players. Unfortunately this year the cards were not in his favor.

Before Stephen Curry and Co. (Golden State Warriors) won the title of NBA Champions, Stephen was fighting to earn the title of best shooter ever of the Foot Locker Three-Point Contest.

Curry came out onto the court rolling out the virtual punches with near-perfect accuracy. Curry nailed 13 shots in a row and finished with 27 points in a ridiculous championship round effort to fight off Splash Bros and fellow All-Star Klay Thompson and Cleveland Cavaliers All-Star Kyrie Irving in the championship round. 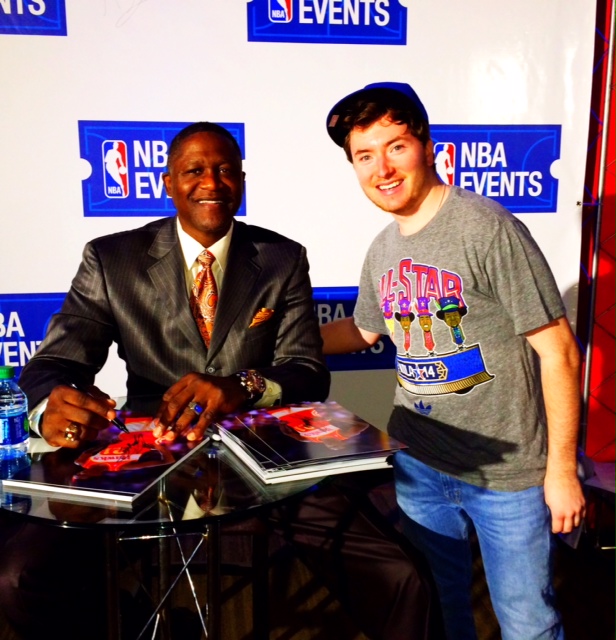 Irving, the winner in the Three-Point Contest in 2013, followed his first round score of 23 points with just 17 in the championship round. Curry went second and cranked it up, putting a ton of pressure on Thompson to combat his efforts. Unfortunately, that’s something he simply couldn’t do on that night and wasn’t able to defend this title.

They say the universe works in mysterious ways; perhaps this was a foreshadowing of what was to come a few months after the NBA All-Star.

Now that you’ve gotten the low-down on one of the most entertaining challenges during the NBA All-Star weekend, what are you waiting for? Get your Official Ticket Package direct from the NBA through QuintEvents and you can start planning your own All-Star weekend.