Carnoustie Golf Links – The Host of The 147th Open Championship

The Open Championship is golf’s oldest and most prestigious major championship. In addition to being the oldest it is also the most internationally known championship in professional golf. It was created to crown the Champion Golfer of the Year and since its inception in 1860, The Open has been played on 14 of the world’s most cherished golf links. This year, the historic championship will be held at Carnoustie Golf Links in Carnoustie, UK.

Golf has been played at Carnoustie since the early 16th century and has now developed the reputation as one of the hardest courses in the world.

The game of golf has been played at Carnoustie Golf Links for over 4 centuries. The first record of golf ever being played on the land that is now Carnoustie was found in records that date back to 1560.

In 1839, Carnoustie Golf Club was created, making it the oldest artisan club in the world. During this time, Carnoustie only consisted of 10 holes that were laid out by the greatest golfer of that time, Allan Robertson. 28 years later in 1869, the course was extended to 18 holes. However, it wasn’t until 1926 that the course was in the position to host The Open Championship.

There are many stories behind where the name Carnoustie derives from. One being from two Scandinavian nouns; car meaning rock and noust meaning bay.

Another historical theory, is that it came from the Battle of Barry which was fought in 1010, where the Scottish King fought off a band of Danish invaders. The battle was suggested to be quite the lengthy massacre until Camus, the Danish general, was taken out with a sword. There is a cross on the grounds of Panmure Estate, just around the corner from the golf course, that marks the spot where he was buried.

Legend has it that due to the loss of their favorite warrior, Norse Gods put a curse on the neighborhood including what is now the golf course, which let thousands of crows loose. The crows then colonized in the a near woodlands, what is now Buffon Ness. As the number of crows grew, they became known as the Craw’s Nestie and later, Carnoustie.

Be Part of History at The 147th Open Championship 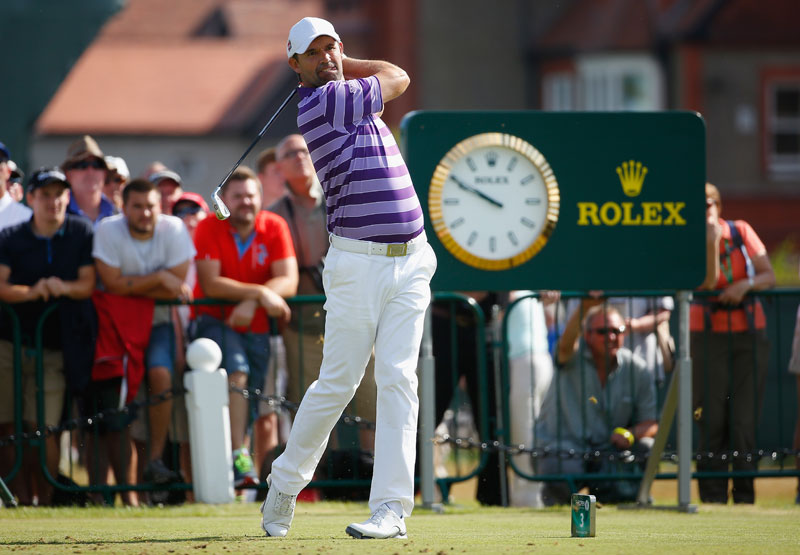 Each championship brings unbelievable excitement and drama, from what may have been one of the greatest Opens of all time in 1953 with Ben Hogan’s victory, to Padraig Harrington’s win at The 2007 Open, arguably the best major performance of all time.

The Open Experiences is the Official Experience Partner of The R&A providing you with a variety of Premium Experiences Packages complete with exclusive access to The Open Championship. Enjoy on-course hospitality, scheduled tee-times at renowned courses, and many more unmatched insider extras for a week you’ll never forget!

Interested in hearing more? Look no further. Fill out our form or give us a call today at 866.223.6482 and an expert event specialist will provide you with all the information you need. Don’t wait, plan your trip of a lifetime today!