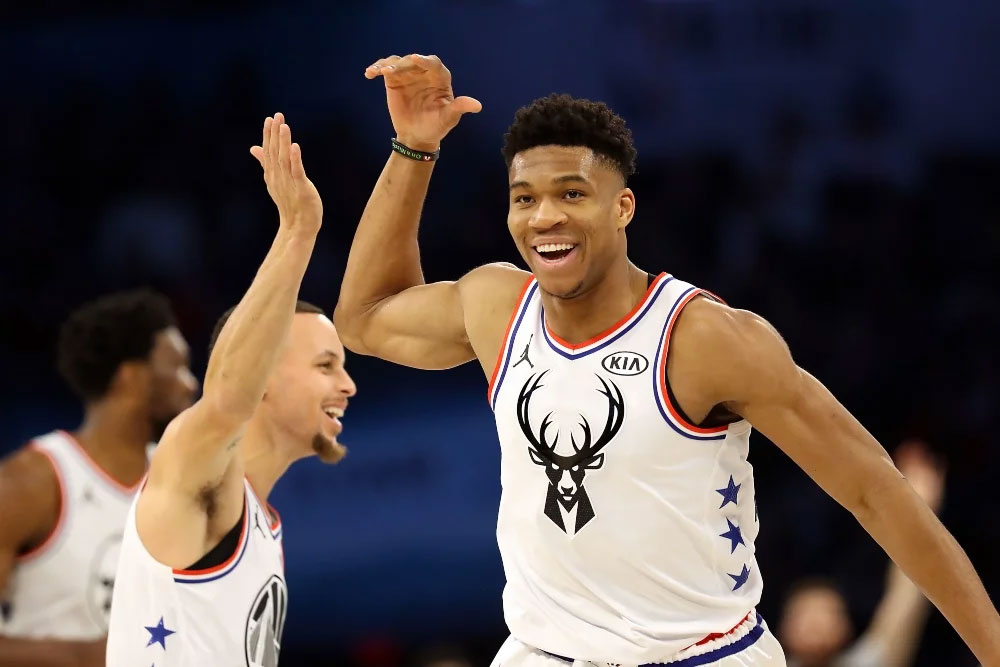 Beginning in 2018, the NBA All-Star Draft, still in its infancy, has become one of the most enticing aspects of NBA All-Star.

While the NBA All-Star Game has historically been a competition between the Eastern and Western Conferences, the league decided to shake things up in 2018 to add a new spice to the biggest weekend of the year.

Instead of conference versus conference warfare, the top fan vote getters in each conference would be named captains of their respective teams and given a team under their own name. Then, once the rest of the All-Stars have been announced, the captains select their teams in the....

How the NBA All-Star Draft Works

A total of 24 players are named NBA All-Stars each year (26 in 2019 to honor the final seasons of Dirk Nowitzki and Dwyane Wade) with the captains included.

That means that there is a pool of 22 players available for each team to draft.

The 22 available players are separated into two pools — the eight other starters that were selected and the 14 reserve players.

The captains first have to pick from the available starters — which are comprised of two guards and three frontcourt players from each conference. They pick back and forth until their starting lineup is filled.

Then the next portion of the draft commences, where the captains pick the remaining 14 reserve players. The first pick in this section goes to the captain who picked second when selecting the starters.

Are Trades Allowed in the NBA All-Star Draft?

While never explicitly stated in the draft rules, trades are allowed in the NBA All-Star Draft.

The first trade occurred moments after the conclusion of the 2019 Draft, with Team Lebron trading for Ben Simmons while giving Russell Westbrook to Team Giannis.

While captains can't trade for uneven numbers (two players for one), these types of one-on-one trades are completely fair game.

Is the NBA All-Star Draft Televised?

The short answer is yes.

The first NBA All-Star Draft in 2018 was held behind closed doors not televised, resulting in an uproar from fans and media members alike.

In response to the outcry, the league decided to televise the 2019 NBA All-Star Draft on TNT and the special was a hit.

The 2020 NBA All-Star Draft will follow suit and be televised on TNT once again.

Get on the NBA All-Star 2021 Waitlist