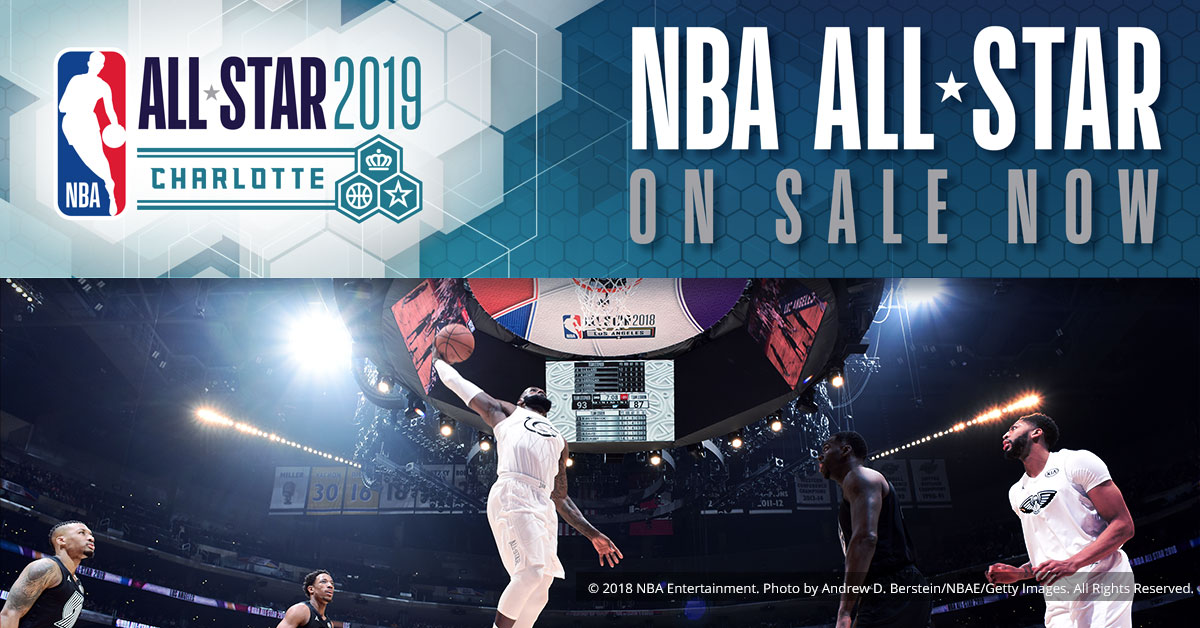 Every year, NBA All-Star becomes the center of the sports world for a weekend, and every year we hear about how hard it is to get tickets to the event.

With basketball's biggest festival headed to Charlotte for 2019, the fever pitch to get tickets has reached an all-time high, leaving many to believe they may miss out on experiencing one of the biggest sporting events of the year.

But with NBA Premium, you can still purchase tickets to every event during NBA All-Star 2019. Here's how:

An Official Ticket Package from NBA Premium, an Official Hospitality Provider for NBA All-Star 2019, gets you a ticket to the State Farm All-Star Saturday Night and the 68th Annual NBA All-Star Game with exclusive extras.

With a Gold or Silver level package, you get additional access to a two-hour pre-game hospitality hangout on Sunday, featuring player and legend meet-and-greets, gourmet food, a premium open bar and much more.

When ordering a package, you also have the option to add any of the other NBA All-Star Weekend Events, like the NBA All-Star Celebrity Game, MTN DEW ICE Rising Stars or Lunch with a Legend, to your order à la carte.

With NBA Premium, you can be at any or all of the events and festivities of All-Star 2019 with none of the hassle or uncertainty.

Official from the NBA — No Secondary Market

As an Official Partner, your NBA Premium tickets come directly from the NBA. Since our tickets are straight from the event organizers, we can promise authenticity of your ticket package that other providers can't.

With the official public on sale already occuring for All-Star 2019, we know that a ticket to State Farm All-Star Saturday Night and the 68th Annual All-Star game are going to be very hard to come by, and extremely expensive.

Due to the open market, when the tickets sold out in minutes in the general sale, the prices shot skyhigh from secondary providers like StubHub, VividSeats and Ticketmaster. In fact, Ticketmaster currently isn't even offering tickets to either event on Saturday or Sunday.

With NBA Premium, we offer stable pricing that isn't subject to market fluctuation. This is thanks in part to our tickets coming right from the NBA.

Get Your NBA All-Star 2019 Tickets

Friday's events include the NBA All-Star Celebrity Game and the MTN DEW ICE Rising Stars. The NBA All-Star Celebrity Game, held at Bojangles' Coliseum, lets the biggest stars from film, TV and music take the court alongside former NBA and WNBA players for a true test of their skills. MTN DEW ICE Rising Stars, held at the Spectrum Center, takes the best rookie and second-year players in the league and pits them against one another in a Team USA vs. Team World format.

On Saturday, the events kick off at 9:30 a.m. with Media Day at Bojangles' Coliseum. Then at noon, the stars align for the NBA All-Star Practice — the first and only practice session that the All-Stars will have before the big game on Sunday. 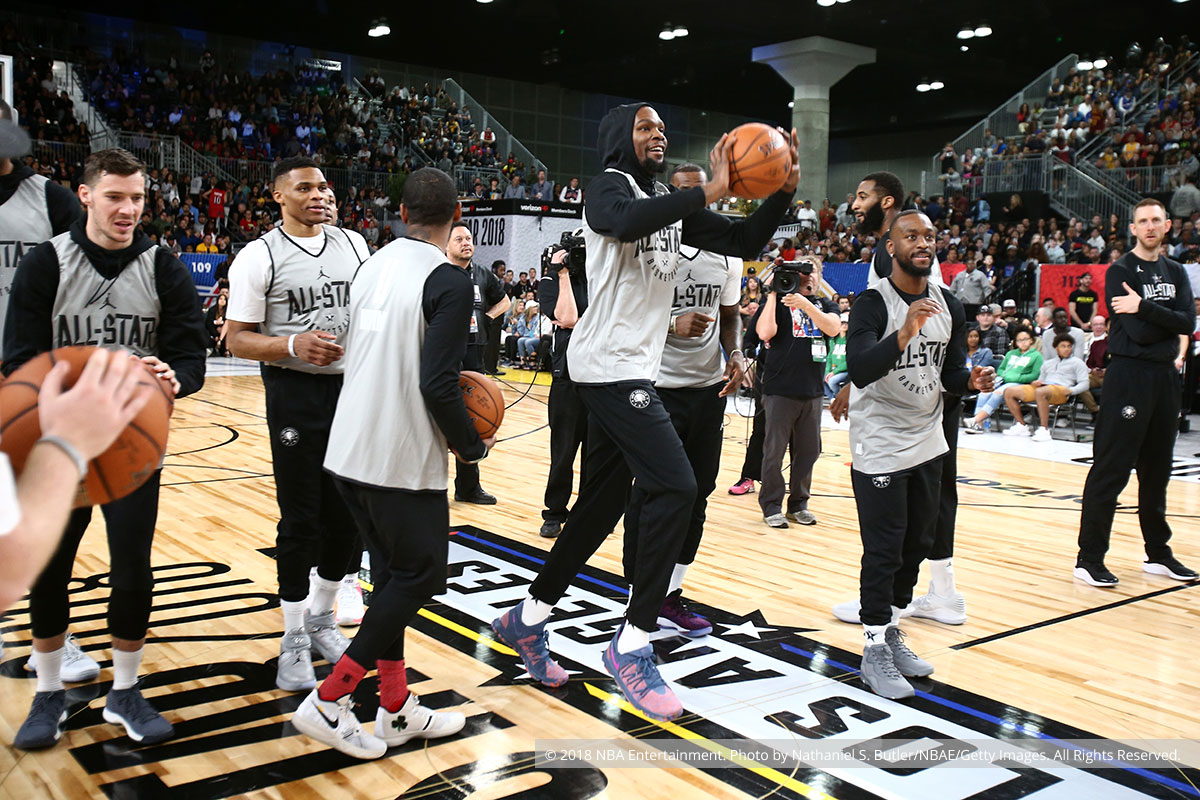 The party officially kicks off on Saturday night with the State Farm All-Star Saturday Night. This is a three-event showcase with the Skills Challenge, the Three-Point Contest and the Slam Dunk Contest. With a packed house dripping with celebrities from around the globe, this is the biggest "can't miss" part of the weekend. 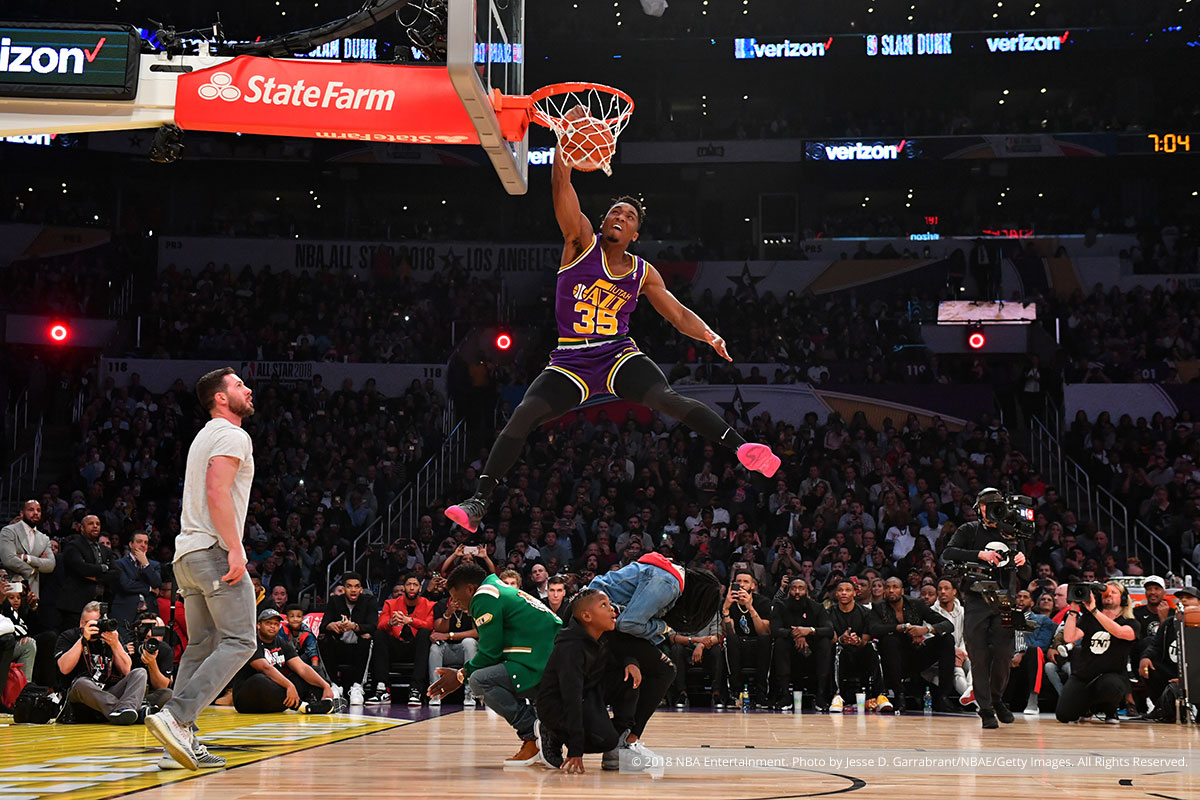 And then on Sunday, the main event. The 68th Annual NBA All-Star Game pits the best players in the league against one another in the most energetic and exciting exhibition game of the year. Current stars like Lebron James and Steph Curry are almost locks for the game, alongside the biggest names from the Eastern and Western Conference.