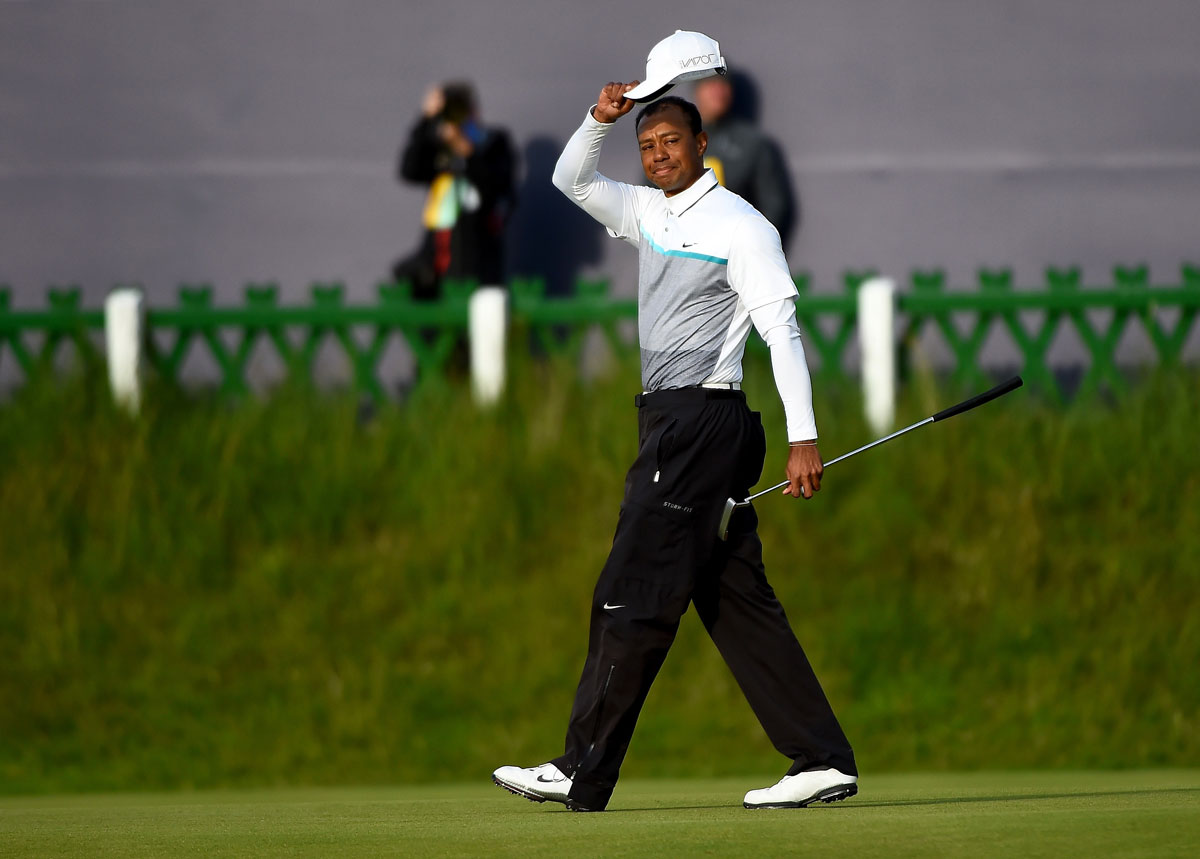 As the 2019 Major Championship season closes its doors, the landscape of the sport has shifted drastically. New champions have emerged to claim their first Major titles, the sport's most dominant player continues to write his own story and golf's biggest icon rose from the ashes to don green once again.

With the FedEx Cup Playoffs still left on the calendar, we're looking back and ranking the four winning Major Championship performances of 2019.

No golfer over the past couple of years has been more dominant on the biggest stages than World No.1 Brooks Koepka.

The West Palm Beach native has won four Majors since 2017, was the runner up in both The Masters and U.S Open in 2019 and finished tied for fourth at The 148th Open.

Koepka's only Major victory this year came at the 2019 PGA Championship, where he conquered the infamous Black Course at Bethpage.

While Koepka is steadily tightening his grip on the sport, his PGA Championship performance falls at the bottom of this list simply due to his almost-colossal collapse on Sunday.

Going into the final round with a seven-stroke lead, the typically stoic Koepka bogeyed four straight holes in the middle of the round while former World No.1 Dustin Johnson came soaring back. The tides turned quickly as the crowd got behind Johnson’s attempt to usurp Koepka at the top of the leaderboard.

But the level-headed Koepka sorted his problems, steadying his stroke and crawling his way to another Major Championship.

The 74 that Koepka shot on Sunday was the worst final round performance by a PGA Championship winner in 15 years.

While Koepka was chased from behind at the PGA Championship, he was the one hunting down the competition at the 2019 U.S. Open — but nothing was going to stop Gary Woodland from winning his first career Major Championship.

The 35-year-old jumped out ahead of the competition after shooting a second-round 65, which tied for the lowest U.S. Open round ever at Pebble Beach.

Woodland carried the lead into Sunday, where he started the day at 11-under par. The drama started when Koepka birdied four of the first five holes to charge back into contention and extend his quest for a third consecutive U.S. Open title.

But Woodland, like the way Koepka carries himself on the course, remained stoic throughout the 18 and never let the pressure of the chase affect his swing. After a birdie on No.14, victory was in sight for the Topeka, Kansas native. As he stepped onto No.18, two strokes ahead of Koepka, only a disaster could have prevented Woodland from U.S. Open glory. Instead — he birdied the hole for good measure.

When the birdie putt sank in, Woodland finally let himself celebrate — embracing the crowd and letting out a long-waited fist pump to cement his win.

Some stories seem too good to be true as they're developing.

As Ireland's Shane Lowry sat atop The 148th Open leaderboard after two rounds at Royal Portrush, that seemed to be the general sentiment. The Irishman who grew up just a few hours from the course would surely falter under the weight of expectation and excitement in the final two rounds.

But instead — the exact opposite happened.

Lowry cemented his lead in the third round of golf's only international Major, shooting a Royal Portrush course record 63 and lead by four strokes going into the final round. The feat also earned him the lowest 54-hole score in The Open history at 197 strokes.

With the pressure of an entire nation on his back on Sunday, Lowry finished the final day with a steady 72 to claim the Claret Jug by a whopping six strokes.

The moment that sealed it for Shane Lowry, a dream turned into reality for the Irishman 🇮🇪 #TheOpen pic.twitter.com/QbsgNbGtW6

There are few moments in sports where the entire world can watch live as someone resurrects their career.

But The Masters 2019 provided a moment like this and it will go down as one of the most important sporting feats of all time.

After 11 years filled with controversy, failed expectation and injury, Tiger Woods ascended back to the top of the mountain and claimed his 15th Major Championship and fifth Green Jacket.

But even after so many historic moments in Woods’ career, this one was a first — Woods had to come from behind to claim his first Major in over a decade, something he had never done in any of his previous 14 Major Championship victories.

But as play went on through Sunday, the anticipation grew. Francesco Molinari, the leader through 54 holes, faltered on the back nine, finishing the fourth round at two-over par and finishing 11-under.

This left room for Woods, along with the usual suspect in Koepka, to make a charge for the top.

Back-to-back birdies on No.15 and 16 put Woods in the lead and he entered the final hole needing just a bogey to make history. He did just that, taking five shots with a short tap-in to win his first Major since 2008.

The eruption from the crowd was other-worldly and Woods finished off the storied performance with his patented first pump.

Get exclusive access to golf's biggest events in 2020 with Official Ticket Package from The Open Experiences and THE PLAYERS Experiences.

Enjoy full grounds passes, exclusive hospitality, insider extras and more! Packages for The Open 2020 are currently available and you can get on the wait list at ThePlayerExperiences.com to receive updates on when Official Ticket Package will be available.