I always love a good debate, especially when it involves college football. Usually, we hear debates over who is the better team or the better player. Well, what about who has the best mascot? There are so many mascots that caught our attention, but we managed to narrow it down to six. Check out our list of the six best college football mascots.

The Duck – University of Oregon

Everyone recognizes The Duck from Oregon. How could you not? After all, we can’t forget his beatdown with the Houston Cougar in 2007.

Funny enough, from the 1920s until the 1940s, Oregon actually had a live duck named Puddles as its mascot. Then, the school adopted Donald Duck as its mascot in 1947 after athletic director, Leo Harris, struck a deal with Walt Disney. Currently, Oregon is one of only two pro or college programs with a duck mascot. 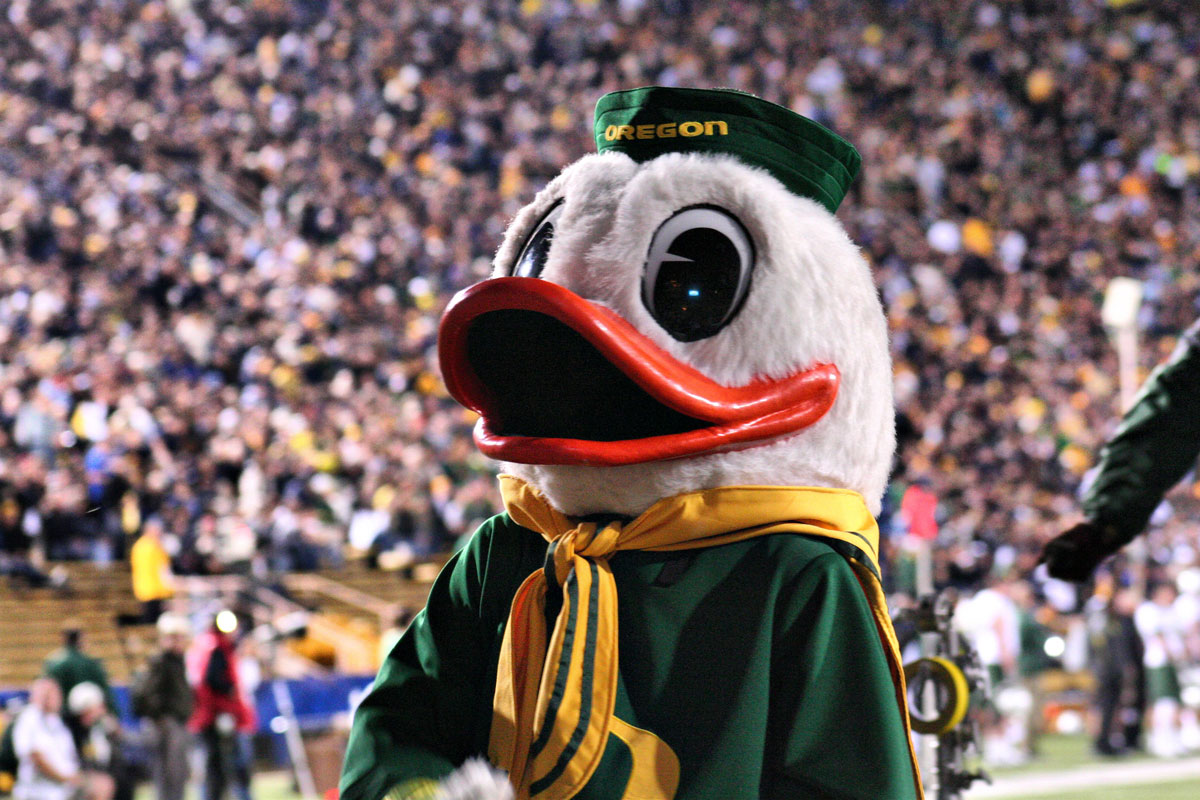 Uga was voted as the best mascot in 2015, and really, that comes as no surprise. The adorable English bulldog has been an icon for UGA and Sanford Stadium for about 60 years. He’s even appeared on the cover of
Sports Illustrated.

The current Uga is the tenth one to hold the position – to some, he’s known as “Que.” During the games, he walks the sidelines in his custom-made jersey and sometimes takes a break to relax in his own air-conditioned dog house. 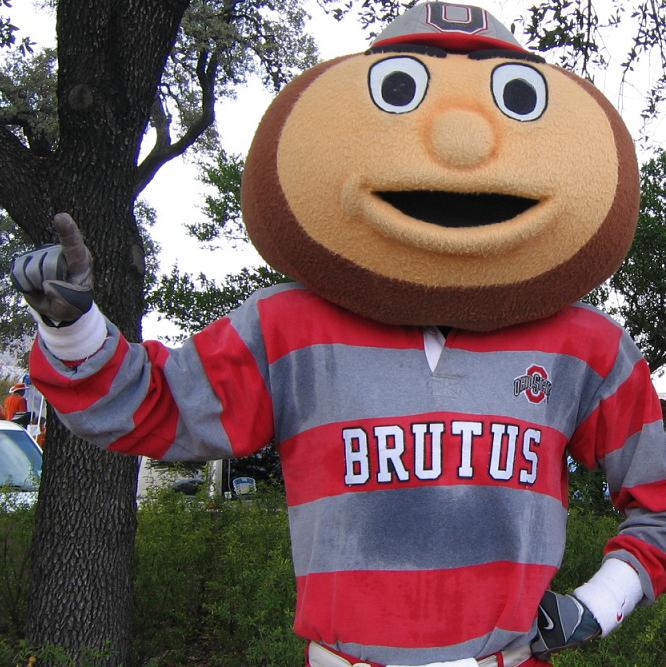 Good ole Brutus! Brutus is another recognizable mascot, mostly because of his goofy antics. He’s full of energy and always seems to be having the time of his life.

Not many (if any) other colleges have a fruit as a mascot, so of course we had to include Otto the Orange from Syracuse University. Back in the early 1980s, Syracuse was looking for a new mascot. They considered a penguin with an orange scarf, an orangutan, the Abominable Orangeman, the Orangeman, Egnaro the Troll and, of course, an Orange. Well, thank goodness they picked the lovable Orange! He’s fuzzy, cute and cuddly and wears an adorable baseball cap. Who needs an intimidating mascot when you can have an orange? 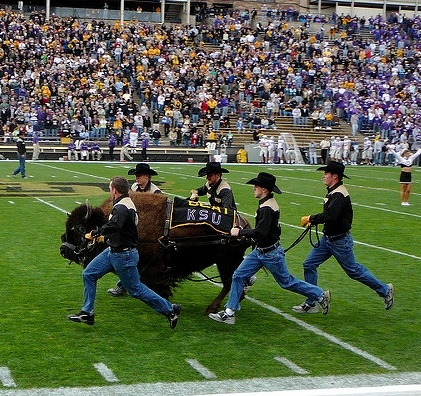 Another live animal currently serves as a team mascot: Ralphie the Buffalo. Since 1967, a live buffalo has led Colorado football players onto the field at every home game. The current Ralphie is the fifth buffalo to have run under that name.

Fun fact: In 1970, Air Force Academy cadets kidnapped Ralphie, sandwiched her between two giant buns and paraded her around Falcon Stadium with a six-foot tall bottle of ketchup. Talk about a good time.

A lot of colleges have animals as mascots, but does it get any better than a real tiger? Not really! The original Mike passed away in 1956 from kidney disease, but no worries, his legacy has continued to live on.

The current tiger, Mike VI, lives in a 15,000 square-foot habitat on the LSU campus which features lush planting, a large oak tree, a stream and a waterfall. Before home games, he is moved to a trailer near the visitors’ locker room. What better way to scare off your opponents than with a 500-pound tiger?

Could We See These Mascots at the National Championship?

It certainly wouldn’t surprise us to see these mascots and their teams in the College Football Playoff National Championship. Don’t miss out! Join us in Tampa and enjoy great seats, premium hospitality and more.