As the first NBA All-Star Game to be played outside the United States, it is a very exciting time for basketball in Canada. “To honor this global celebration and pay tribute to Toronto – the site of the NBA’s first game – we’ve incorporated design elements that are inspired by the city’s basketball history, sports culture and unique fashion scene to make an All-star collection that players and fans will love,” said Chris Grancio, Adidas’ Global Basketball General Manager.

Rep your conference. Honor the city. The 2016 #NBAAllStarTO uniforms pay tribute to Toronto in every detail. pic.twitter.com/zTBddl7neE

The red-and-white Western Conference and white-and-blue Eastern Conference uniforms feature a maple leaf overlay on the front of the jerseys as a tribute to the national symbol of Canada, while Toronto's cityscape is featured across the back to represent the host city. Clean, single-layered fonts are a nod to the NBA's early days in Toronto, where the first NBA game was played on Nov. 1, 1946 between the Toronto Huskies and New York Knickerbockers.

A star patch that incorporates the maple leaf and NBA logo is displayed on the upper back of the uniforms, while black-and-gold jock tags display the Toronto Raptors' alternate team colors and claw logo. Featured on the jersey's neck liner and shorts' draw strings is a mosaic of flag colors that represent the multinational makeup of the league's players.

The NBA All-Stars will sport warm-ups that embrace Toronto's winter fashion and style. Black and heather gray fleece jackets include star patches that acknowledge the number of NBA All-Star appearances for each player, while patches on the right zipper pocket call out the game's top accolades, including: Kia NBA Most Valuable Player, Kia NBA Rookie of the Year, NBA All-Star Game MVP and NBA Championships. The on-court warm-ups also include a performance fleece shooting shirt and tapered pant with white and gold trim.

Sport the Gear at the Game!

Get to the Game! 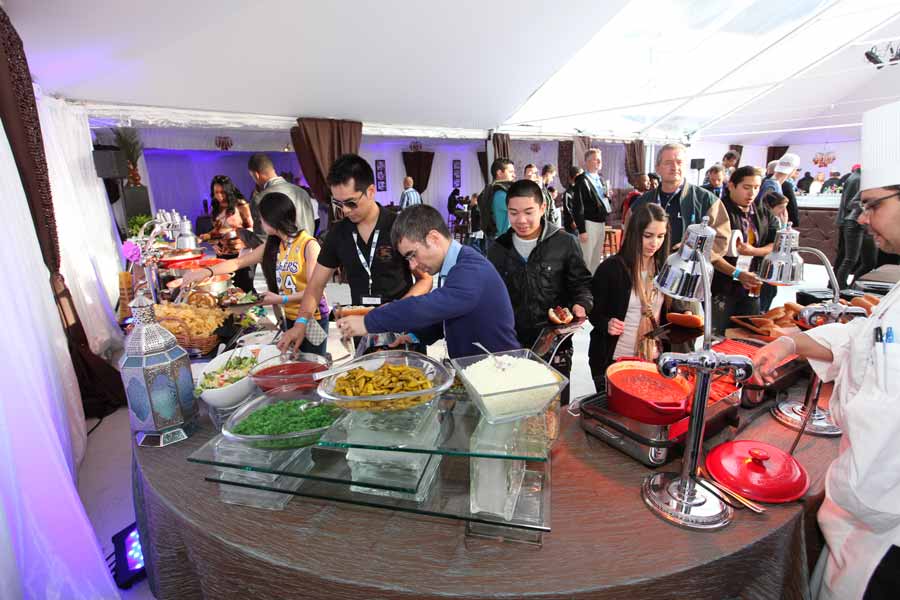 At this time all Official Ticket Packages for the 65th NBA All-Star Weekend are all sold out! Bummer I know. However, you can get on the wait-list to be contacted once more packages become available! Official All-Star Weekend access includes Legend meet-and-greet opportunities, in-arena private parties that offer gourmet food buffets, premium open bar, interactive experiences and so much more!

Some packages include a post-game ON-COURT experience on Sunday after the big game! Additional lodging accommodations can be purchased with three-night stays. Please note, ground transportation is only included with hotel packages. Let us take care of every aspect of your trip so you can focus on enjoying all that the NBA and Toronto have to offer!

Fill out the Ticket Package Information form on the right here and we’ll reach out once we have something that fits what you’re looking for! Through NBA Events, you’ll be front and center for the clash between the best of the best of the NBA. Get entrance to the State Farm All-Star Saturday Night, the 65th NBA All-Star Game on Sunday and the OFFICIAL hospitality party experience presented by NBA Events!

Get on the Wait List for the 65th NBA All-Star Weekend!