What You Need to Know About College Football Playoff

Take a look below at some quick facts you should know including how the process works, location and times of events, and how you can be there in 2016.

The Selection Committee is comprised of 13 people who will rank the top 25 teams in the country from among the ten FBS conferences and four FBS independents and assign the top four to semifinal sites.

How the Teams Are Determined

The Selection Committee uses a process to rank the teams based on conference championships won, strength of schedule, head-to-head results, comparison of results against common opponents and other relevant factors that affect a team’s performance.

Read more about how the selection process works.

Can a team automatically qualify for the playoff?

No. Every FBS team has equal opportunity and is looked at based on performance. 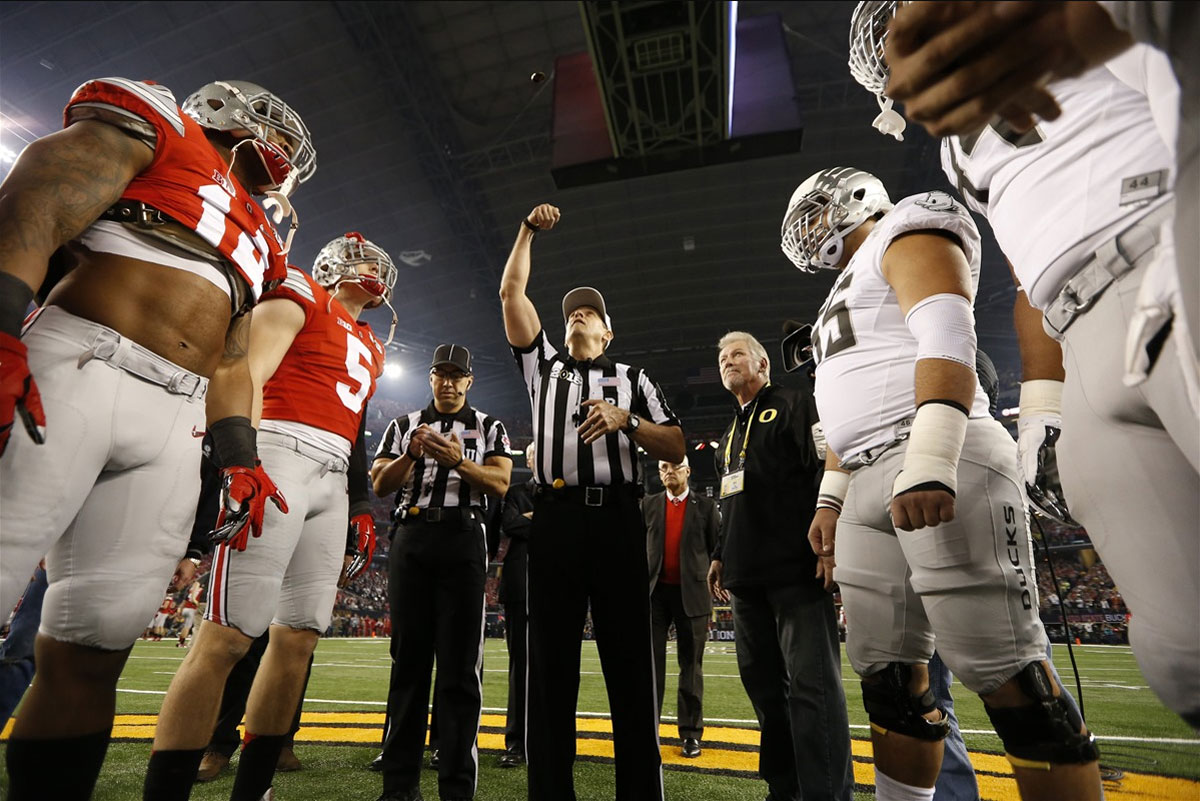 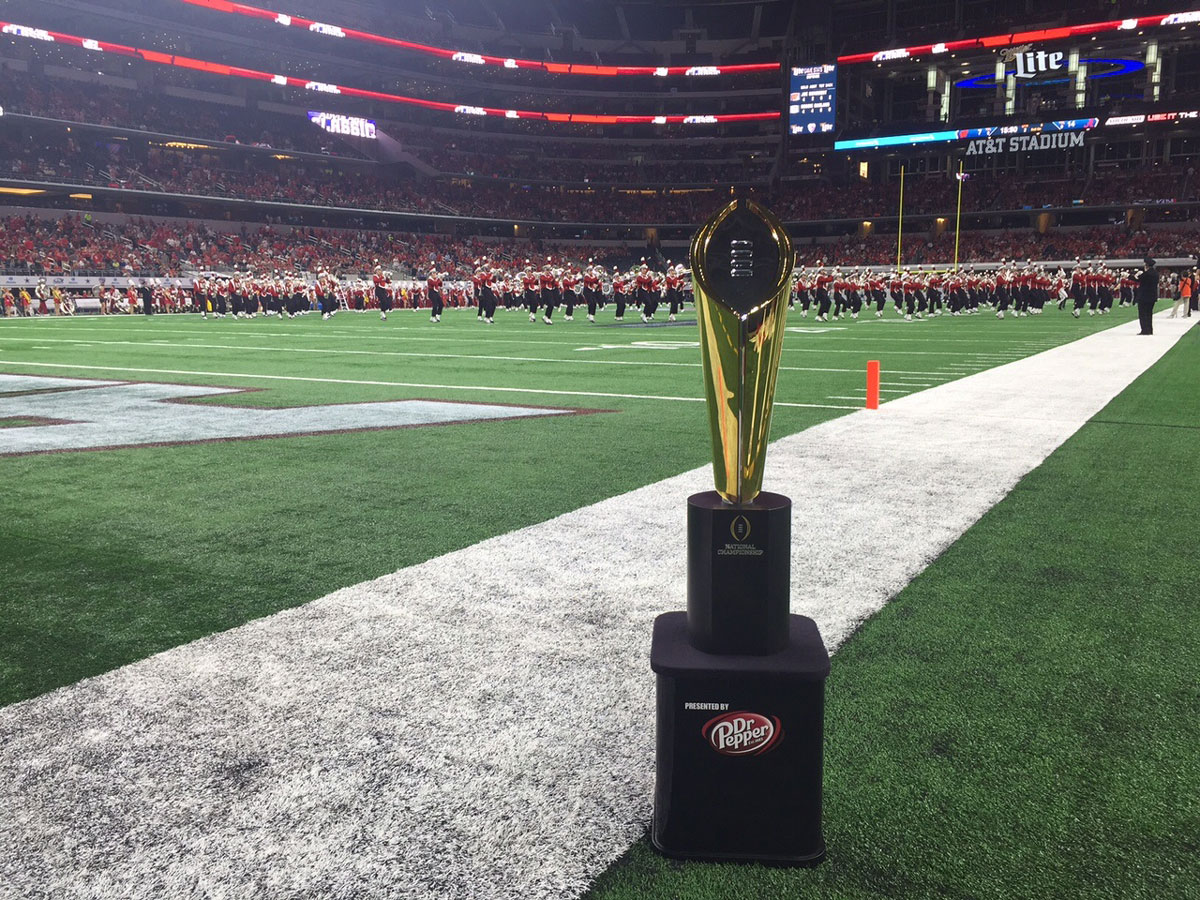 The College Football Playoff National Championship Trophy features a focused football at the center of the base that rises to form an actual-size ball. The trophy and base together stand at three feet high and weigh 23 pounds. The trophy is handmade from 24k gold, bronze and stainless steel.

Calendar for the 2015 Rankings

When is the 2016 College Football Playoff National Championship?

Where is the 2016 College Football Playoff National Championship?

The University of Phoenix Stadium in Glendale, Ariz. 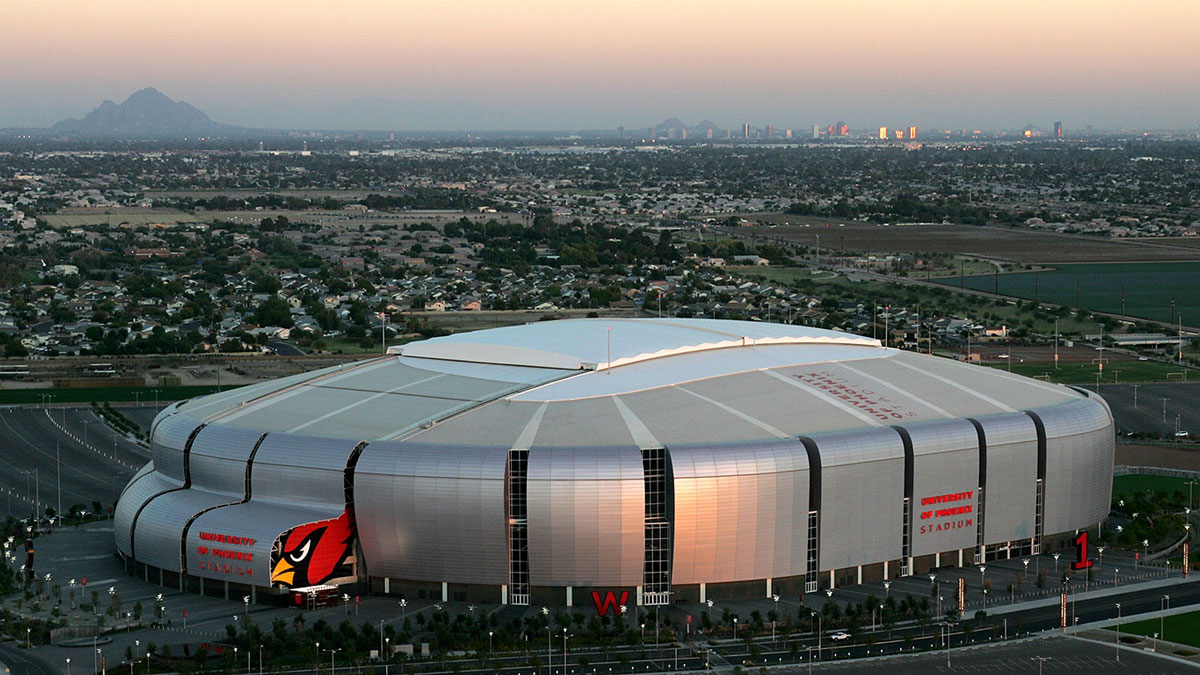 How is the location determined?

How long is the College Football Playoff contract?

College Football Playoff is contracted for 12 years, through 2025-26.

Playoff Premium packages include tickets, hospitality and hotel accommodations. Enjoy pregame hospitality access which includes a full premium menu, top-shelf open bar, collegiate football legends appearances and other interactive entertainment elements. Some packages also include exclusive perks such as the opportunity to get on the field after the game.

Images courtesy of and Information derived from College Football Playoff