Who Will Be Triple Crown™ Contenders in 2016? 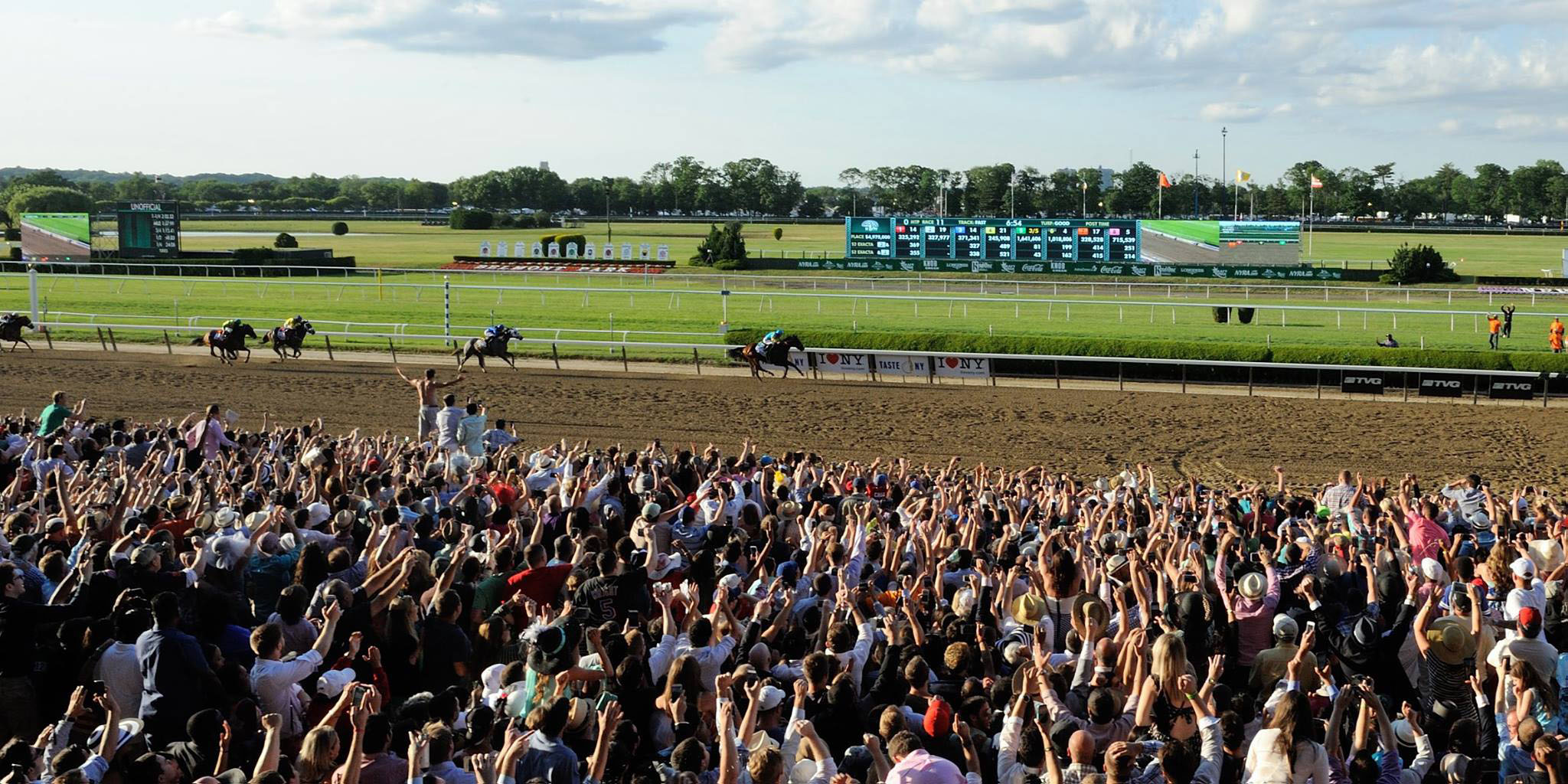 The third jewel of the Triple Crown™, the Belmont Stakes, is the final test for the Thoroughbred hoping to wear the crown.  When considering how successful a horse will be at a Triple Crown™ attempt, it’s important to keep in mind that it begins with the first gem – the Kentucky Derby®.  Tracking the Road to the Derby has given us a handful of standouts that we hope to see compete for all three legs of the Triple Crown™!

He was our number one pick prior to this weekend, but we’re feeling even more confident after his dominant sophomore debut at the Holy Bull Stakes.  Though he’s not currently first on the Road to the Derby standings, he’s weighing in at #2 and has delivered extraordinary performances in two important races – the Remsen Stakes and, just recently, Holy Bull.  He managed to beat out at least one strong Derby contender in each race, too: Flexibility also competed at Remsen, and Greenpointcrusader came in second at Holy Bull.

Mohaymen is still undefeated and has gained a bit of a reputation as the top Triple Crown™ contender on the East Coast.  Based on his recent success at Gulfstream Park, Mohaymen will most likely stay in south Florida to compete in the Fountain of Youth and Florida Derby prep races.

We wouldn’t dare ignore the golden boy who’s currently perched atop the Road to the Derby standings and recently topped the list of 2016 Triple Crown™ nominees!  In his five-race record, California-based Nyquist has five victories.  He beat out the competition to win both the Breeders’ Cup Juvenile and FrontRunner Stakes in 2015, earning 30 total points on the Road to the Kentucky Derby and solidifying himself as a strong prospect early on. 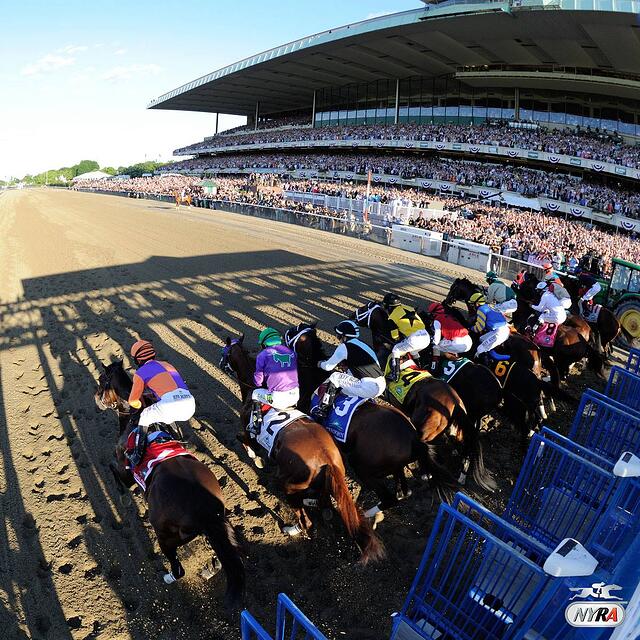 With that said, let’s remember that up until 2015, it had been 37 years since a horse had won the Triple Crown™.  American Pharoah reminded us that a long dry spell is no reason to doubt, and though historic odds may be against Nyquist, he’s already proven his worth against serious competition in his two-year-old races.  Maybe 2016 will be the year that the Breeders’ Cup Juvenile curse is broken!

Nyquist is currently slated to make his three-year-old debut in the San Vicente Stakes at Santa Anita in a couple of weeks.  If you’re familiar with the Road to the Derby, you may question why any sensible trainer would bother with a race that doesn’t offer any points on the trail – a legitimate doubt.  Nyquist’s trainer, Doug O’Neill, is one of only a couple of trainers who still work their charges the way it used to be done: start off the sophomore year with a sprint to sharpen things up, and then jump back into the two-turn routine.

Back in the day, this was a winning formula for greats like Secretariat, Seattle Slew, and Affirmed, but since the new points system was introduced, trainers can no longer afford to “waste time” on races that don’t offer points on the Road to the Derby.  Time will tell if this process works for Nyquist!  The San Vicente Stakes will pit Nyquist against Exaggerator, another Triple Crown™ hopeful trained by Keith Desormeaux, and we can’t wait to see who comes out on top.

Though he’s only competed in one race on the Road to the Derby, Airoforce was extremely impressive in his romp through the Kentucky Jockey Club Stakes at Churchill Downs.  This 1 1/16th mile win over a dirt track was a key victory for Airoforce for three reasons:

Airoforce’s experience at the Kentucky Jockey Club Stakes could prove to be invaluable, considering the Kentucky Derby is the first step on the path to the Triple Crown™ and May weather in Louisville can be highly unpredictable.  We're looking forward to his 2016 debut, which may happen at the Risen Star Stakes in a few weeks! 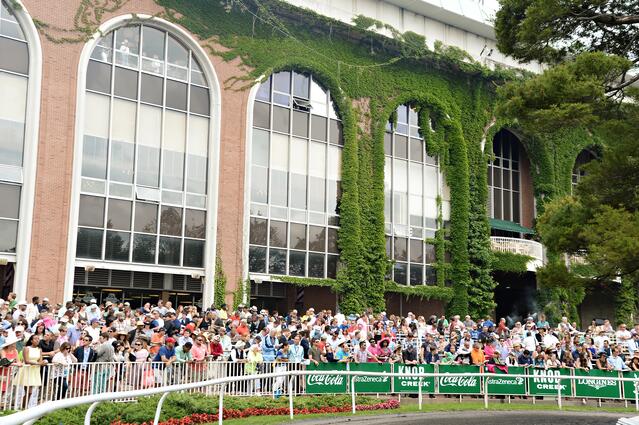 The Road to the Derby Heats Up

The intensity on the Road to the Derby is about to ratchet up – February 20th will see the Risen Star take place at Fair Grounds, a contest worth 50 (FIFTY) points!  From there on out, all races on the prep board (with one exception) will be worth either 50 or 100 points.

Be There for the Exciting Conclusion of the Race for the Triple Crown™!

Take in the Belmont Stakes the way it was meant to be experienced – from exclusive seats with lavish hospitality!  Upgrade to include two nights of accommodations at a lavish area hotel such as the Grand Hyatt New York or the Long Island Marriott.  Ground transportation to and from the racetrack is included in this upgrade, and a Thursday night hotel stay can also be added for the complete Belmont Stakes experience!

Find Your Seat at the 2017 Belmont Stakes!